Today is G day and there are so many books to share I don’t know where to begin! 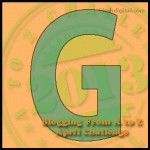 The first two I have chosen for you today are: 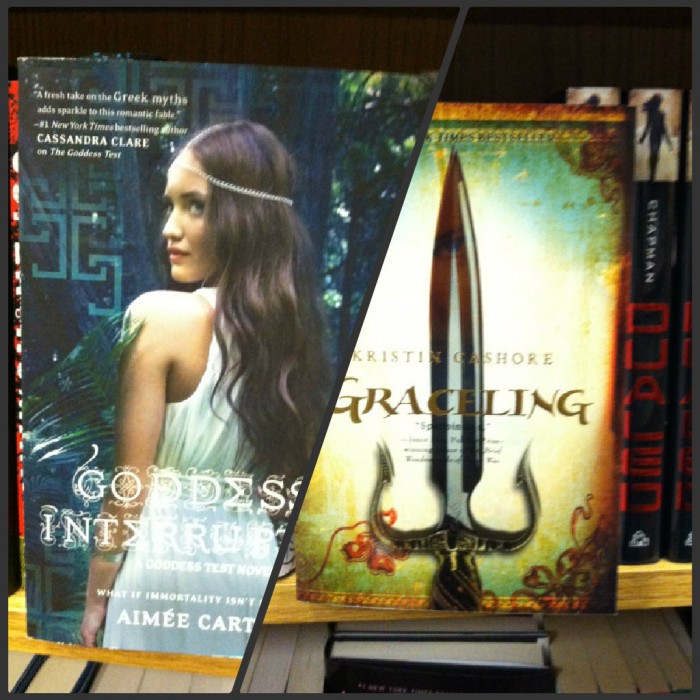 Goddess Interrupted is by Aimee Carter. Here’s what Goodreads has to say:

Becoming immortal wasn’t supposed to be the easy part. Though Kate is about to be crowned Queen of the Underworld, she’s as isolated as ever. And despite her growing love for Henry, ruler of the Underworld, he’s becoming ever more distant and secretive. Then, in the midst of Kate’s coronation, Henry is abducted by the only being powerful enough to kill him: the King of the Titans.

As the other gods prepare for a war that could end them all, it is up to Kate to save Henry from the depths of Tartarus. But in order to navigate the endless caverns of the Underworld, Kate must enlist the help of the one person who is the greatest threat to her future.

If you like Greek mythology then this might something that interests you. I’m not sure it’s right for me but I’d love to know if you’ve read it!

The other title is Graceling by Kristen Cashore.  From Goodreads:

In a world where people born with an extreme skill—called a Grace—are feared and exploited, Katsa carries the burden of the skill even she despises: the Grace of killing. She lives under the command of her uncle Randa, King of the Middluns, and is expected to execute his dirty work, punishing and torturing anyone who displeases him.

When she first meets Prince Po, who is Graced with combat skills, Katsa has no hint of how her life is about to change.

Well, it’s gotten some good reviews, so I might put this on my TBR list.  What about you? Have you read it?