A Train in Winter by Caroline Moorehead a TLC Blog Tour

Close your eyes and visualize with me for a minute.  France, 1930s, and women.  What comes to mind? Do you think of: 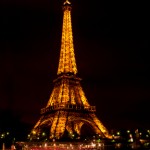 The Eiffel Tower?  Yes.  What about: 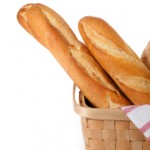 Do you think about fashionable french women?

But what about Hitler? Death Camps? Antisemitism? War or resistance?

These are topics you probably don’t naturally associate with France unless you know your French history.

A train in Winter by Caroline Moorehead, provides one of the most thorough investigations into women’s roles during the German occupation in World War II.  It is incredible to discover that regular women, housewives and mothers, became resistors to the war effort.

These brave and clever women made bombs, transported secret documents, and organized clandestine meetings right underneath the watchful German eye during the occupation of France.

These are the faces of powerful young women in France during the 1930s. 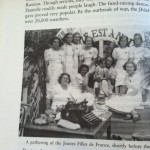 These incredible women performed acts that they knew were dangerous and could and would and did cost some of them their lives.  But they did them anyway.  They hid their children with relatives.  They often lived nomadic lives rarely sleeping in the same home twice.  And what I find most incredible about this?  They did not have the modern conveniences we have today.  There was no hairdryer or take out when they were hungry and needed a quick bite.  They couldn’t text a girlfriend to see if they could sleep at her apartment.  There was no GPS to track where their loved ones were being held prisoner.

None of that. But yet they persisted because they fought for what they believed in.  Many of these women were sent to concentration camps for being a Jewess or helping Jews or for resisting the Nazi occupation. They were beaten, gassed, shot, or worse.   Some of these women formed friendships during this incredibly difficult time.

So what can you take away from a fact heavy book like this?  That being a woman is not limiting, regardless of your situation or the time period in which you live.  It takes a bunch of ordinary women to make something extraordinary happen.  A train in Winter will force you to look at French women differently.

Perhaps you will catch some of their joi de vivre? 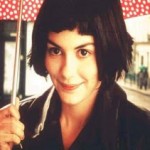 I give A Train in Winter by Caroline Moorehead four paws for its powerful depiction of women fighting for Jewish rights.