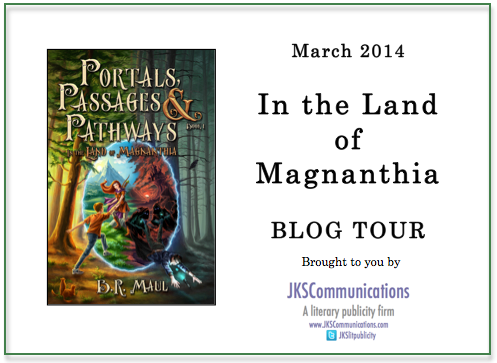 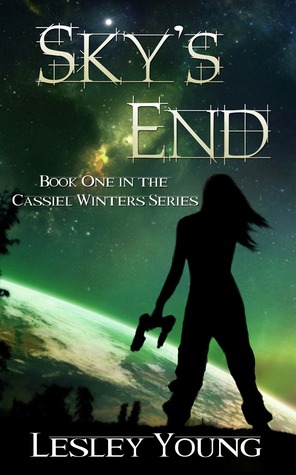 For someone releasing their first novel, you do an amazing job at blending genres – science
fiction, romance, adventure. What made you venture outside your roots in journalism to write
“Sky’s End,” and how did that background help make the fictional story more realistic?

Thanks! Journalism is exhaustingly serious, and I was tired of taking myself so seriously. The
minute I freed myself from those restraints, within 60 seconds of staring at a blank screen, this is what
poured (more like gushed) out of me.

That said, because I am a journalist, I wanted the story to be real. I guess the same integrity at
the heart of my health reporting was at play in “Sky’s End.” I just couldn’t buy in if Cassiel and
everything that happens to her wasn’t honest. That meant I had to root the science in some kind of
truth, and question every single scene, how the plot unfolded, her character development, the
dialogue…pretty much everything (including myself a million times — as in, ‘Can you really pull this
off?!’).

Your writing style really pulls readers into the action. Why did you decide to let Cassiel Winters
tell the story for herself?

Writing in past tense separates me from my characters, in the way that watching a television
show puts an ottoman, a coffee table, and 100,000 miles between me and the actual set.

Writing present tense connects me directly to characters’ here and now, and there’s not much in
life I find more enjoyable. The experience is visceral, palpitating, real-to-life, moment-by-moment
drama that I (and readers) get to live—through my characters.

Only after I started writing did I learn that people say present tense limits certain aspects of the
fiction technique, but so far I’ve found ways around that. Funny, I actually find it much easier to write
this way. I’m hooked!

What do you think makes Cassiel Winters such a unique character, especially when comparing to
other sci-fi books?

Well, for starters, she’s female – and there aren’t many in sci-fi novels out there. But mostly it’s
her voice. I didn’t want to get through lots and lots of plot before readers could get up close and
sometimes uncomfortable with her. I wanted Cassiel to be ‘naked’ to the world from day one. I wanted
her to amuse, and entertain, and disappoint readers just like real people do when you let them in. And,
hopefully, she does.

You say the science behind “Sky’s End” is based on real astrophysics?

Well, very loosely. But yes. Increasingly, a group of leading physicists have put forward a
theory to explain questions in quantum mechanics that baffled the likes of Einstein. And it is called M-
theory or multi-verse theory. Basically, string theorists make a pretty compelling mathematical case for
there being multiple universes out there. (Alert! Boring science stuff over.)

It just astounds me. Here we are, truly on the cusp of an amazing new understanding of our
place and relationship in the cosmos. I mean how could you not fictionalize that?

Other basic sci-fi stuff is rooted in some science (or credible scientific theorization). For
example, the space station is powered by helium. Then there is definitely fictionalization like how it is
Cassiel can travel between universes … I am prone to déjà vu myself. [Insert wild imagination and
‘ping’ — why, if there were, multiple universes, that would totally explain déjà vu!!] Hence, Cassiel
mistakes her ability to travel between dimensions as déjà vu for most of her life.

Soul Mate Publishing mainly releases romance novels, and you’re personally an avid romance
reader. How did that play a role in shaping the story of “Sky’s End” and the rest of the series?

100% total honesty here: I wrote what I wanted to read, and I am a romance fan.

It was only after I finished the book, and I started to query ‘romance’ agents and editors, who
rejected it because it was futuristic, or it ‘read’ sci-fi or the intern was rushed to hit that Guess sale, did
I realize how unique “Sky’s End” is. It is genre novel that is not a genre novel. Ack!

“Sky’s End” is suspense — Cassiel encounters mysterious events while chasing down clues to
find her brother and get to the bottom of the mystery of her role in the universe. It’s adventure —
there’s a combat test, high-speed chases, and other perilous cat-and-mouse pursuits. It’s sci-fi — the
book is set in the future and in outer space during earth’s early exploration days. And finally, “Sky’s
End” is romance — with lots of sexual tension between Cassiel and two strong, very different male
characters. (And no, it’s not another love triangle, or, at least, not a conventional one.)

The important thing is my editor at Soul Mate Publishing saw something she liked. She stepped
outside her wheelhouse for sure.

Who are some of your favorite authors?

They change all the time, but right now I really admire, and reread for inspiration, Charles
Portis (for the total package), Karen Marie Moning (for voice), Silvia Plath (for mood), Monica
McCarty (for pacing), and Charlaine Harris (for soft, entangled suspense). They are certainly pros for a
reason. Also can’t say enough good things about Elizabeth Wein’s “Code Name Verity.”

“Sky’s End” is the first book in a series. What’s next for Cassiel Winters?

Lots of mystery, excitement, adventure, and trials of the heart. I am up-at-night scared and
brimming hopeful for her. She’s got to sort out the big mystery she discovers at the end of Book One,
and she’s going to need help. The question is who will she turn to, and how will that play out. I don’t
want to ruin the fun, but there’s a pretty big surprise in store for her. I can’t wait to experience it!

P.S. An Unconventional Librarian is now an Elizabeth Wein fan too!