If I had read 100 Things to be When You Grow Up I probably would have had an even tougher time making a career choice! From beekeeper to snake milker to pet food taster, there are so many more jobs to choose from than I could have ever imagined as a kid.

When I was a kid I wanted to be (in no particular order):

Realistically, most of these jobs were unattainable for me, but it was certainly fun to daydream, right? That’s what so great about 100 things book: one woman, Shannon Walker, never imagined that as a young girl she could grow up to be an astronaut, but yep, that’ exactly what she became. It’s a dream come true for her and I’m sure many other people feel the same way about the jobs that they have. Especially the wacky and wild jobs noted in the book.  I mean, what IS a snake milker anyway?

You’ll hafta read the book for yourself.

What did you want to be when you grew up?

So…You might not know this about me but I love space stuff! I briefly worked at NASA many years ago and it was so much fun. I’ve always wanted to be an astronaut (who doesn’t) and now you thanks to the ultimate astronaut, Buzz Aldrin, you can be a space explorer too!

NatGeo’s done it again with  a book called Buzz Aldrin Welcome to Mars. 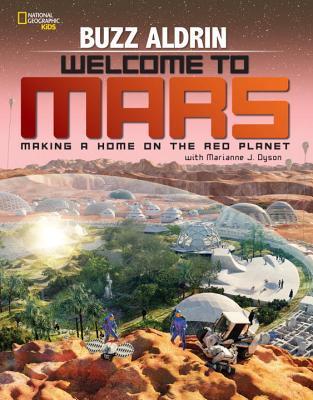 Because I’ve always wanted to be in space, I’ve simulated my video review here:

I’m thinking that once Mars is ready for settlement, there’s going to hafta be a library, right? I’m SO ready! If you’ve ever dreamed of going into space, here’s your chance to imagine what it would be like.