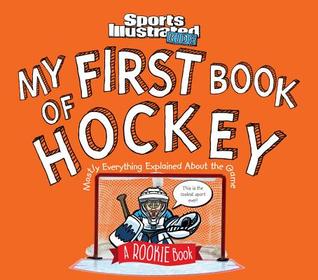 My First Book of Hockey

If it weren’t for Sports Illustrated Kids, I might never understand sports at all! Thank goodness they have published a hockey book. To be honest, though, I grew up watching hockey or rather I grew up going to hockey games waiting for the big guys on skates to start slamming each other around. And after all, when you’re a kid, what’s more exciting than watching a bunch of guys on skates chase around a tiny puck and slam each other into the boards?

Fortunately for you you don’t have to learn the rules of the game from me. Inside the book, written for the tiniest goalie in training is a super simple guide to hockey. It explains the number of players on a team, what they do and the different types of moves on the ice. From Power Play to Hat Trick it’s all inside.

The cartoon like cut out photographs are super fun and the little guy who’s trying to infiltrate the team will make little readers like they are seeing themselves in the game.