What’s on my Radar: Leeram in Fordlandia by Buell Hollister 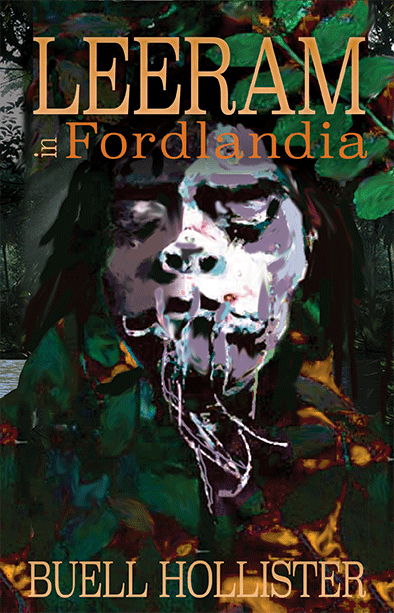 Here’s a title that might just keep me from leaving the house at night. At All.  EVER.  The book is called

Try not to look at the cover too much.  Unless you like to be frightened.

And speaking of frightening, if you read my post over at Good Enough Mother, you’ll see that summer is a great time to read scary stories! Check out my list of thrillers and chillers for the whole family.

You can certainly add Leeram to that list.  Here’s a bit about it:

Gilbert Greenbush leads a comfortable, if unexamined life in greater Boston, until he receives a shrunken head as a gift. Leeram, the head, has the personality of a New York cabbie and the two become the oddest couple ever to share space under a roof. Enter a real Amazon woman, Suxie Redbone and her beautiful young friend Lisa, both of whom Gilbert first sees in a naked PETA anti-fur protest.  An unpredictible series of events ensues that leads them to the Brazilian rain forest and an abandoned rubber plantation called Fordlandia. They establish a strange kibbutz, where Gilbert learns much about life after death from the Leeram.

So…shrunken head? Kibbutz? Sounds like the making of a great read!