M is for The Missing #AtoZ Challenge 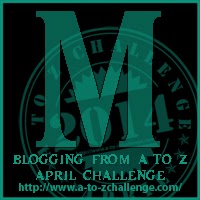 Today we’re highlighting The Missing series by Margaret Peterson Haddix. I love her Shadow Children series, which I am discussing with my tweenies at book club this week!

Thirteen-year-old Jonah has always known that he was adopted, and he’s never thought it was any big deal. Then he and a new friend, Chip, who’s also adoped, begin receiving mysterious letters. The first one says, “You are one of the missing.” The second one says, “Beware! They’re coming back to get you.”

Jonah, Chip, and Jonah’s sister, Katherine, are plunged into a mystery that involves the FBI, a vast smuggling operation, an airplane that appeared out of nowhere — and people who seem to appear and disappear at will. The kids discover they are caught in a battle between two opposing forces that want very different things for Jonah and Chip’s lives.

Do Jonah and Chip have any choice in the matter? And what should they choose when both alternatives are horrifying?

With Found, Margaret Peterson Haddix begins a new series that promises to be every bit as suspenseful as her Shadow Children series — which has sold more than 41/2 million copies — and proves her, once again, to be a master of the page-turner.

Doesn’t that sound great?  Anyway that’s the information behind the series.  Here’s what’s up in The Missing: Torn.

Still reeling from their experiences in Roanoke in 1600, Jonah and Katherine arrive in 1611 only moments before a mutiny on Henry Hudson’s ship in the icy waters of James Bay. But things are messed up: they’ve lost the real John Hudson, and they find what seems to be the fabled Northwest Passage;even though they are pretty sure that that route doesn’t actually exist. Will this new version of history replace the real past? Is this the end of time as we know it? With more at stake than ever before, Jonah and Katherine struggle to unravel the mysteries of 1611 and the Hudson Passage…before everything they know is lost.

Even more great, right?  I love the idea of the alternate history!

Have you read anything by Margaret Peterson Haddix? Let me know!