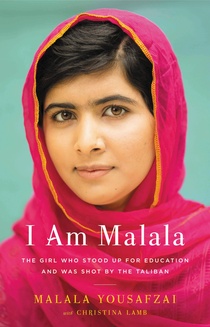 I Am Malala by Malala Yousafzai

When you finish a book like I Am Malala you feel different. Â As for me, I feel empowered, stupid, gluttonous, educated, angry and a host of other emotions. Â Just when I thought I knew everything there was to know about everything, then I read Malala’s story and realized that not only don’t I know everything, some of the things I think I know are INCORRECT.

You’d think based on what you’re hearing from the news that Malala’s people from the Swat Valley of Pakistan are a group of angry and militant people. That couldn’t be farther from the truth. The Yousafzai tribe (hence her last name) are very religious people who live conservatively and don’t want to harm others. Â It wasn’t until the Russians and the US got involved that things became difficult over there.

So here you have a young girl, much like any young girl, who just wants to go to school. As you know, she was shot for wanting all girls to have an opportunity to go to school. Â Isn’t that crazy? Wanting something so simple that we take for granted: education. Because she spoke out for girls she became targeted because those in charge (government? terrorists? religious zealots?) saw her as a threat.

While I’m very happy that she has survived and enlightened us with her plight, I am saddened and outraged that many girls in the East don’t have the same opportunities to go to school that my own little daughter had. Let’s not forget that just a century ago, my little one would have gone to a segregated school, if at all, so the similarities in women’s rights are astonishingly similar.

Malala is a powerful story, one that everyone should read. I am Malala. You are Malala.

Malala is every girl. 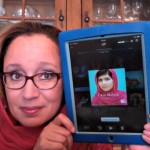