Entering the courtyard of the Watcher compound, I found three of my brothers, Thomas, Simon, and Avery, seated around the roaring fire. The smell of venison and red cedar firewood made my mouth water and I realized I hadnâ€™t eaten since yesterday. I needed to take my own advice and have a meal.

The food brought back to mind what had just happened with Katrina. The thoughts made my heart race and shortly my it pounded so loud, I felt certain everyone in my compound could hear it. I saw something different in the way she looked at me and I was sure it wasnâ€™t just because I had yelled at her. Was the fact Iâ€™d cut myself and let her feed directly from my wrist, the reason that she saw me differently? After all, I had never had to hand-feed her before. But since she hadnâ€™t awakened until afterwards, she didnâ€™t know I had given her blood from my arm, or that she had actively engaged in a direct feeding.

I knew of course, it was strictly forbidden for a Watcher to give blood directly, but when she fainted she was clearly in danger of dormancy, so I acted. My only thought at the time, was getting fresh blood into her as quickly as possible. As my knife opened the vein on my wrist, the scent made her nostrils flare and the same instinct that kept vampires alive for centuries kicked in. She grabbed my arm and began to feed. The movement was so swift and powerful I wasnâ€™t sure I could have stopped her even if Iâ€™d wanted to.

The feeling I had while she was feeding could only be described as pure euphoria, and only the sound of my brother coming up the stairs made me break the bond. I quickly carried her to a side room to recover. â€œBreak the bond.â€ Why had I thought of it that way? WasÂ thatÂ it? Had that short feeding changed everything between us?

I calmed as I began my meal. I needed to fortify myself since my brothers and I would be giving and storing blood for our charges for the trip.

Although Baron Von Dracek would surely hunt along our journey, in the event there was no game available in the high country, the added availability of Crimson would definitely be needed. Nothing gives strength to a vampire like the human blood in Crimson.

As I sat by the fire, my oldest brother, Gunter, approached.

â€œWe missed you at training today,â€ Gunter told me gruffly. â€œDonâ€™t let it become a habit. None of us can be the weak link.â€

I was the youngest of seven brothers, something the other six never let me forget.

It was exciting to think I would now have a chance to prove myself on this journey. As Katrinaâ€™s Watcher, I was bound to protect her no matter what might happen, even to the point of giving my life for hers, something our family had done for generations.

â€œQuinn,â€ Gunter started to pace, â€œOnly four of us will accompany the Baron and Katrina on this trip, and Iâ€™ve decided you are too young and untried in battle to be one of the four.â€

I jumped to my feet, pulled my sword, with anger I didnâ€™t know I possessed, looked Gunter straight in the eye and through clenched teeth I yelled, â€œI dare any of you to try to keep me from my duty. Nothing is going to stop me from going on this trip, including you, Gunter. If you have any doubts, let us settle them here, and now.â€

Gunter gave Thomas a surprised look, and slowly rose from the seat he had just taken by the fire. Looking around at the others, he shrugged, â€œAll right, little brother, letâ€™s see what youâ€™ve learned.â€

As I backed into the open part of the courtyard, Gunter drew his sword and we prepared to fight. The fire reflected off our blades and made them seem to jump in our hands, as we circled first right and then left. Gunter lunged, his sword held high. When moments before I felt tired and weak, I was now invigorated by both my anger, and the thought my brothers would try to leave me behind.

I countered Gunterâ€™s move, our swords sparking once, twice. Out of the corner of my eye, I could see servants and my other brothers gathering. Guards were now yelling encouragement from above.

Gunter was strong, but I was fast and that easily made up for his extra years of training. I had always been a quick study and even before I was allowed to train with my brothers, I had mirrored the movements made during their mock battles, over and over again. Although Gunter had trained all of us, his eyes showed surprise at my proficiency; and at something in me he hadnâ€™t seen before- pure rage. The rage brought an adrenalin surge that made me stronger, quicker, and more alert. We fought across the compound. Then Gunter made a mistake, and I seized my chance. As he lunged, I easily jumped aside. As he whirled by me, I whacked him on the back of the head with the hilt of my sword.

Gunter grunted, turned, and charged. I ducked his blow. Too late Gunter realized his mistake; his momentum had brought him closer than he wanted. With the new-found power of my anger, I hit him hard in the gut with my fist. Gunter bent over in with a gasp of pain and shock, and as I backed away, the now crowded courtyard erupted in cheers and laughter.

â€œI guess your little brother showed you a thing or two, Gunter,â€ a guard shouted from above.

Gunter raised his head, his hands still on his knees, and yelled, â€œDonâ€™t you all have work to do? Be gone, morning comes quickly!â€

Still breathing hard, I remained in attack stance, ready to continue if I must. The adrenalin still rushing though me would enable me to take onÂ allÂ of my brothers, one-by-one if I needed to. I would not be denied. The coming journey was my destiny, now more than ever.

Gunter slowly stood and put his sword back in its scabbard.

â€œWell, little brother, youâ€™ve learned well and I have obviously misjudged your skill. You have just earned the right to join us. So it will be the two of us, plus Thomas and Simon on this journey. Be ready, we leave before dawn. 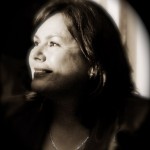 1. How long does it take you to write your books?

2. Do you like to have the book finished before submitting it for publication?

E.L: I publish them myself, so yes I do.

3. If you were not writing, what would you want to be doing for a living? What are some of your other passions in life?

E.L:Â  Interior design. I am a decorative painter and I always have loved that.

5. Have any authors been particularly influential to your writing process?

E.L: Being a vampire lover, I love Anne Rice. But I have to say that Hans Christian Andersen really started fascination with fantasy. I loved his stories as a kid, I still do.

6. Have you written any poetry?

7. What is the biggest challenge you face as an author?

E.L: Marketing is the biggest challenge. I think most authors would agree.

8. Do you have any specific writing rituals?

E.L: I have to have sound on, usually the television. Having it quiet drives me crazy.