The Hunger Pains by Stefan Petrucha and Rick Parker

If you know anything about me, you know I LOVES me some Hunger Games.  Imagine how delighted I was to hear from Jesse at Papercutz asking me to review a parody called The Hunger Pains.  What?? Of course! To make matters worse, we serendipitously met in New York at BEA and voila, I’m his new stalker !! Prolly.

If you like wacky Mad magazine funny, this is the series for you.  It’s clever AND it’s written like a comic book which makes it easier to read! 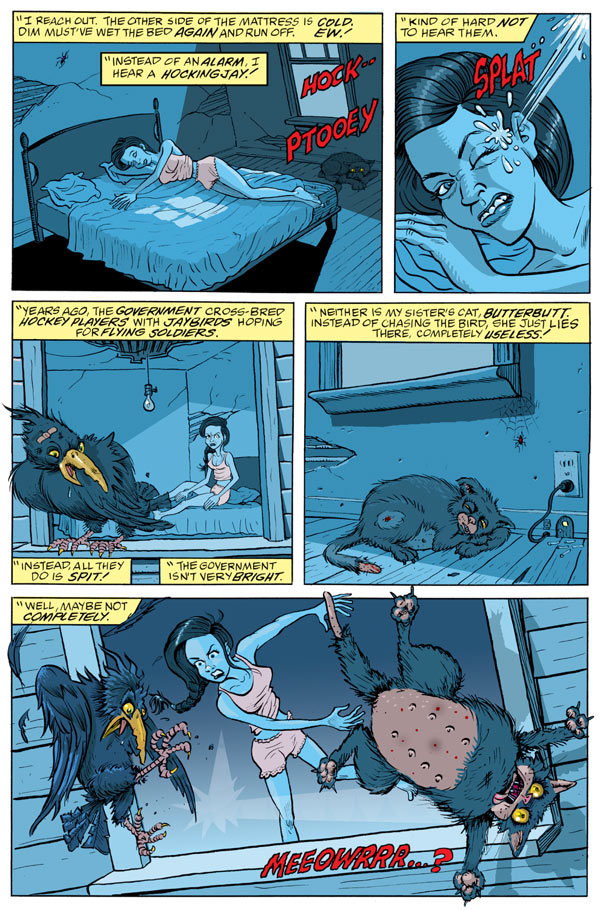 If you haven’t read all three in the series you might not understand the book AND it contains spoilers so, choose wisely.

I don’t think the book is for the kiddies.  Maybe YA.

But oh so FUNNY!