Excerpt from Praise of Motherood by Phil Jourdan

Please enjoy this excerpt from Praise of Motherhood, a touching memoir by Phil Jourdan. Then read on to learn how you can win huge prizes as part of this blog tour, including $500 in Amazon gift cards and 5 autographed copies of the book.

It was Veterans Day; the Pope spoke into a microphone so the thousands around him could hear his weary voice. And in the airport lounge my sister and I waited for our flight to take off, trying not to listen to the televised broadcast of the Pope’s solemn speech. I held my sister’s hand and heard her say fuck for the first time.

“fuck, do you think she’s going to be okay”

and the Pope went on, speaking of the dead, the men whose lives had been lost in a terrible war, and he praised them, their families, for the courage they’d shown. He spoke of Christ, but not much. Sometimes he closed his eyes and paused. From the airport lounge, sitting in front of the television screens, I had to rely on the cameras for a sense of what being there was like. Safe and comfortable and mourning out of patriotic or humanistic duty, in a spirit of contemplation. The Pope did not know that my mother was dying in a little hospital in Portugal. Neither did the lady who announced, on the intercom at the airport, that out of respect for the men who had lost their lives during the war however many decades ago now, we were all invited to stand for two minutes of silence. Everyone else in the lounge stood up, but my sister and I remained in our seats and hugged each other.

As far as I knew, my mother was dying or dead, a small, tanned Portuguese woman with curly dark hair and two dogs, two kids, a lovely loving wonderful lady, all of that sob-story stuff. It turned out that when we were waiting for our flight, she was still alive. She would only die in the evening, after the Pope was done speaking and everyone was having dinner and no longer thinking about the veterans. But nobody had warned me. Nobody had 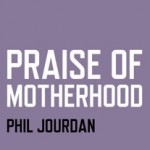 warned anyone. Everybody was on the way to Portugal, my uncle, my grandfather, me and my sister, all of us trying to protect someone. They didn’t tell me what had happened until I arrived in Portugal. I didn’t tell my sister everything I knew, which was next to nothing, because I wanted to think I could protect her. I spoke to my father on the phone and he was in tears: “I will be there when you land,” he said,

And he broke into tears and hung up. They had been separated fifteen years.

On the plane my sister and I spoke little. I told her it’d be okay. I told her even if the worst happened, I’d be around for her. You’re my little sister. Tell me about Denver. How are classes going? She gave short, bored answers, and she asked me about my life. I told her I’d been about to take the train to Paris from London with a friend when I found out something was wrong with our mom.

“but what’s wrong with her” my sister said

“why don’t they just tell us”

“because they’re trying to keep us sane”

When we arrived in Portugal, and I saw my family standing together waiting for us — my grandparents, my father, my aunt — I knew at once there was no hope.

As part of this special promotional extravaganza sponsored by Novel Publicity, the price of the Praise of Motherhood eBook edition is just 99 cents this week. What’s more, by purchasing this fantastic book at an incredibly low price, you can enter to win many awesome prizes. The prizes include $500 in Amazon gift cards and 5 autographed copies of the book.

About the book: Praise of Motherhood is a son’s tribute to the woman who not only gave him life, but helped him live: through various psychotic breakdowns, tumultuous teenage years, and years of feeling out of place in the world. Get it on Amazon or Barnes & Noble.

About the author: Phil Jourdan fronts the lit-rock band Paris and the Hiltons, runs the fiction press Perfect Edge Books, and occasionally works on a PhD. Visit Phil on his blog, music site, Twitter, Facebook, or GoodReads.