Diversity Reading Challenge 2016. How’d You Do? 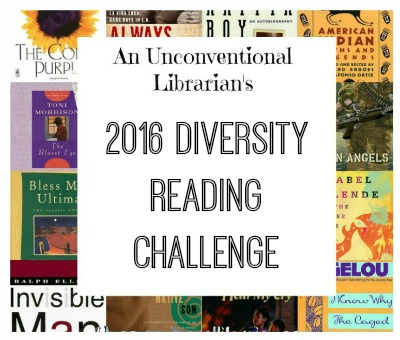 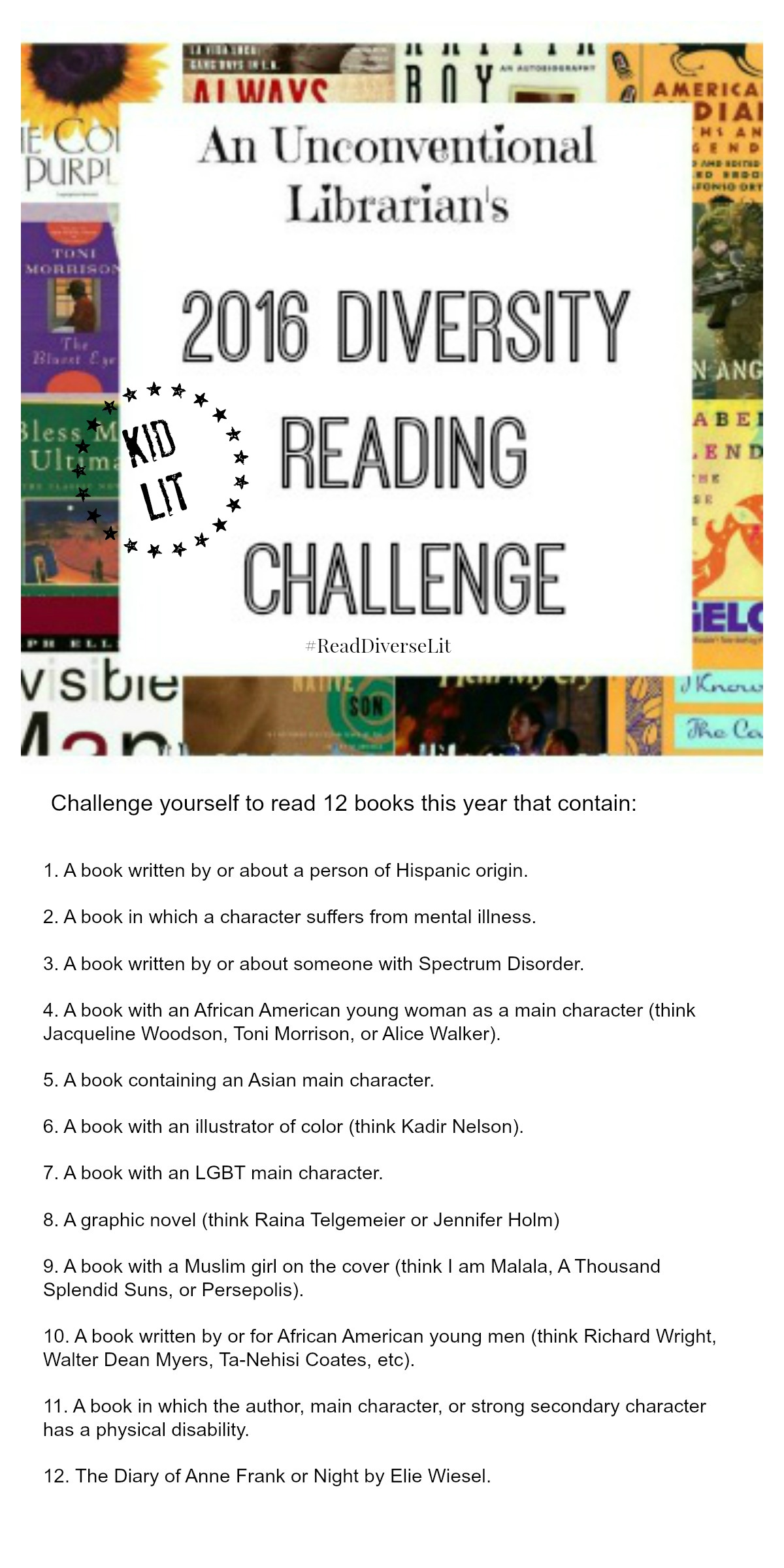 Wanna see how I did?

A book written by or about a person of Hispanic origin. I read When I was Puerto Rican by Esmeralda Santiago.
A book in which a character suffers from mental illness. Ooops missed this one.
A book written by or about someone with Spectrum Disorder. I read: Rain Reign by Ann M Martin.
A book with an African-American young woman as a main character. I read The Mighty Miss Malone by Christopher Paul Curtis.
A book containing an Asian main character. I read What Was It Like, Mr. Emperor?: Life in China’s Forbidden City by Chiu Kwong-chiu.
A book with an illustrator of color (think Kadir Nelson). I read: Lillian’s Right to Vote: A Celebration of the Voting Rights Act of 1965. The illustrator is Shane W. Evans.The author is Jonah Winter.
A book with an LGBT main character. I read Aristotle and Dante Discover the Secrets of the Universe by Benjamin Alire Saenz.
A graphic novel. I read Persepolis. Also doubles as Muslim girl on cover.
A book with a Muslim girl on the cover. I read Persepolis. It also doubles as a graphic novel.
A book written by or for African American young men. (think Walter Dean Myers) I read Between the World and Me by Ta-Nehisi Coates.
A book in which the author or main character has a physical disability. I read The Six by Mark Alpert.
The Diary of Anne Frank or Night by Elie Wiesel.  I read Night by Elie Wiesel.
So, while I read a lot of books in 2016, I did not accomplish reading a book about someone with a mental illness. I thought I’d had. I’m sure I can do better in 2017.
How did you do?