My Bestie Jennifer Weiner and Halloween!

As you all know, PammyPam loves Jennifer Weiner! We ‘met’ at BEA and she’s been begging me to be her bestie ever since!Â  I was happy and thrilled when she announced her new e-short story just in time for Halloween.

The short is called Memoir of Grief. Here’s what they’re saying about it:

Artists have their appetites. This is what Ellie King would tell herself when discovering lacy panties in the backseat of her husband Gerryâ€™s Cadillac, when Gerry was too self-involved to embrace their only son, or when he insisted on summers in the Hamptons and bespoke suits from London when, in fact, as critics pointed out, his once thriving writing career was past its prime, and they were buried in debt.

Yet, Ellie tried her best to portray the charmed, whimsical life she had dreamt of since her days as an English major at Wellesley College — the kind of life a sophisticated literary couple should be leading: chauffeured soirees, nostalgic trips to Europe, cozy evenings filled with cups of strong black espresso. The skeletons that Gerry King harbored in his closet were known by only one other person: Ellie. And she wanted to keep it this way. She had given up everything for him.

However, when Gerry dies of cancer, he leaves something behind that would expose all of their dirty secrets; something that would jeopardize the mask that Ellie worked so hard to front. And when it gets into the wrong hands, Ellie is forced to do the unthinkableâ€¦

In A Memoir of Grief (Continued), Jennifer Weiner exposes a womanâ€™s world of shattered dreams and raises an intriguing question: How far would you go to protect your pride?

Jennifer Weiner was voted #14 on Time magazine’s list of “140 Best Twitter Feeds.” Placing hers among the feeds that are â€œshaping the conversation,â€ the magazine celebrated her “must-read” live Bachelor tweets, noting that “rarely has there been such an ideal pairing of material and writer.” This past summer, she live-tweeted “The Bachelor” for Entertainment Weekly’s more than two million followers. She continues to write for the Huffington Post and on her own blog at www.jenniferweiner.com, which now has over 1.5 million visitors a month. She can also be found on Facebook, and, in real life, Philadelphia, where she lives with her family. She is currently working on a non-fiction collection of essays.

Aaaaand because I know you love a good party, I thought you might want a sneak peek.

So here it is…

Sheâ€™s never looked better,â€ Peter Schmidt said to his boy of the moment,
from a corner of the kitchen.

Ellie was in the hallway, her little dog Duncan trotting briskly at her
heels, two trash bags in her hands, filled with the leavings of her husbandâ€™s
memorial party: empty tinfoil trays that had once held kugel and lasagna,
miniature bagels, whitefish salad, lox. She shouldnâ€™t have been able to hear
anything from the kitchen, but, after forty years in their apartmentâ€”my
apartment, her mind amended; even with Gerald six weeks gone she found
herself continually working to remember that the apartment on the Upper
East Side, with its spacious living room that overlooked the park and its
dingy kitchen that overlooked an air shaft, was her apartment now, or would
be, for as long as she could afford itâ€”she knew the acoustics well. There
were corners of the living room where you could hear everything in the
guest bedroom; from the master bathroom you could listen in on every word
uttered in the front hall.

â€œDeath becomes her?â€ That was Peterâ€™s boyâ€”or rather the boy Peter was
chasing, a literary agent named Simms Downing, slim-hipped and graceful,
his hair in a neat ponytail and his eyes dark as river-wet granite stones, all of
twenty-seven to Peterâ€™s sixty-two. People had known exactly what was going
on after Peter, the editor of Paradigm Press, whose longtime companion of
thirty years had died of a heart attack the year beforeâ€”had started paying
six-figure advances for every proposal the handsome young agent had
brought him, including a collection of free-verse poetry and cocktail napkin
doodles by the not-famous bass player in a once-famous band.

How cool does THAT sound?Â  Very, right?Â  You can pre-order now on: Amazon.com, Apple iBooks, BarnesandNoble.com, and Simon & Schuster. A Memoir of Grief (Continued) continues in the now-annual tradition of Jenniferâ€™s Halloween short stories, following last yearâ€™s bestselling Recalculating.

Happy Halloween from my bestie and me! 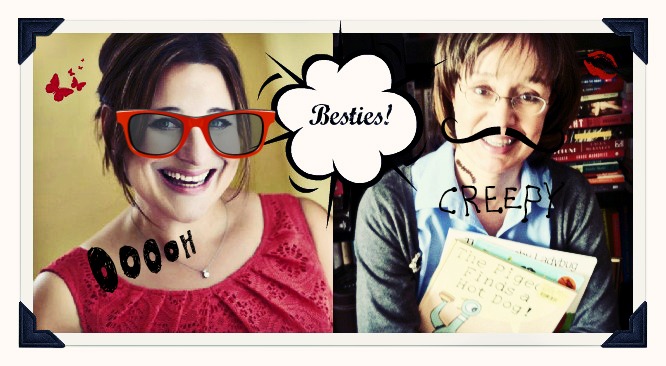