Here we are at V day! It’s hard to believe we made it most of the way through the alphabet, but yep, we did! Don’t give up on us just yet, cuz I still have more to share! 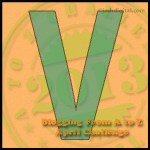 Can you take a guess at what book(s) that start with the letter V? 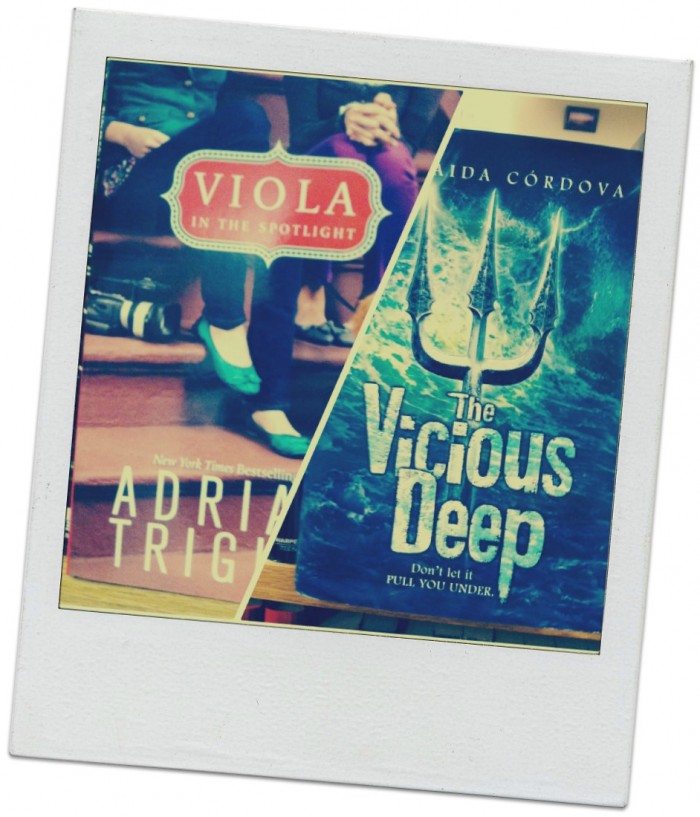 The two I have for you are Vicious Deep by Zoraida Cordova.  Here’s the scoop from Goodreads:

For Tristan Hart, everything changes with one crashing wave.
He was gone for three days. Sucked out to sea in a tidal wave and spit back ashore at Coney Island with no memory of what happened. Now his dreams are haunted by a terrifying silver mermaid with razor-sharp teeth.
His best friend Layla is convinced something is wrong. But how can he explain he can sense emotion like never before? How can he explain he’s heir to a kingdom he never knew existed? That he’s suddenly a pawn in a battle as ancient as the gods.
Something happened to him in those three days. He was claimed by the sea…and now it wants him back.

Sounds interesting, right? Kinda like a Greek God thing gone wrong! So he’s like King Triton? I’m intrigued.  Book two, The Savage Blue  comes out in a couple of weeks, gonna check that out for sure…

Next up we have Viola in the Spotlight.  This is the second in the Viola series, the first title is Viola in Reel Life.  Here’s a synopsis from Goodreads.

I am in the midst of a conundrum.

Viola is finally where she belongs–back home in Brooklyn, where there are no khakis or sherbet-colored sweaters and people actually think her yellow flats are cool. With two whole months of nothing to do but hang with her two best friends, Andrew and Caitlin, this is going to be the best break ever!

But her BFFAA, Andrew, has started acting weird around her, and a new boyfriend has her friend Caitlin ditching her every chance she gets. When Viola’s roommates from Prefect Academy show up for a visit, she starts to wonder–is Brooklyn where she wants to stay? When a tragic event shakes everyone’s world, Viola realizes it’s not where she belongs that matters–it’s who she’s with that really counts.

In this heartwarming follow-up to bestselling author Adriana Trigiani’s teen debut, Viola in Reel Life, Viola just may be ready to get out from behind her trusty video camera and take the starring role in her own life.

So, I almost glossed over this title because it seemed like another dull YA book that doesn’t deliver.  But after reading the reviews, I’m intrigued.  I loved the Sisterhood of the Traveling Pants series and someone suggested that this series makes you feel good just like that.  And who doesn’t want to feel loved by a group of best friends?

I’m going to keep my eye on this one!

Do you have a V book for me? Have you read these?