Wow! Is it really U day? 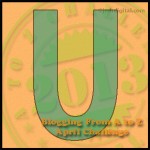 I have three titles for you today! 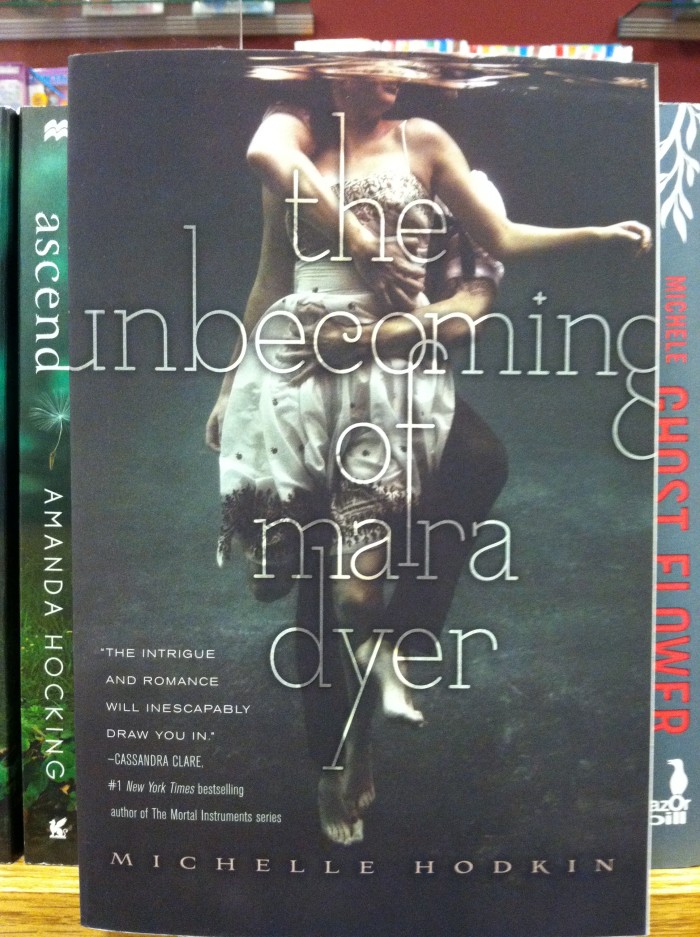 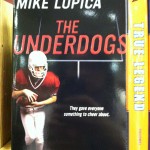 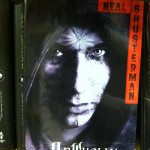 Three titles that are very different from each other.  Let’s take a look:

The Unbecoming of Mara Dyer by Michelle Hodkin.

Mara Dyer doesn’t think life can get any stranger than waking up in a hospital with no memory of how she got there.
It can.

She believes there must be more to the accident she can’t remember that killed her friends and left her mysteriously unharmed.
There is.

She doesn’t believe that after everything she’s been through, she can fall in love.
She’s wrong. (Goodreads)

Sounds interesting, right?  The reviews are mixed but I like the idea of amnesia and trying to figure it all out.  Have you read it?

Next up is Mike Lupica.  Lupica is a prolific writer who writes sports books for teen guys and the tween guys.  This particular title, The Underdogs, how can you not love the title?  Here’s a blurb from Goodreads:

Will Tyler can fly on a football field. He may not be the biggest running back around, but no one can touch him when it comes to hitting the hole and finding the end zone. And no one can match his love of the game. When Will has a football in hand, he may as well be flying for real because life can’t touch him – his dad isn’t so defeated, his town isn’t so poor, and everyone has something to cheer for. All of which does him no good if the football season is canceled. With no funding for things like uniforms and a cared-for playing field, with seemingly every other family moving to find jobs, there simply isn’t enough money or players for a season. Unless one kid can rally an entire town and give everyone a reason to believe . . .
For fans of his bestselling novels “Travel Team” and “Million-Dollar Throw,” Mike Lupica delivers a feel-good sports story that will have readers cheering where they sit.

I love to sell Mike Lupica books to boys who claim they don’t like to read; they will almost always walk away with a Mike Lupica book.  I would like to see Lupica write more books about other types of sports too, including hockey and soccer or tennis.  Or maybe even snowboarding?

The final book I have for you has a gruesome cover: Unwholy by Neal Shusterman.   The cover alone frightens the heck out of me but I’ve been told not to let that deter me.  I’ve heard many good things about the Unwind series.

Thanks to Connor, Lev, and Risa—and their high-profile revolt at Happy Jack Harvest Camp—people can no longer turn a blind eye to unwinding. Ridding society of troublesome teens while simltaneously providing much-needed tissues for transplant might be convenient, but its morality has finally been brought into question. However, unwinding has become big business, and there are powerful political and corporate interests that want to see it not only continue, but also expand to the unwinding of prisoners and the impoverished.

Cam is a product of unwinding; made entirely out of the parts of other unwinds, he is a teen who does not technically exist. A futuristic Frankenstein, Cam struggles with a search for identity and meaning and wonders if a rewound being can have a soul. And when the actions of a sadistic bounty hunter cause Cam’s fate to become inextricably bound with the fates of Connor, Risa, and Lev, he’ll have to question humanity itself.

Rife with action and suspense, this riveting companion to the perennially popular Unwind challenges assumptions about where life begins and ends—and what it means to live. (Goodreads)

Tissue transplants and morality? BOOM POW! This is so going on my TBR list for summer vacation!

Do you have a U title for me?  What do you think about the ones I’ve highlighted?