The Year of the Great Seventh by Teresa Orts

I just finished a fun romp called The Year of the Great Seventh by author Teresa Orts.  Here’s a synopsis:

Sophie has always felt out of step—an outsider, even amongst friends in her high school with all the hype about celebrity culture. Her life in L.A. seems to have been already written for her, but when her junior year starts, it all takes a drastic turn. When she c 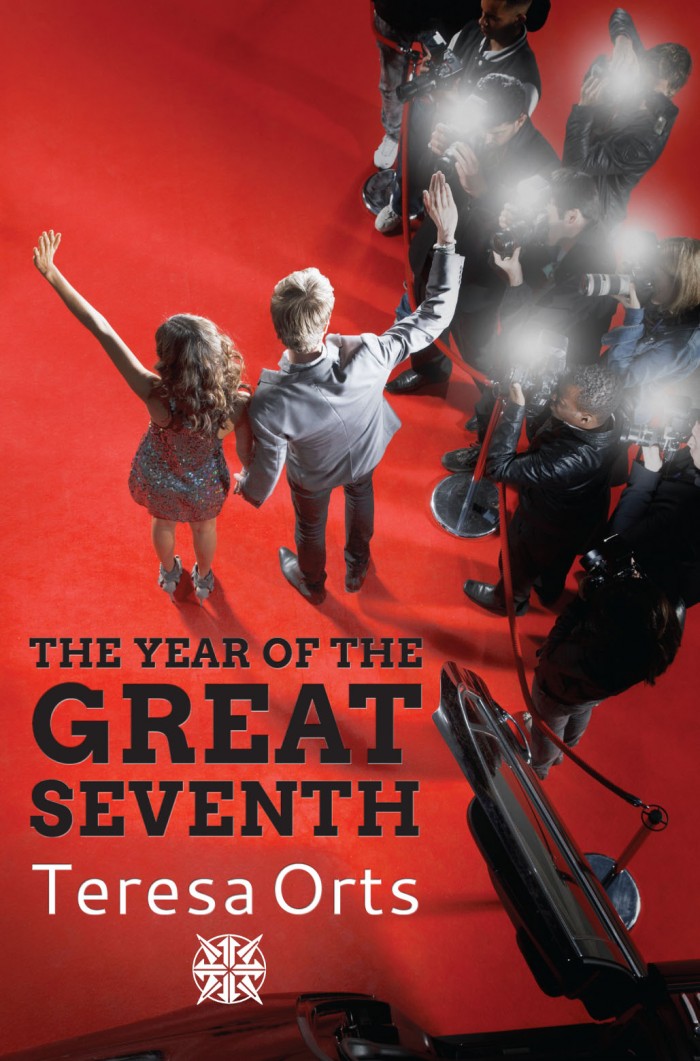 rosses paths with the school’s heartthrob, Nate Werner, they fall for each other in a way neither can understand. What they don’t know is that by giving in to their desires, they are unlocking an ancient Egyptian prophecy that threatens to return Earth to the dark ages.

To undo the curse, Nate and Sophie embark on an adventure that takes them across the country. But their quest is not only to save the world as they know it. It is also a fight for their very survival. Behind the scenes, there are those that are counting on them to fail.

There’s a lot going on with Year of the Great Seventh.  I liken it to Twilight meets Beverly Hills 90210 meets Nancy Drew.  The main character, Sophie, lives in the glamorous world of LA, actors as friends, expensive parties, etc.  But yet, all she wants to do is study history like her father.  She is inexplicably attracted to Nate Werner, the uber-sexy uber-riche bad boy of the school.  Throw in a mix of Egyptian prophecy and you’ve got some confusing things going on.

It’s not that I didn’t like the story. To be sure, there were some fun parts and some psychological twists.  But what I’m not so keen on are the parts about this boy who is so bad for her but yet they are drawn to each other. I don’t want to add any spoilers so I’ll say no more about the bad boy.

I can see how a teen might enjoy the story:  Who doesn’t dream of having a handsome boyfriend to protect them from the bad guys?  It’s also fun to peek into the over the top lifestyle of the rich and famous and see what shenanigans they get into.

Another fun aspect of the story is what I’ll call the Nancy Drew stuff.  Sophie is smart. She loves history and she decides to research this prophecy and because her father has taught her much about history, she’s able to understand it.  Who doesn’t love a smart young lady? And? because I was just in NYC recently for BEA, I loved running the streets of New York with Sophie and Nate.

There is a sequel, so keep up with Teresa Orts so you can see what happens to our dynamic duo!