Wow.  I can honestly say I’m embarrassed for being so late on this review.  I apologize for my delay; life has a way of getting in the way.

That said, let’s talk about The Whipping Club! 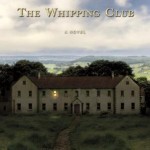 I’m not sure where to begin when discussing this story.  The setting is Ireland in the early mid century and a young Catholic girl and a young Jewish boy fall in love and she gets pregnant.  The girl goes away to a vicious Mother Baby home and inadvertently gives her baby up for adoption.  Meanwhile, she and her sweetheart marry and produce a daughter together.  Relatively happily married, the knowledge of the presence of the child born before their marriage starts to impose on their lives.

Interfaith marriages are highly controversial in mid century Ireland, with Jews being likened to Africans of another race (I believed Nurse referred to one as a nig nog).  There is political strife in Northern Ireland, interfaith problems with the grandparents, and now the knowledge that not only does the child given up for adoption live locally, the child survives under incredibly harsh and violent treatment at an orphanage and later a home for boys.

I was sickened and outraged at the violence against children in this book. I kept forgetting that this was not America, and while our history has not been perfect, these kinds of horrors are almost forgotten in the general population.  Because these violent acts against children took place in another country, I w 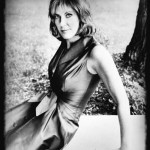 as constantly angry, saying to myself “you can’t do that!!!” or “this is America!!”, which of course, changes nothing.

It is no wonder that in this day people from Tom Brokaw’s greatest generation are often so quiet when it comes to discussing certain injustices; they just want to put it all behind them.

Another difficulty I had with the book was the way in which Deborah Henry told the story; at times we were in the present then just as quickly we were flashing back.  I found it confusing at times to keep up.

All in all, Henry has a well written story that, with the right audience, could be a winner!

I give the story 3 paws for ethnic diversity and the in depth study of a Jewish lifestyle.