In the wake of #Harvey, Irma, Katia, & Jose: Books about Hurricanes 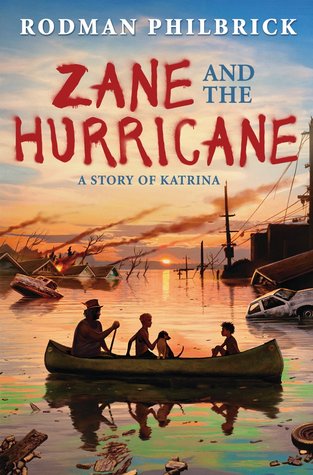 There’s been so much devastation across the world by angry water: hurricanes, tsunamis, etc that I thought it might be interesting to examine a few books about hurricanes about people and animals who survived. We need some hope right now.

Zane and the Hurricane: A Story of KatrinaÂ byÂ Rodman Philbrick

I’m totally adding this to my TBR list. It’s got diversity and heroism; two of my faves.

Zane Dupree is a charismatic 12-year-old boy of mixed race visiting a relative in New Orleans when Hurricane Katrina hits. Unexpectedly separated from all family, Zane and his dog experience the terror of Katrina’s wind, rain, and horrific flooding. Facing death, they are rescued from an attic air vent by a kind, elderly musician and a scrappy young girl–both African American. The chaos that ensues as storm water drowns the city, shelter and food vanish, and police contribute to a dangerous, frightening atmosphere, creates a page-turning tale that completely engrosses the reader. Based on the facts of the worst hurricane disaster in U.S. history, Philbrick includes the lawlessness and lack of government support during the disaster as well as the generosity and courage of those who risked their lives and safety to help others. 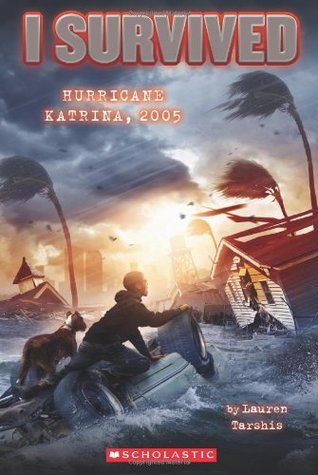 You know how much I love the I Survived series, right? Current events for tweens. And diversity!

Barry’s family tries to evacuate before Hurricane Katrina hits their home in New Orleans. But when Barry’s little sister gets terribly sick, they’re forced to stay home and wait out the storm.

At first, Katrina doesn’t seem to be as bad as predicted. But overnight the levees break, and Barry’s world is literally torn apart. He’s swept away by the floodwaters, away from his family. Can he survive the storm of the century — alone? 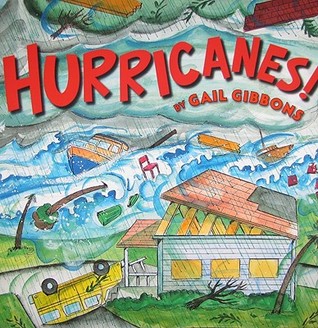 Here’s a bit of nonfiction for the littles.

Imagine a force that can toss boats around like toys, wash away bridges, and create waves as high as eighteen feet. With fierce winds and torrential rains, hurricanes can do all of these things. They can cause tremendous damage and even change the shape of a shoreline. For centuries people did not know when a hurricane was coming. But now we have new methods to predict when and where these storms will occur. Young readers will learn how hurricanes are formed, how they are named and classified, and what to do if a dangerous storm is on the way. 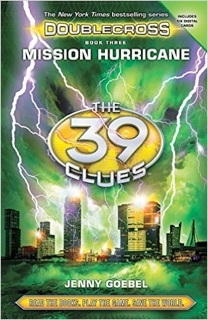 Here’s a great middle grade series that has an online component. Clues!

Thirteen-year-old Dan Cahill and his older sister, Amy, know that a disaster is about to strike the world. They know they are the only ones who can stop it, and they know they may already be too late. The person behind the disaster is their own relative, a man who calls himself the Outcast. Heâ€™s already recreated two of historyâ€™s worst disasters, and is only biding his time before he strikes again.

The clues that the Cahill kids have gathered suggests that the Outcastâ€™s latest disaster is modeled after Hurricane Katrina. But what city will he target? And how can anyone conjure up a hurricane? Dan and Amy have no answers and very little time to find them. All they can count on is a tidal wave of trouble coming, and only them to stand in its way. 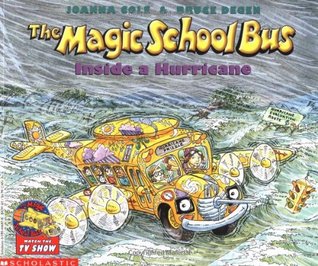 Count on Ms. Frizzle to teach anything but an ordinary lesson on meteorology. Flying through the clouds in the Magic School Bus, Ms. Frizzle’s class experiences a hurricane-and even a tornado-firsthand. During their thrilling ride through the sky, Arnold gets lost! Will the Friz be able to save the day this time? 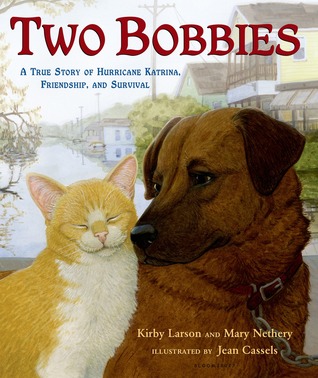 Bobbi and Bob Cat are the best of friends. When their hometown of New Orleans was struck by Hurricane Katrina, many lost everything. But not Bobbi and Bob Catâ€”they still had each other. Only by staying together could they survive. This is the story of their remarkable friendship.

Although a very very brief list, take comfort and be inspired by regular people who became heroes and survived hurricanes.