Another busy week for me; there’s so much going on I can’t wait to share it!

Recently I met with my tweenies to discuss Brandon Mull’s Beyonders:  a World Without Heroes.  I have to admit, I was excited to read it as his Fablehaven books are popular at the bookstore. Once inside the book, however, I was disappointed.  The story was slow to start and took me probably 200 pages to really get into it.  I was reminded of Justin Cronin’s The Passage; I felt the same way.  Nonetheless, I persevered because I didn’t want to look like a quitter to my mini book clubbers.

I’m glad I finished the book though! I wasn’t the only reader who didn’t care for it but most importantly, I got to hear from other readers why they enjoyed it, which gave me a new appreciation for the book.  One reader told me that all my unanswered questions would be answered in the following books.  Again, this reminds me so much of The Passage, when everyone kept saying “wait until The Twelve to find out about Amy”!

Meanwhile, here’s a blurb about Beyonders: A World Without Heroes

Jason Walker has often wished his life could be less predictable—until a routine day at the zoo ends with Jason suddenly transporting from the hippo tank into a strange, imperiled world. Lyrian holds dangers and challenges unlike anyplace Jason has ever known. The people all live in fear of their malicious wizard emperor, Maldor. The brave resistors who once opposed the emperor have been bought off or broken, leaving a realm where fear and suspicion prevail.

In his search for a way home, Jason meets Rachel, who was also mysteriously drawn to Lyrian from our world. With the help of a few scattered rebels, Jason and Rachel become entangled in a quest to piece together the word of power that can destroy the emperor and learn that their best hope to find a way home will be to save this world without heroes.

The main enjoyment I got from the book was the language.  The mixture of old fashioned 18th century speak mingled with 21st century colloquialisms was a fun mix.  Here are some examples:

“I have been too long without new companionship.  Pray, regale me with tales of your journey.”

“Do not dishonor your involvement,” Jasher chided.  “For each of us destiny is a blend of potential, circumstances, and choices.  You could flee and hide.  You could bargain with Maldor.  You have chosen a heroic path.  Walk it without apology.”

See? Nice huh?  Also, the book could appeal to boys and girls because the supporting character is a girl, Rachel.  She is frequently frustrated by her lack of position in the other world, because she’s used to modern times.  She has to learn to be in the background, which is a struggle for her.  I many young female readers may have similar opinions.

So.  I’d love to know what you think of Beyonders.  Or of any of Brandon Mull’s books.  Spirit Animals has just come out and I’m dying to read it.  Check it out at Brandonmull.com. 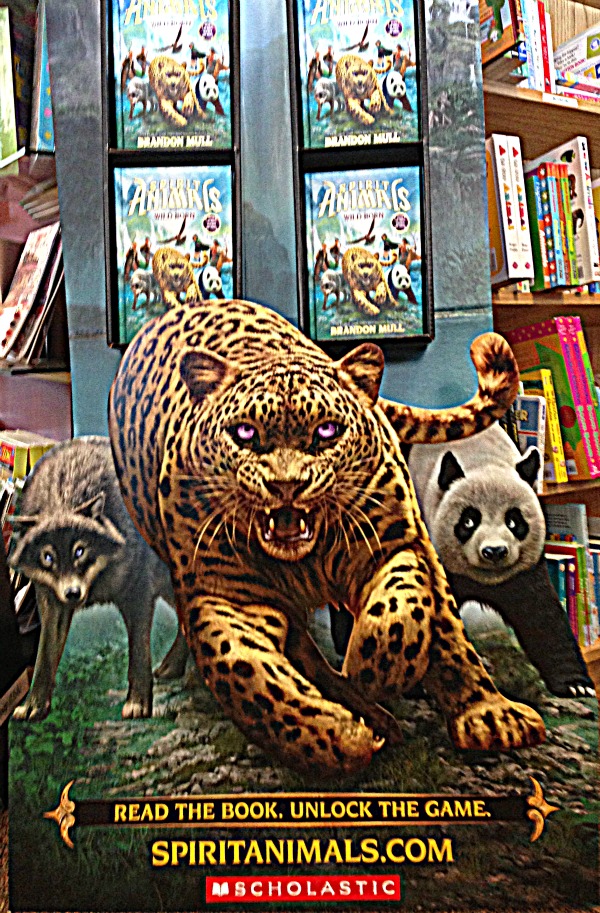