The weather around here has been absolutely dreadful and it seems that the East Coast is sharing its misery with many parts of the country.  Just recently I learned that many people in Atlanta were hit by snowstorm Leon (we were hit with Janus a week back) and the city was crippled.  The shutdown of the city made me think about human nature.  Citizens went out of their way to help others in distress:

This kind of thoughtful behavior warms my heart.  This is a level of common decency that I wish we saw more of.  To be sure, society is much more casual than in my parents’ heyday.  Heck, even in the 90s men still opened doors for women entering buildings.  But then again, I was living in the Texas, which is a whole ‘nother country, as the saying goes. To be sure, modern feminists argue that they don’t need a man to open a door for them or pull out a chair, can we see a little more common decency in the every day world and not just during emergencies?

Wonder why I’m being so serious and thoughtful? It’s because of this book: Modern Manners: Tools to Take You to the Top by Dorothea Johnson. 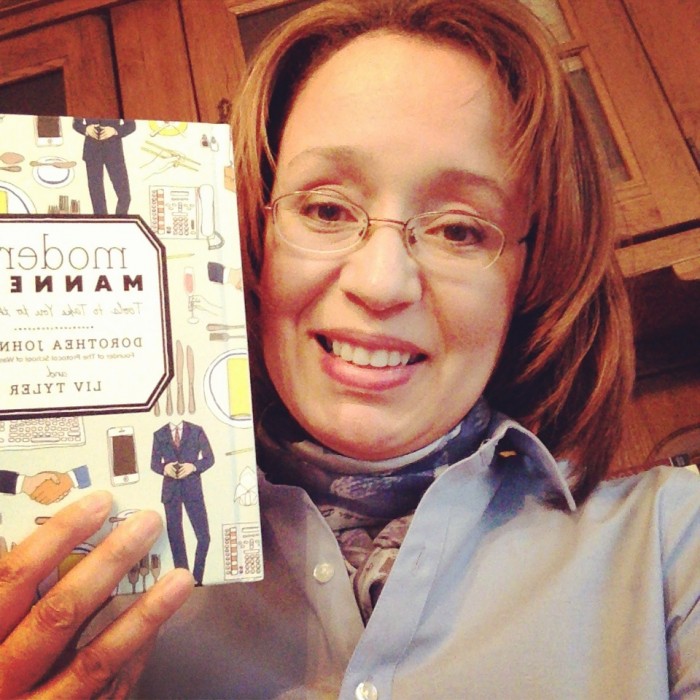 In the 90s I worked on an Air Force base interacting with high ranking men and women. Outside of the military this might not seem like much to you, but imagine them to be like minor celebrities in your world. So, at this military installation you cannot address Donna by her first name when in public. You must call her title (rank actually): Sergeant Smith or Captain Smith, etc.  I learned this lesson the hard way and it only took one admonishment to help me retain it. You could relate this situation to addressing your church’s religious leader, pastor or priest by their first name in public. This, my friends, is not done. Even though Father John or Reverend Smith might have been at your house for dinner last night, he’s still addressed by his title in public. And the fact that you know this and follow this rule is called manners. Easy, huh?

Here’s a sticky question for you: Now that you’re an adult, how do you greet adults who were your teachers when you were a kid?  As an adult I’ve reconnected with some of my high school band teacher on Facebook and joined the crowd by calling him by his first name.  How very weird it felt at first. Aw heck who am I kidding, still does.

What about you? Still calling Mr. and Mrs So and so by their last names? Why or why not?