Today’s little bit of fun is brought to you by famous singing groups The Beatles and Foreigner.  My new friend Lisa Pell mentions them in her new book, Who’s Your Daddy, Baby?  See if you can find the clues… 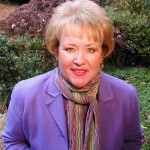 “Well, there’s nothing quite like contacting a 70-some-year-old man and effectively asking him about a date 50 years ago. There were some amusing evasions, flat-out lies, and genuine memory issues. One guy a bit down on his luck swore he was in class with my mother at schools she never attended. He enjoyed the Eggs Benedict at an elegant old hotel and thanked me for treating him to fine dining he hadn’t experienced in a long, long time. But I think the funniest thing still has to be the conversation that awakened my consciousness on my paternity issue. When discussing my family medical history with the fertility specialist and noting my parents’ blood types, he said, in a lovely French accent, “I senk you better senk about zee milkman.” My husband and I roared with laughter then, and still chuckle about it. When I asked the doctor about blood type mutations, he repeated himself, “I still senk you better senk about zee milkman.” We’ve had quite a bit of fun with that line.”

Most people are never faced with a situation where, in their forties, they are told the Dad they always have known could not possibly be their biological father.  That conversation I had with my French fertility specialist back in 2005 made for an unconventional search.

“I senk you better senk about zee milkman.”

Those were the words I heard after my blood type was officially confirmed, B-positive, and discussions of family medical history.  I knew from my late mother’s kidney-pancreas transplant she was O-positive, and I had my dad’s military dog tags, which read A-positive. Generally, basic biology would suggest A plus O does not equal B, and my doctor repeated his milkman theory when I suggested a blood type mutation.

But succumbing to my family obsession with genealogy and inherited hard-headedness, it took a few hours for me to fully grasp the implications.  Then, with an appreciation for adventure and an intellectual challenge, the prospects of finding a long-lost family seemed fascinating and amusing on one level, although it also was somewhat terrifying on another.  Please don’t let me be related to Cardassians (no matter how you spell it, Trekkie or not), Coneheads, blow-hard political commentators, and no, my mom was not an octomom.

So, I embarked on what turned out to be a four-year search to ferret out the identity of my biological father, and I mean ferret, in all senses of the word, rodent-esque and furrowing.  Reminded of a joke about the Grand Dame dowager spending $3,000 to dig up her family history, and then $10,000 to bury it, I decided to have fun with the story and fictionalize it.

You have to be able to laugh at yourself to interview amnesiacs.

There’s nothing quite like contacting a 70-some-year-old man and effectively asking him about a date 50 years ago. There were several amusing evasions, flat-out lies, and genuine memory issues. One guy a bit down on his luck swore he was in class with my mother at schools she never attended. He enjoyed the Eggs Benedict at an elegant old hotel and thanked me for treating him to fine dining he hadn’t experienced in a long, long time.

My sister cautioned me to beware of kittens being implanted during the in vitro fertilization process.  Alas, my life as the Egg Woman, with apologies to the late John Lennon, was short-lived.  But, speaking of kittens, the shock of my paternal awakening eventually led me to write two songs I turned into music videos, “Nothin’ Butt a Mutt,” a bluesy rocker with puppies and kittens interpreting my novel http://www.youtube.com/watch?v=rGv09fZuops, and “The Ballad of Who’s Your Daddy, Baby?” http://www.youtube.com/watch?v=1rWXRSRPGRU,   featuring kids singing and dancing to my story.  It’s a bit unconventional, but in the terms of a few popular musicians, rolling in the deep of paternal confusion with all the poker face bad romances, suddenly you might see Patsy Cline, Willie Nelson and Gnarls Barkley could be musically on target thinking someone might be crazy.  And, there were some wild racial mixes with my Appalachian Melungeon heritage to interest any unconventional history buff.

Who’s Your Daddy, Baby? is a mystery only a mother could create, and as another Beatle, Paul McCartney, might say, only your mother could know.  My Agent Provocateur husband and I are having fun with it, and hope you enjoy the book and the songs.

So…did you find the clues?  If you did, you’re a winner! If you didn’t, go back and re-read.

And then, go to her website, LisaPell.com stalk her blog, watch videos of her cute but dangerous doggies, and order her book. 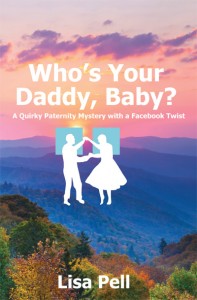