Here’s my friend FunBobby discussing how authors do what they do.

In 1971 when I was twelve years old, I saw “Goldfinger” on television for the first time. This movie instantly captivated me! I loved a villain, Auric Goldfinger, who had the audacity to attempt to break in and enter what at that time was the most heavily guarded institution on earth—Fort Knox! I loved the villain’s bodyguard, Odd Job—a seemingly unstoppable juggernaut! I loved all the cool gadgets and ultra cool car that James Bond drove. Most of all however, I loved the character of James Bond himself! Here was a handsome, dashing hero who could do no wrong. I went to bed that night imagining I was him. 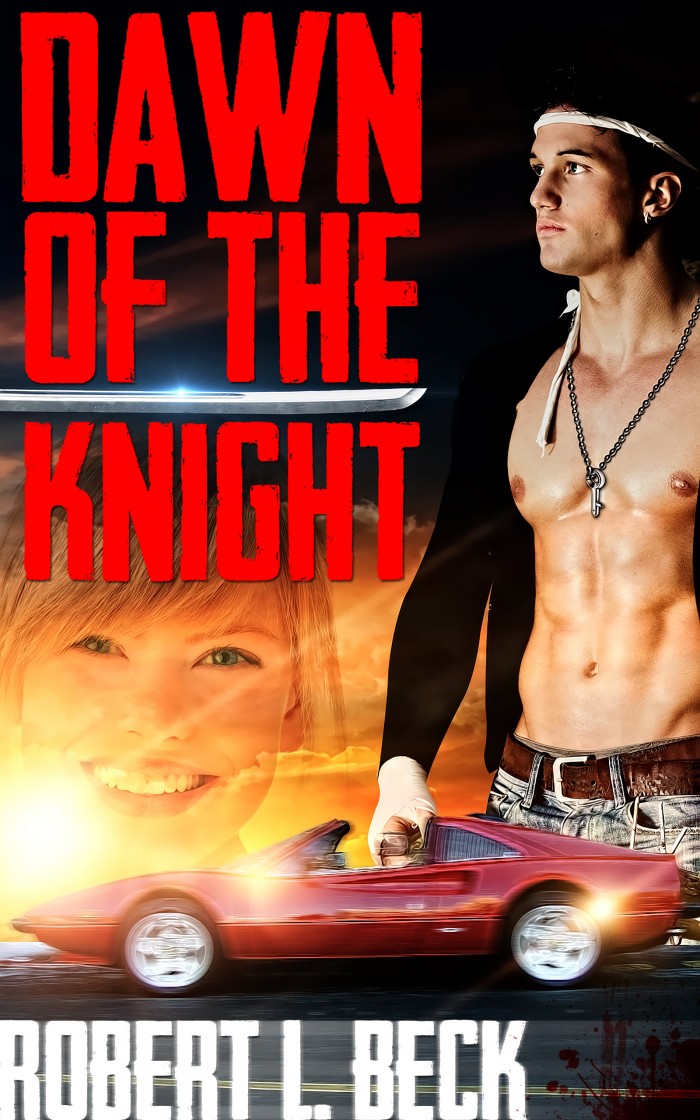 That same year I saw another movie on television titled, “Our Man Flint.” Derek Flint was the American equivalent of England’s James Bond and America, not to be outdone by the British, made their hero even cooler! Not only was he both handsome and dashing, he also had a superior intellect with an encyclopedia mind and he fought using a very cool martial art style! Much cooler than James Bond’s simple fisticuffs!

Finally, and around the same time, I began watching reruns of a 1960’s Western/action/spy series titled, “The Wild, Wild West.” James West as portrayed by the actor Robert Conrad was a secret service agent in the employ of President Grant. He was heroic, dashing, fought using a martial art style, and was extremely handsome. I used to go to bed at night imagining whole stories where I was the best of all three of these characters.

In my late teens and early twenties I happened upon a 1960’s young adult action series titled, “Chris Cool: Teen Agent” by Jack Lancer. In the series Chris Cool is an eighteen year old secret agent/operative in the employ of a secret US government agency. The series only lasted six books and after reading them, I decided that if I ever were to write a book, it would be about a teenage operative type character.

Jump forward to this present day. Three years ago I decided to finally write my book/series and this is how I came up with the character of Lance Rock. His named, rugged and tough sounding would be the exact same name of a boy I actually grew up with! When I was younger I thought that was the coolest name any boy could have and I was quite jealous of my friend Lance. My character Lance would be raised and trained by the US government’s former top covert operative. Think Jason Bourne now retired, taking a young boy under his wing and then teaching that same young boy, Lance Rock, everything he knows for twelve straight years! My character Lance would be handsome—incorporating the best looks from my favorite spy characters. He would also be muscular, having been trained in several different martial art styles for many years. Finally, he would have an IQ bordering on genius level. I had created the ultimate teenage hero.

I stepped back to gaze upon my creation and it dawned on me that while I had created a “perfect” spy-type teenage hero, I had also made him boring. A literary character with all those traits (although feasible and possible) would be boring to read about. Lance could do almost anything and I needed him to have flaws to make him “human” and “believable.” As you read through the story you will discover his weaknesses and flaws. He is prone to pride, recklessness, brashness, nosiness, insecurity around girls, and other traits, (both positive and negative) that illuminate his humanness. However, he is willing to admit his mistakes when confronted about them by others and his conscience! Being a teenage boy I have him battling his hormones throughout the story as he struggles to be in the presence of two exceptionally beautiful girls. Lance is a flawed character with exceptional skills and abilities, but I guarantee you’ll find yourself rooting for him as he battles evil in all its monstrous forms!

Coincidentally, I too, dreamed of being James Bond.  Only at the time when I was a girl, there were few powerful female characters, unless of course, you count Nancy Drew, whom I love, but it’s just not the same.  The young man FunBobby is talking about from the book Dawn of the Knight.  Here’ s preview:

In this thrilling and suspenseful action/romance novel, a fatherless Canadian high school boy, Lance Rock, has been raised and trained by the United States government’s former top operative. For his senior year, Lance decides to travel to California in the hope of finding a girlfriend as well as freedom from his regimented life. Once there, he inadvertently ends up in the home of a mother and her two teenage daughters. He is forced to use his skills to defend them and himself from the woman’s ex-husband—a crime lord who has been terrorizing the family for over a decade!

Sounds great, huh?  Download it here: Oh and Funbobby? Maybe the next book can have a gun toting, coffee drinking, librarian/crime fighter?