I had the distinct pleasure of hosting a World Book Night Giver reception at Towne Book Center & Cafe recently.  We had drank a little wine, swapped stories, and had a great time. 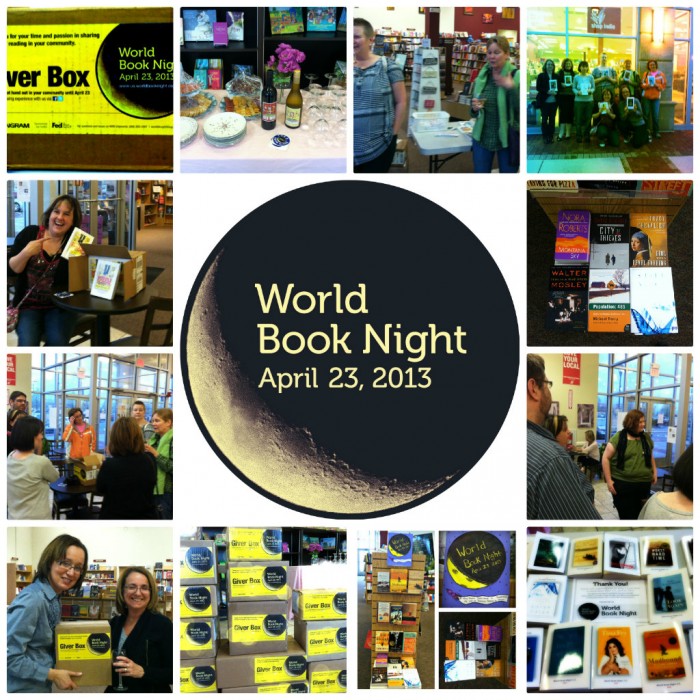 Are you participating in World Book Night?

Tell me about it!

Our book club at the store (Towne Book Center and CafÃ©) recently discussed When She Woke by Hilary Jordan.Â  As expected, there were differing views of the premise, the plot, the characters, and the feelings they invoked. I thought it might be interesting to present the viewpoint from one of our more vocal members, Liz;Â  edited for brevity. 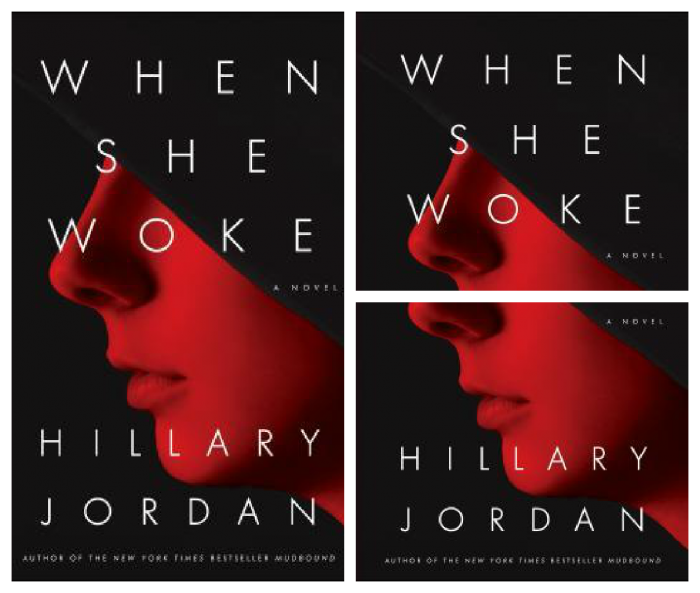 I had high hopes for this book, as I found the premise intriguing and the political message so relevant for today. But I was disappointed in the execution of the story, which I felt had some large problems and wasn’t what I had hoped. I also felt that, even though I agreed with the political message, it was so heavy-handed and in-your-face that it actually detracted from the effectiveness of that message. I have a hard time thinking that someone who was anti-abortion would even waver in his position from this book, because every aspect of the religious and political situations just smacked you in the face, with such an obvious condemnation of the practices, and no real nuanced consideration of any of the issues.
Initial Set-up: This started out good. The description of her time in the jail cell for 30 days, contemplating what it would be like as a Red, was promising. There was a good set-up of the situation, and her not naming Aiden as the father. A good throw-in about reality tv, and the voyeuristic elements of punishment. We see a good start as to the relationship with Aiden, but ultimately that development fails — more on that in a minute.

Religious House: Initially, I thought this made some sense. But ultimately, this whole portion was a disappointment and pointless. Her treatment wasn’t actually as bad as I had anticipated, even though it certainly was bad. And it was an interesting initial point that she had no where else to go — the family was shunning her, she wouldn’t be able to get a job, it would be hard to procure housing with no money, so it made some sense that these religious based halfway houses would fill a gap, and people would go who would not otherwise, and they don’t have any other option. BUT, Hannah did have another option. Aiden gave her 100K, so why would he work so hard to get her in there? With that money, she could have found someplace to live, if there were the anti-discrimination laws in effect (although maybe they weren’t followed.) That money would allow here to establish herself that many in her situation might not be able to. It would have been far more interesting to follow her attempt to establish herself this way — the difficulty of finding housing, how she could only find it in undesirable or somewhat dangerous areas, finding brothels of Reds nearby (showing that as an option or danger that would exist, without resorting to the ridiculous kidnapping scheme later on.) Likewise, why would Kayla be at the halfway house? She had a boyfriend to help her, and even if his mother wouldn’t allow her in the house (which we don’t know), she did have some resources, so why would she spend 6 months in a place that she has no connection to? Ultimately, Hannah does leave the house, based on her strong will, and her leaving is somewhat unsatisfying. Which leads me to:

â€¦we’re finally getting somewhere when Hannah and Kayla decide to go down to Austin and make a life for themselves. It’s a kind of fresh start, they have at least a tenuous contact, they have a car, and Hannah’s got the money to enable them to get going. Then the novel goes off the railsâ€¦The Novembrists save Hannah and Kayla from death by Cole and the other hoodlums, and of course, in being saved, now they are fugitives themselves, which creates a huge conundrum. But at this point, the story deals less with society’s reactions to them being Reds, especially female Reds, and Hannah’s coming to terms with the abortion and her feelings about it, to the adventure/life on the run. The focus then becomes so much on surviving itself, that there isn’t time to ponder the complexities of the crimes and this particular punishment.

[Later, she convinces her rescuers] to [let] her drive herself to Canada. What? I mean What? WTF? If it were that easy, wouldn’t everyone do it? I thought the whole point was to hide them until Canada. Instead, she drives herself? She’s RED. Easily seen and noticed — isn’t that the point? How could she just drive unnoticed herself up to Canada? Wouldn’t all Reds do that? And then, to pile on more ridiculous, she contacts Aiden, after being told she can’t access her port or email, or she’d be found. She does it repeatedly. I was expecting police to descend on the place, but it never happened. THEN, she drives out of the way, to DC, to see Aiden, gets into his house unnoticed by anyone else, and then drives the rest of the way up to Canada, pretty much incident free? (And there was a bit about how it would be faster to hug the coast — huh? How would that be faster? To get from DC up to Champlaign and then cross into Canada — you’d go East to then go back West, AND be going through more crowded, more populated areas. Why would you do that? Why was that even mentioned in the book?) So, she somehow gets up to Canada, and the friends are waiting for her, even though she made this detour to Virginia. Without communication, they can still pick her up, since she unjams the signal.

She gets to Canada and what? It freaking ENDS! What? There’s no discussion of whether she’s dechromed. It’s got to be close to her renewal time. We never really find out about what happened to Kayla and the fragmenting. How did she get to be okay? The end is she woke and she was herself — how? And there’s this implication Aiden is giving it all up for her? Do we expect that he will find her? He professed his true love for her, but this was never really shown in their relationship. I found that hard to take, as well.

So, the lack of a satisfying ending, the unbelievability of Aiden and their relationship, and the detour of making this an adventure chase really brought down this book for me. All of a sudden, this is a love story, and Aiden is a wonderful man and all he wants is to be with the woman he loves, Hannah. But this is never really developed. And the big thing is, who does he love? She’s changed so much now — even self-proclaimed. Would he still love her? Part of the attraction was that she almost worshiped him so. That’s all based on the religious society he heads. So, what next?

Good question, Liz.Â  Does anyone have any thoughts or answers? Did you read the book?