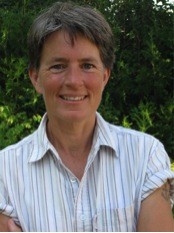 Q: How did you learn about the two young women who inspired Moon At Nine? A:The real-life Farrin now lives in Canada, and I met her through my publisher.  We spent time together and she told me what her life was like growing up in post-revolutionary Iran.  She told me about falling in love with the real-life Sadira and what happened to them both as a result of that love Farrin and Sadira’s tale is, sadly, not unique – not in Iran and not in many parts of the world.  It varies by degree, and in some places it is getting hugely better. But it still goes on. Q: Moon at Nine is fiction but based on true events.  Is it harder to write stories based on reality? What aspects of the story changed between fact and fiction? A: Most of my books are based on real-life situations of war or other forms of injustice, so I am used to working hard to make the stories as realistic and factual as possible.  One of the differences with this book is that I was basing the story on the experiences of real individuals who did not want to share their identity.  I had to honor the essential truth of their story while creating enough fiction around it to preserve their anonymity.  Also, the real-life Farrin and Sadira story is much more brutal than the one I felt competent enough to relate in a book for young people.  Plus, I wanted to leave the reader with a sense of respect for the strength, beauty, compassion and diversity of the Iranian people.  Putting all the brutality these young women went through into the story might leave the reader with the impression that the whole country is brutal.Q: Farrin writes fantastical stories about a demon slayer, and Sadira imagines her past as if it were a story that happened to someone else.  What do you think makes storytelling so important, especially in a situation like this? A: Telling stories allows us to see ourselves as heroes. Whether we are slaying vampires, opposing dictators, escaping religious oppression or standing up to family, we can get strength from picturing ourselves as braver than we think we are.  Stories help us feel connected to others.  They can give us a sense of community, even when all around are hostile, and they can remind us that our sorrows are not original – others in history have shared the same pain. 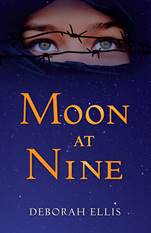 Q: How have LGBT rights changed or advanced in Iran since l988? A: Homosexuality is illegal in nearly 80 countries.  In seven countries, including Iran, gays and lesbians can be put to death.  According to the Iranian Railroad for Queer Refugees (IRQR), lesbians in Iran are also forced into marriage, are victims of extortion, are raped and tortured.  It is still very dangerous to be lesbian or gay in Iran.  Having said that, Iran is also a nation with a wide diversity of opinion, as reflected in their film industry.  A female film-maker, Maryan Keshavarz, recently made a film about women falling in love with each other in Iran. Q: With this and all your books, you are known for your extensive research.  What is the most surprising thing that you discovered regarding Iranian life/history/culture? A: Iran is a nation that values education and has a highly educated population.  It is a nation of strong women who hold and exercise power in a multitude of ways.  A rich body of literature stretching back thousands of years, extensive artistic traditions and a huge diversity of cultures combine into a country that is complex and fascinating.  I hope to be able to travel all over Iran some day. Q: All of your books focus on hard-hitting social justice issues.  Do you approach these topics differently for younger readers than you would for adults? A: Younger people often deal with the fallout of adult decisions without really understanding those decisions.  When writing stories for young people, I have to try to see the situation through the young character’s eyes.  What would they see, what would they feel, what would they understand and what would their choices be?  The stories also need to end with at least a little bit of hope. Even if the situation is still bleak, the character has a bit more wisdom and a bit more strength to be able to face the next challenge with at least the hope of success. Q: What advice would you give readers who are facing prejudice themselves? A: First off, survive.  Stay alive.  Look after yourself.  Eat healthy, study hard, stay away from drugs and booze.  Find things you enjoy.  The adults around you who have created or tolerated the environment of prejudice might never let go of their ignorance.  They might not change, so you may have to stop wanting them to change, for your own sanity.  You might have to learn how to thrive and succeed without their approval, which will feel very lonely at times – but you can get through it.  There are allies out there for you.  Keep looking until you find them.  Build a healthy supportive community around you and learn to give that support to someone else.  Volunteer in your community to keep yourself busy and feeling good about your contributions.  Get strong.  Achieve.  Find joy.  Stay alive.  Build a new world over the stupidity of the old. Wow wasn’t that a great interview? I love Ellis’ advice to young people facing adversity: STAY ALIVE. Thank you Ms Ellis! Have you read Moon at Nine? What did you think? Are you facing any prejudice? How are you dealing with it?

At a time when issues of homosexuality and human rights are making headlines around the world, Pajama Press is proud to stand behind internationally acclaimed author and humanitarian Deborah Ellis and her groundbreaking new novel Moon at Nine. Based on a true account, Moon at Nine is the gripping story of two young teenaged girls who are arrested for being gay in Iran—a country in which homosexuality is considered so abhorrent that it is punishable by death.

Fifteen-year-old Farrin has many secrets. As the daughter of an aristocratic mother and wealthy father, Farrin must keep a low profile at her school for gifted girls in Tehran. It is 1988; in the ten years since the Shah was overthrown, the deeply conservative and religious government controls every facet of life in Iran. If the Revolutionary Guard finds out about her mother’s Bring Back the Shah activities, her family could be thrown in jail, or worse.

The day she meets Sadira, Farrin’s life changes forever. Sadira is funny, wise, and outgoing; the two girls become inseparable. But as their friendship deepens into romance, the relationship takes a dangerous turn. Refusing to deny their love for one another, the girls are arrested. Separated from Sadira, Farrin can only pray as she awaits execution. Will her family find a way to save them both?

Deborah Ellis is the internationally acclaimed author of nearly thirty books for children and young people, most of which explore themes of social justice and courage. A peace activist, feminist, and humanitarian, Deborah has won many national and international awards for her books, including the Governor General’s Award, the Ruth Schwartz Award, the Vicky Metcalf Award, the American Library Association’s Notable List and the Jane Addams Children’s Book Award. In 2010, she received the Ontario Library Association President’s Award for Exceptional Achievement. Deborah lives in Ontario, Canada.

Since June is LGBT Pride month, I thought it would be great to highlight some popular and/or little know books that contain LGBT characters. Last year I discovered: If You Could Be Mine by Sara Farizan. Here’s the link to my blog post.  It’s a tale of two young girls who hide their lesbian secret.

Two great books that you MUST read!