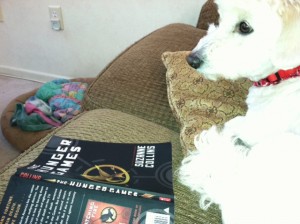 Pumpkin and I decided to revisit The Hunger Games movie and I came away like I’d hoped: pleased.  To be sure, I love to rewatch movies so, this is not a new phenom for me, because each time you watch, you take away something new.  Why else would people still be watching The Wizard of Oz some 80 years later?

So, where was I? Blah blah blah…I came up with The Blogger Games: May the Blogs be EVER in your Favor!

Representing District 12 is PammyPam aka An Unconventional Librarian.  (crowd roars) Her skills? Wearing scarves and finding just the right book for the kiddos.  When she sings “Toot Toot Chugga Chugga Big Red Car” she can eradicate millions. Gone in the first five minutes, while searching for soy milk for her latte.

District 11 offers up inspirational blogger and author Daphine Glenn Robinson.  Dangerous Daph, as she’s known on the streets, has a direct line to God and isn’t afraid to use it.  That’s what makes her dangerous, folks. Bet on her for the win.

District 10 also offers up inspiration from the powerful Uneeka aka PowerMommy. Uneeka blogs at Powermommy Nation and can tweet messages so powerful and inspirational that you’ll think you can conquer the world. Looks like we might have an alliance forming between Uneeka and Daphine.  Kill em with kindness is their motto.  Key word: kill em.  She’s one to watch, folks. 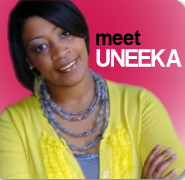 District 9 sends the irreverent Liz Henry from The Six Year Itch.  Liz has a brain and is not afraid to use it.  Her rapier wit is almost as sharp as the Bowie knife she keeps in her bra. Not only did Liz volunteer, she knocked out two Peacekeepers running to the stage.  Odds are in her favor. 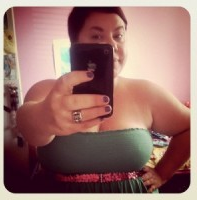 From District 8 comes the sweet and friendly Steph from Confessions of a Stay At Home Mom.  Friend to all and enemy to none, Steph is also part of the Kill em with Kindness alliance.  The two babies in the photo? Props. Also? She drank the soy milk that caused PammyPam’s demise. 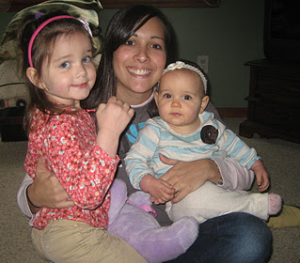 What can we say about District 7?  They send Amy from Lady Readers Bookstuff.  Known to never watch the movie before reading the book, Amy is building a library. She can throw a book like a lethal weapon and you won’t see it coming. Her tattoos keep track of her victims. She’s one to watch. 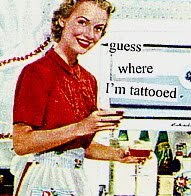 District 6. Darla DeMorrow from HeartWork Organizing.  She’s a professional organizer so during the games she’ll be sure to alphabetize, organize and schedule everyone’s demise (hey it rhymes).  She may be a mole planted by Seneca Crane. 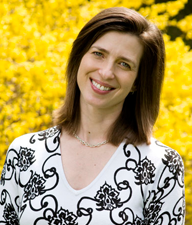 District 5. Dances La Vida Loca and shakes his bon bon all over the Games. Not favored to win, but so pretty.

District 4 is thrilled to send Rachee.  Pronounced Rah Shay.  They are thrilled to send her because no one understands what she’s saying when she quotes Jack Prelutsky’s TwaddleTuck Talk.  District 4’s tribute hopes to confuse her opponents for the WIN.  And if that doesn’t work, her knitting needles surely will.

Sarah from District 3 blogs at Chester County Mom and Montgomery County moms.  Sarah torments her opponents by filling up their calendars with so many fun family functions (love that alliteration?) that they are too busy to fight; thus leaving them defenseless.

District 2’s tribute is Steph from A Grande Life.  And that’s Grande (pronounced grahnd ey)  as in coffee size.  She’s pint sized and drinks coffee like it’s her job.  She’s the resident photographer so you’ll be sure to see every minute of Blogger Games bloodshed beautifully photographed.

District 1 proudly sends Jennifer from 5 Minutes for Books as their Blogger Games tribute.  Jennifer, from Texas, naturally packs a weapon; everyone in Texas does, right? So she’s definitely one you want to have on your team.  Don’t let that smile for you, folks; she’s deadly.

Well there you have it:  Twelve Tributes for the Blogger Games. 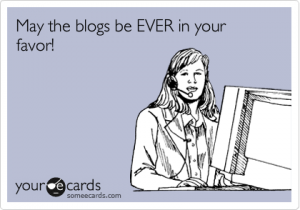