There are many ways to show courage.
Here’s how dogs do it:
Paws of Courage by Nancy Furstinger 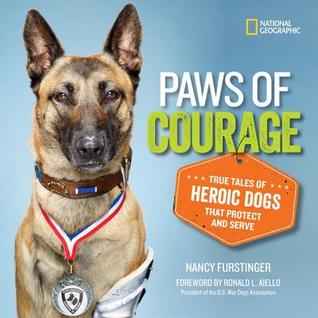 Here’s a great kids book: it’s a book about war dogs and working dogs. But here’s the question: is there anything better than photos of dogs in uniforms? Well besides being awfully cute, these furry friends in uniform are brave. Paws of Courage is a great book that showcases the many types of four legged heroes who help our military over the past century. From Sgt Stubby to Xanto, dogs have performed numerous jobs helping our men and women in uniform. The greatest bit about these dogs is that when they retire, they can get adopted! Usually their handlers adopt them and reward them with love and good dog treats as a way of thanking the pooches for protecting them. Sometimes, regular people get to adopt a retired military working dog.

Can you imagine the stories old Fido could tell about finding explosives in a mine field or sniffing luggage at the airport for hidden items? Or what about the dog who can hear an enemy plane approaching and alert her military friends so they can get to safety?

I’ve always been a fan dogs, but military working dogs have become my all time favorite, after I heard about all the work they did during September 11th. If you have a friend who likes dogs or the military, this book will win their heart too. Also? Information in the back to find out about retired service dogs for sale.  Maybe you can get one!

Here’s a great quote from the book:

He is your friend, your partner, your defender, your dog. You are his life, his love, his leader. He will be yours, faithful and true, to the last beat of his heart. You owe it to him to be worthy of such devotion.

I know I know, how many book clubs can one woman person belong to??

As many as I can! 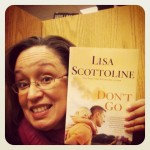 That’s me mugging with her latest book, late at night, at work.Â  Booksellers are notorious night owls!

Even though this is only my second Lisa Scottoline book (the first was Look Again), I got caught up in the plot very quickly.Â  I also thought I had the story figured out.

Boy was I wrong.

No spoilers here, but man was this a good story of a soldier serving in Afghanistan who has to deal with some inexplicable crises.Â  And while this is a quick moving tale, I would love a little bit less conversation and a teeny bit more descriptive text.Â  But man did I go through the coffee finishing this one; I didn’t want to put it down!

Thanks for a good read Lisa, I hope to see you at your house this fall for your Book Club Open House soiree!!

Book club was SO SO fun! We had an excellent discussion and even agreed to keep the book club going through the summer which is no small feat, for sure.Â  I’m looking forward to reading one of Lisa Lisa’s older titles:Â  Come Again, forÂ  our June meeting!

The uber cool people over at Macmillan hipped me to this thing called SoundCloud where you can listen to snippets of books.Â  I may have found my new addiction after cake, coffee, and Pinterest.Â  Lisa’s book Don’t Go is available to listen to on audio over at SoundCloud.Â  Check it out below.

How cool is that, huh?

way. oh boy, i’m gonna need another ipad just to listen to books. good thing my birthday is coming up in (sigh) 6 months… 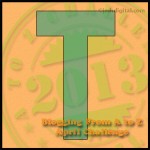 Happy T day!  Finding a book with the letter T was difficult. Why? Because in the book industry, you don’t count the beginning words like: the, a, an, etc, and I wanted to keep the same approach to this challenge.  So here’s what I came up with: 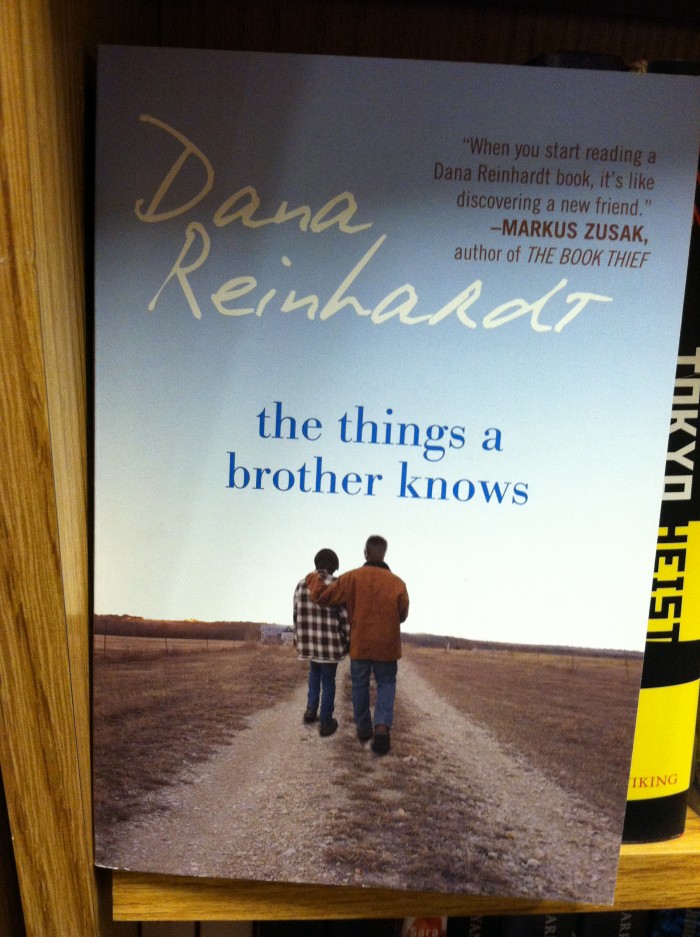 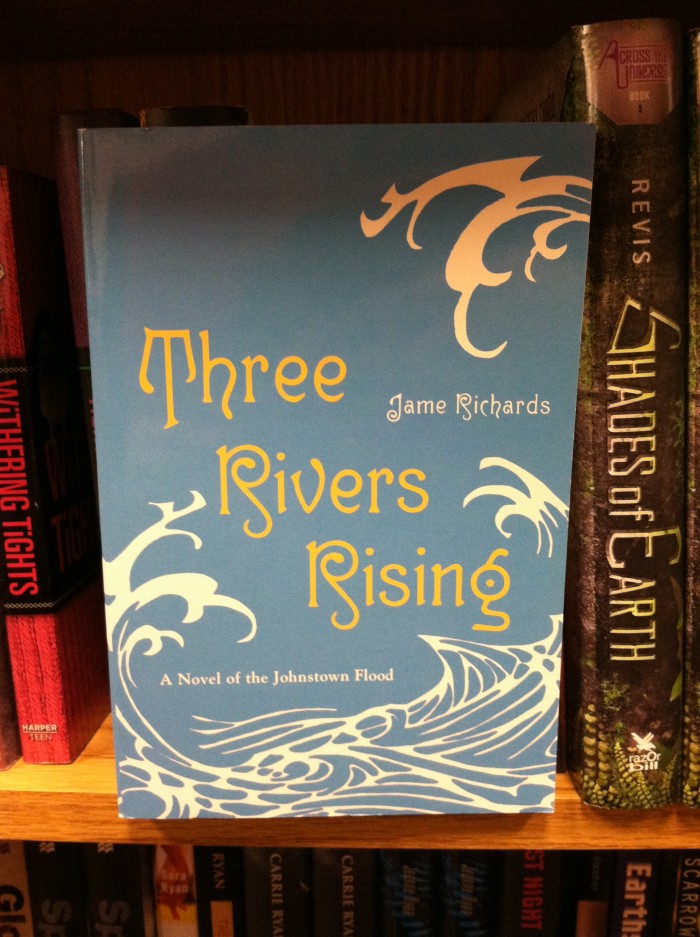 The Things a Brother Knows by Dana Reinhardt, sounds like a good read for the guys:

Finally, Levi Katznelson’s older brother, Boaz, has returned. Boaz was a high school star who had it all and gave it up to serve in a war Levi can’t understand. Things have been on hold since Boaz left. With the help of his two best friends Levi has fumbled his way through high school, weary of his role as little brother to the hero.

But when Boaz walks through the front door after his tour of duty is over, Levi knows there’s something wrong. Boaz is home, safe. But Levi knows that his brother is not the same.

Maybe things will never return to normal. Then Boaz leaves again, and this time Levi follows him, determined to understand who his brother was, who he has become, and how to bring him home again.

Award-winning author Dana Reinhardt introduces readers to Levi, who has never known what he believes, and whose journey reveals truths only a brother knows (Goodreads.com)

If you’ve ever wondered what goes on between brothers or family members’ minds when someone is involved in war; this might help.  This could be another sleeper…

Next is Three Rivers Rising by Jame Richards.  I like the idea of this book for a few reasons: #1 it’s written in prose, #2 it’s historical fiction, and #3 the setting is Johnstown, PA which is very near my hometown of Pittsburgh, PA (go Steelers!).  Everyone has learned about the Johnstown flood in history books, right? Well, everyone who grew up in Southwestern PA did, anyway! But I’ve yet to read a nonfiction book about it.  Three Rivers Rising might be just the book I’m looking for.  Here’s what Goodreads has to say about it:

Sixteen-Year-Old Celstia spends every summer with her family at the elite resort at Lake Conemaugh, a shimmering Allegheny Mountain reservoir held in place by an earthen dam. Tired of the society crowd, Celestia prefers to swim and fish with Peter, the hotel’s hired boy. It’s a friendship she must keep secret, and when companionship turns to romance, it’s a love that could get Celestia disowned. These affairs of the heart become all the more wrenching on a single, tragic day in May, 1889. After days of heavy rain, the dam fails, unleashing 20 million tons of water onto Johnstown, Pennsylvania, in the valley below. The town where Peter lives with his father. The town where Celestia has just arrived to join him. This searing novel in poems explores a cross-class romance—and a tragic event in U. S. history.

I’m going to check out Jame’s website and see if she has any photos of the Johnstown flood or why she chose this topic.  I’ll keep you posted.

Do you have a T book for me?