Big Issues in YA 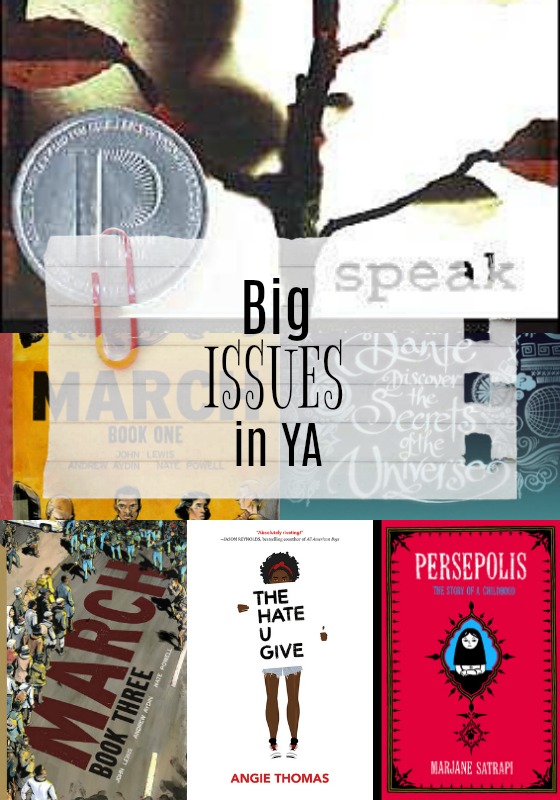 Last week I had the thrill of  a lifetime to chair the committee and bring KidLitCon to Hershey PA! Hershey was a great venue and I’ll talk more about that later but right now I want to share with you a session I co-hosted with Donna Gaffney. Donna is a therapist and very knowledgeable about kids books and uses them in therapy with her clients. She’s also a very cool person.

We talked about issues that kids and teens face today and books that represent these issues in literature. Turning to books in a time of crisis is very common and helps the reader process their situation.  We listed the issues on poster paper and then encouraged the audience to list book titles under the appropriate issues.  This link should is a pdf of the results: BIG ISSUES in YA LITKidlitcon17

I think you’ll find the lists very interesting. Many thanks to Donna for quickly compiling the list. I hope this resource helps you.

The 90-Second Newbery Film Festival is an annual video contest in which young filmmakers create movies that tell the entire stories of Newbery-winning books in about 90 seconds. We are now entering our sixth year!

We feature the best submissions at annual special-event screenings in New York City, Chicago, San Francisco, Minneapolis, Portland, Tacoma, Rochester, San Antonio and other cities—co-hosted by founder James Kennedy (author of the young-adult fantasy The Order of Odd-Fish) and other award-winning children’s authors. Here’s the schedule for this year’s screenings(want to bring the 90-Second Newbery to your town? Contact me at [email protected]).

If you like creative kids and books then the 90 Second Newbery Award Film Festival is for you! Take your fave Newbery Award winner and make a film out of it. That’s it! Make it as kooky, quirky, or creative as you want and send it to my BESTIE James (tell him Pammy Pam says Hi) and you could see yourself on the big screen.

Seriously, these are the BEST DANG films I’ve ever seen! We had the fortune to view a few at KidLitCon in Wichita and I want to tell you the folks never heard such laughter. Like Frog and Toad as puppets? Heelarious!

This past weekend I took a trip to Wichita, Kansas to help facilitate Kidlitcon. And you heard me right, folks, forget that Beyonce; she’s yesterday’s news. Kidlitcon was Lit! Turnt! Off the Chain! Fabulous! 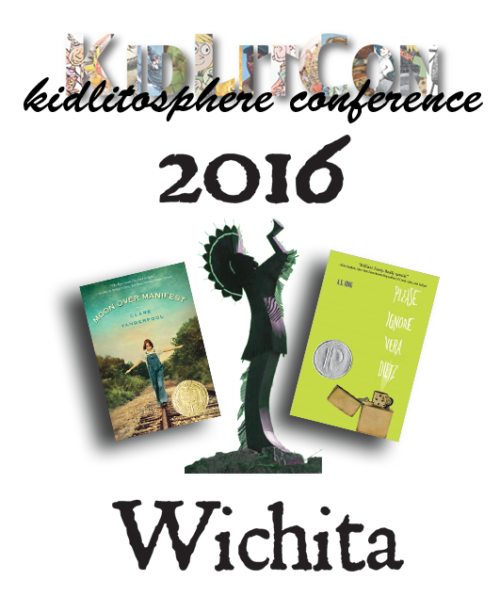 e nice; which is kind of off-putting when you’re from the East Coast and no one  really cares how your day is going or why you’re in town. Aside from meeting nice locals, I met my tribe. My squad. My pack. I’ve known the organizers of Kidlitcon/Cybils marginally for a couple years now but in Kansas, we became friends. How can you not become friends with people who share your understanding of Heathcliff, Harry Potter, and Lemony Snicket? Ok maybe I was the only one who liked Heathcliff, but whatevs. These people let me fly my bookfreak flag high and didn’t judge.

If you want to know what we talked about and who we talked to, follow these two hashtags: #kidlitcon16 and #kidlitcon.  We spent time with AS “My book won a Cybils Award” King, C. Alexander “I write for all genres” London, Clare “I have a Newbery Award” Vanderpool, and TONS of other authors whose names I will mess up if I try to remember them without checking Twitter. But just know that if you didn’t attend you missed OUT. Just like how Beyonce dropped her last album and people lost their minds? That’s how it went down in Wichita.

Shout out to Drury Inn for comfy beds, the Arkansas River for being all quiet and pretty, and for Wichita, for being home of the super nice people and yummy food. OMG who knew that Wichita could do BBQ? Super shout out to the nice dude with the Tom Selleck ‘stache from Drury hotel who helped with conference set up. He was a superstar for making things possible for us.

Even though it wasn’t on the agenda, diversity was prevalent in practically every conversation. It was the elephant in the room that we couldn’t ignore.  We celebrated diversity of many different types: racial, religious, ability, socioeconomic, etc. I was really amazed at how chill and woke everyone was about diversity.

Woke. Yes I said it. The kidlit community is WOKE. We are aware of the need for diversity, we want it, and we want our diversity to be diverse: not everyone’s story is the same nor does everyone react the same way and that’s important. I feel good about the bloggers, librarians, and authors I met last weekend. I feel like I have a squad of folks who will stand with me as I fight for more diversity in kids’ books.

I have a SQUAD. A posse. A tribe. A gang. A group of diverse bookish folks who are just like me.

And it feels AWESOME.

There’s room for you at the kidlit diversity table.

Join us! (bring your own wand)

P.S. Jonah Winter is a yinzer.

P.P.S. We learned about Occam’s razor. Or was it Shroedinger’s window?

I realize I have failed as a diverse books reviewer. To be sure, I had the best intentions, but then things got away from me. Sure I talk about diversity and how kids want to read about characters who look like them. I talk about it but not enough.  Recently, while attending KidLitCon in Sacramento the theme of the conference was Diversity. Right up my alley!

But I realized I am not doing enough.

I realized I can do more.

From now on I will do better. 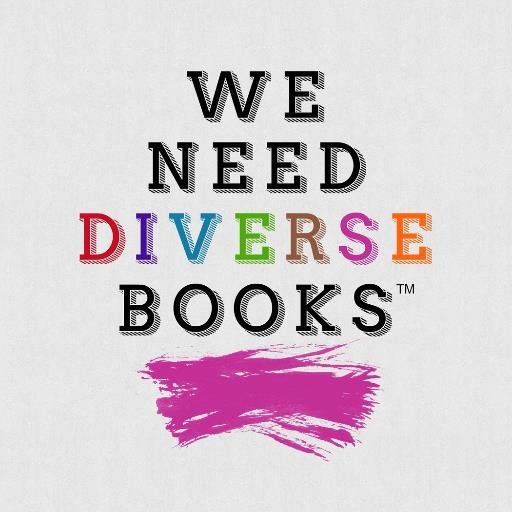 Not only do kids want to read books about characters who look like themselves, they need to learn about other cultures. Here’s an example: a friend’s child recently started school and the other children wanted to touch that child’s hair.  They were curious; they’d never seen hair like that before. They meant no harm, they just wanted to learn about the child’s hair. The problem is two fold:

None of this is the child’s fault. Kids will be kids. The parents, however, are at fault for not exposing the child to different race and ethnic experiences. My pumpkin went through a similar experience when she was little. It’s not fun to be identified because you’re different.  My point is these situations can be eliminated by exposing your children to different races, ethnicities, and abilities early in their lives; through books. There are many good multiculturally diverse books around.

KidLitCon is a gathering of book bloggers who specialize in kid lit; YA, middle grade, and picture books. Sounds right up my alley, right?

You can imagine how thrilled I was when they agreed to let me speak at their conference! To be sure, I’ve met book bloggers at BEA in New York, but this was a conference for people who also read MG and picture books!!

Thanks to the #WeNeedDiverseBooks discussion this summer on Twitter, Diversity was on everyone’s minds at KidLitCon.  Take a look at the program so you can see how focused they were.

Did you notice anything? Yep I spoke on day two. But not about diversity. They wanted me to speak about finding your readers! So I did. I talked about the main social media platforms I use when I’ve written a blog post.

The wonderful Mitali Perkins of Welcome to Mitali’s Fire Escape  taught us some tips to use when evaluating books for diversity, which, as a reviewer who tries to focus on diversity (and the lack thereof) was near to my heart. The most important idea I took away from Mitali’s talk is that “Stories are windows and mirrors. It’s up to the reader to decide which story is going to be the window or which is the mirror. ” Which simply means that some readers are going to see the book as a window into another life and others will see the character reflecting back at them, like a mirror.

Deep, isn’t it?  That’s why diversity in literature is so important!

Stay tuned for more reflections from my time at KidLitCon

I’m so excited to be attending KidLitCon! There’s a rumor that I might be speaking…

But listen, I need your help! I can’t get there alone and I need some financial support. 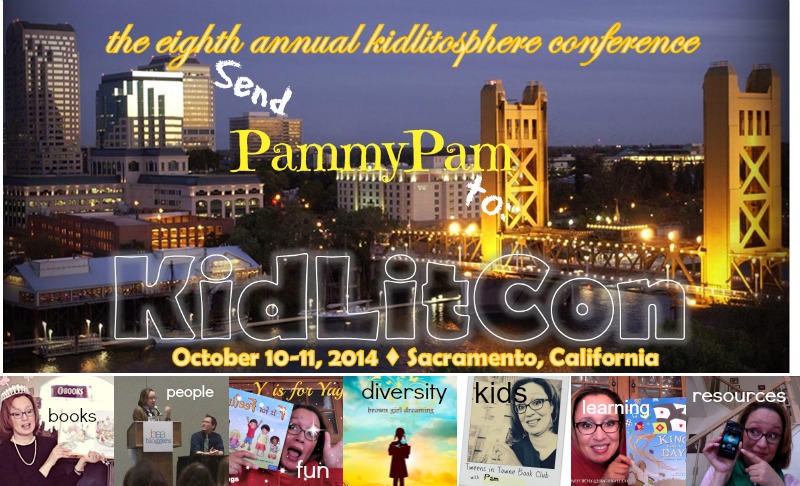 Don’t know what KidLitCon is?

KidLitCon is a gathering of people who blog about childrenâ€™s and young adult books, including librarians, authors, teachers, parents, booksellers, publishers, and readers. Attendees share a love of childrenâ€™s books, as well as a determination to get the right books into young readersâ€™ hands. People attend KidLitCon to talk about issues like the publisher/blogger relationship, the benefits and pitfalls of writing critical reviews, and overcoming blogger burnout. People also attend KidLitCon for the chance to spend time face to face with kindred spirits, other adults who care passionately for childrenâ€™s and YA literature.Â

Sounds great, huh? Â Just what I need to continue to bring you the best stuff from around the kidlitosphere. All I need is your help to get there. Visit my GOFUNDME page to donate. Even $5 will help. AND I offer rewards as Â thank you gifts. Just. For. You.

Check it out and thank you for looking!