I’ve recently come across a series of books in the Two Clever series by Julia Antoine. That’s Dr. Antoine, if you please.  Julia writes books about kids who are clever. Too Clever, in fact. 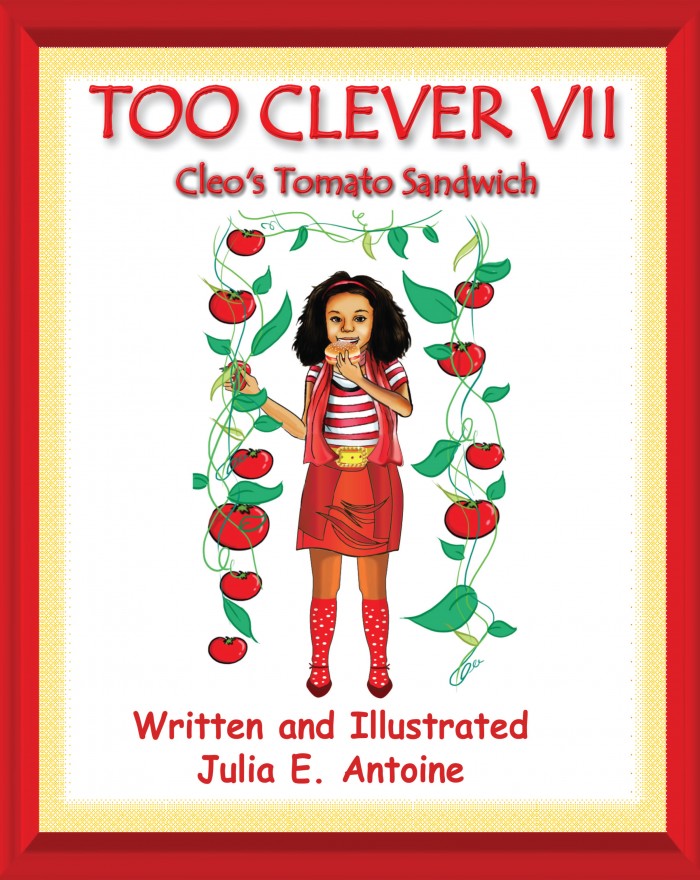 Her latest book, Too Clever VII (that’s seven to the uninitiated) is about Cleo. Now you know I love the name Cleo because it’s my cat’s name so I’m already interested. The other great bit about this book is that Cleo loves tomato sandwiches. I know it sounds weird but when I was pregnant with my youngest, I used to crave tomatoes on my grilled cheese sandwiches. And who doesn’t love a fresh, ripe, juicy tomato??

Now for the clincher: Doctor Julia’s books are replete with multicultural characters! Julia’s family has lovely brown skin and brown hair, like they could be Hispanic. Not that it matters what ethnicity they are as long as they are representative of #diversity, right?

So, Cleo falls in love with tomato sandwiches and learns to plant their seeds and care for them in a garden. There’s a moral there but it’s not beating the child over the head.

Another Too Clever book I want to share with you is Jason’s Eagle. 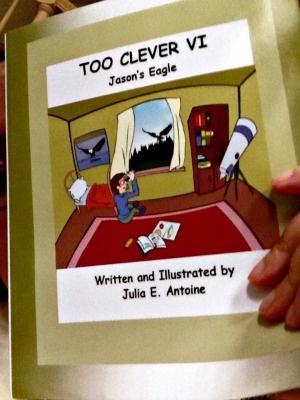 Jason discovers an eagle (bald eagle) and decides to become an ornithologist and learn all he can about birds and eagles.  He even tries to fly.  Fortunately his escapade turns out better than that guy who built his own wings and flew near the sun. I’m not gonna lie, I admire birds too and often wondered what it would be like to fly. I’ll admit the talons on eagles scare the what not out of me but look how beautifully they soar in the sky, no?

Who said education had to be boring?

Thanks to Doctor Julia for allowing me to review her books.

Stay tuned within the next few weeks for MORE of Doctor Julia!