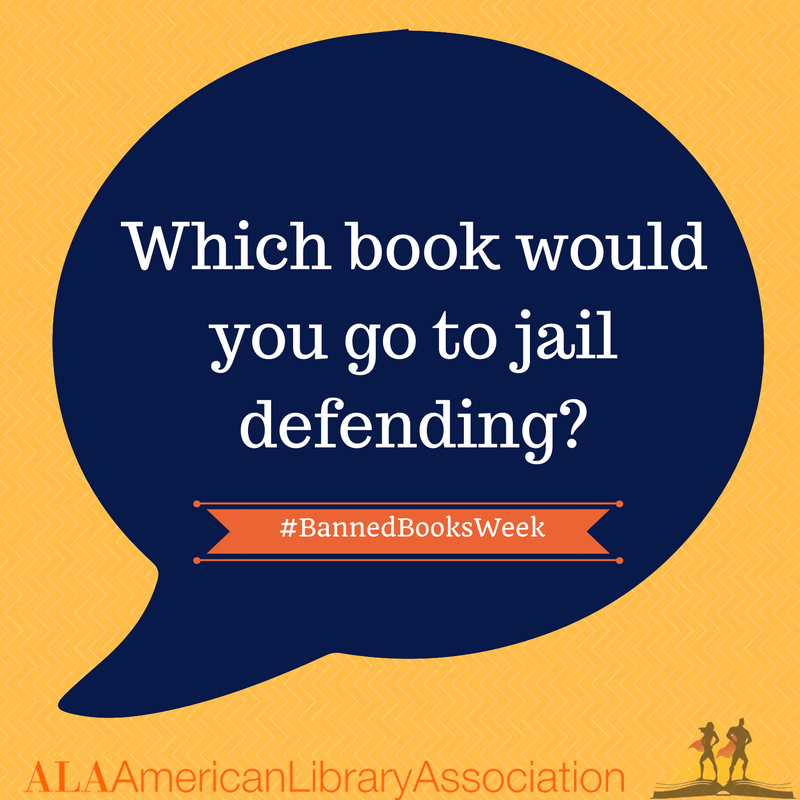 Confronting banned books makes you stop and think. Why do I feel this way? Are my feelings valid, biased, or conflicted? If you stop and think about it, you can probably understand why a parent would want to ban a book. But choosing books for your child  is a right of each parent, not a school board or other governing body.

That said, some people have gone to jail over their decisions regarding banned books.  What banned book would you go to jail defending?

Me? Probably I Know Why the Caged Bird Sings by Maya Angelou.

It’s true: while we want our fave writers to live forever, it’s just not possible. I mean, realistically, what would it be like if Shakespeare was still alive today? He’d be like 350 years old right? The thing is, writers never really die. Their legacies live on forever in our hearts. Your fave line or illustration will always make you smile; that’s why it’s your favorite. 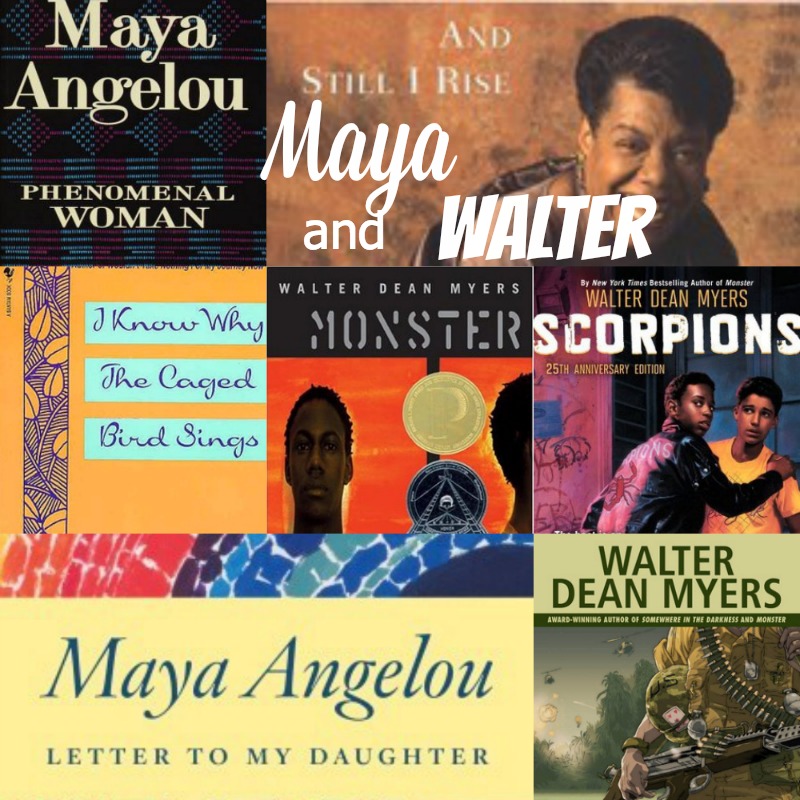 I’ve reviewed Myers’ books before.  Take a look here, here, here, and here. I’ve read most of Maya Angelou’s books, too, I just haven’t reviewed them. Guess we should rectify that.

“We all think we’re different, but when it comes around, we end up needing the same things. Somebody to love us. Somebody to respect us.” — Walter Dean Myers (Carmen)

Thanks for always giving us a good word, Maya and Walter and for showing the world that people of color do have a voice and it’s relevant.

Here’s an old post about banned books that I found interesting and STILL RELEVANT.

In the past I have published a list of banned books from 1990 – 2000 and I highlighted the books that I had read. Recently, one of my readers gave me the newest list which I just HAD to share portions of.

The reasons for the challenge and my comments follow:

I have read the titles in bold and my Pumpkin just finished and loved The Perks of Being a Wallflower. Perks has just been made into a movie and is currently also on many summer reading lists in my area.  I’m sure it’ll get more challenges as more people become aware of it.  I’ll prolly never read  Scary Stories because I’m a big chicken and don’t like to be scared. Smile.

So…according to those who challenge books, children should not read books that contain witchcraft or the occult, contain racism, talk about sex, drug use, suicide, homosexuality, are anti religious, violent, or use profanity.  So what does that leave kids left to read?  Nothing much, really.  Hey, even Capt Underpants has been challenged!

I will refrain from arguing against censorship because if you are reading this you probably feel, like me, that information wants to be free.  Nor do I want to talk about parenting and how you should only censor YOUR children, not everyone else’s.  Do not get me wrong, I am not anti religion or anti family or anti anything else.  Number 1 son says I am anti discrimination. Yeah.

Marshall University is a great resource for banned books (http://www.marshall.edu/library/bannedbooks/default.asp), check them out. You can also go right to the source and visit The American Library Association’s website for a complete listing.

What are your feelings about banning books?