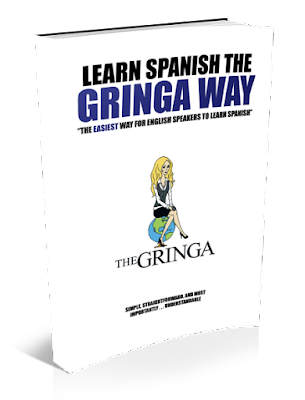 Step into a new world of learning, in which the journey itself is actually fun and exciting! The Gringa has taken a somewhat “nontraditional” approach toward teaching the Spanish language to English speakers. In doing so, she pioneered a system, The Gringa Way, which allows learners to translate their English thoughts into Spanish thoughts and sentences.
Â
This total “new approach” not only makes the language much easier to learn and understand but it transforms what many thought was “impossible” and makes it completely achievable. Many people have been totally overwhelmed by the “strict rules” and vast grammatical differences they discovered when trying the “old” and “traditional” methods of learning usable Spanish – so they quit – saying it is simply way too hard and frustrating.

Â With The Gringa Way method and the help of this book, you will be speaking Spanish easier than you ever thought possible.

Â Purchase the digital edition ofÂ The Gringa WayÂ for the special reduced price of .99 during this week only at the thegringa.com.Â Not only will you get a stellar discount, but you will also receive a personalized and signed GRINGA card and pen. Please send proof of purchase with physical mailing address to [email protected] 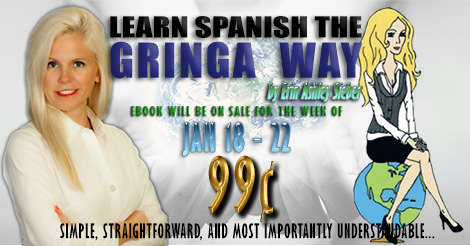 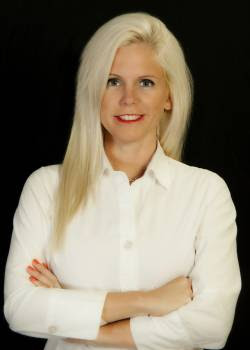 “I fell in love with the Spanish language, as well as the Spanish people, at a young, impressionable age. When I was fourteen I received a trip to Cancun, Mexico as a gift for Christmas! It was this trip that changed the rest of my career course, and really my outlook on life and other cultures.
What happened you ask? When I arrived to Cancun, Mexico, I was excited and eager to explore this new and beautiful land. It was my first time out of the States, and I was ready to mingle! Along my journey in Cancun, I encountered some people from South America who were traveling. I was all too eager to hear and learn about their background and country of Argentina – but there was one big problem I encountered with this: I did not speak Spanish (at the time) and they did not speak English. Besides knowing how to say â€œhola,â€ I had yet to have learned any Spanish. My best friend, (who was with me on the trip) did have a year of Spanish, but she was not yet fluent in any sense of the term. What is the point of this story you might ask? It was in that very moment of pure frustration and disappointment from not being able to communicate – I told myself: I would not let this happen again.
When I got back to the states, not only did I pick Spanish as my (language of choice) for all of my high schooling, but decided to go on to also make the Spanish language my major in College, and then go on to pursue a career using Spanish. My love for the language opened up many doors:
In High School, the National Spanish Honor Society inducted me into their honor roll. I then earned my first degree in the Bachelor of Arts in Spanish and International Business from Florida Atlantic University. While attending the university, I jumped at the chance to live and study in Salamanca, Spain and El Puerto de Santa Maria, Spain, as well as attend the private language school, Estudio Sampere for six months, where I received some of my most intense instruction in the Spanish language. I then went on to obtain my Masterâ€™s Degree in Business Administration with a concentration in Entrepreneurship from the H. Wayne Huizenga School of Business at Nova Southeastern University.
Since then, I have traveled the world and been to more than 8 Spanish speaking countries, have worked for the major newspaper El Nuevo Herald as their Business Development Manager , am a member of the American Translation Association as well as a qualified Court Interpreter in my home state of Maryland. I have also had the privilege to teach English to Spanish speaking members of a Major League baseball team.”