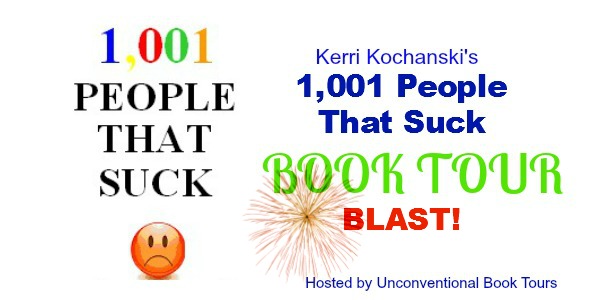 Kerri Kochanski, Author of 1,001 People That Suck is fed up with bad humanity and unkind behavior, and is “calling people out.” Championing kindness, tolerance, and understanding, the book “publicly shames” people who commit social crimes. As these crimes generally go unpunished, offenders fail to suffer a consequence, and thus, their bad behavior and unkindness continues. The book, however, delivers a consequence. It “officially” (and entertainingly) identifies 1,001 people who engage in bad humanity and unkind behavior, and labels them as “people that suck.” Pointing out humorous, serious, and questionable instances that are “really, just not right,” the book skewers offenders, and condemns them in the process. 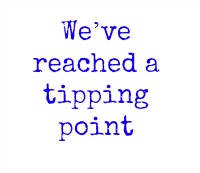 “If you think people behaving badly is not an epidemic, it is.” There are over 2 million entries on Google and over 6 million videos on YouTube that reference “people suck.” People are disturbed by bad behavior. And by ignoring, downplaying or accepting unpleasantness, we are creating serious, larger issues. Bullies are causing children to commit suicide; road rage is causing drivers to kill other drivers by running them off the road – even stalking, assaulting and killing them. The bad guys are starting to win, and the good guys need to do something. We’ve reached a tipping point. “Enough is enough.” 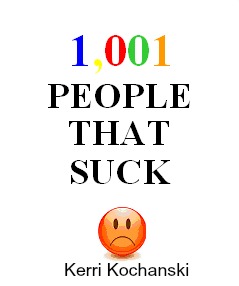 Commiserate and engage in discussion on the book’s blog and