“Lord what fools these mortals be!”

My new bestie Ally Maliniko wrote a fun book called Lizzie Spear and the Cursed Tomb which I can’t wait to read. 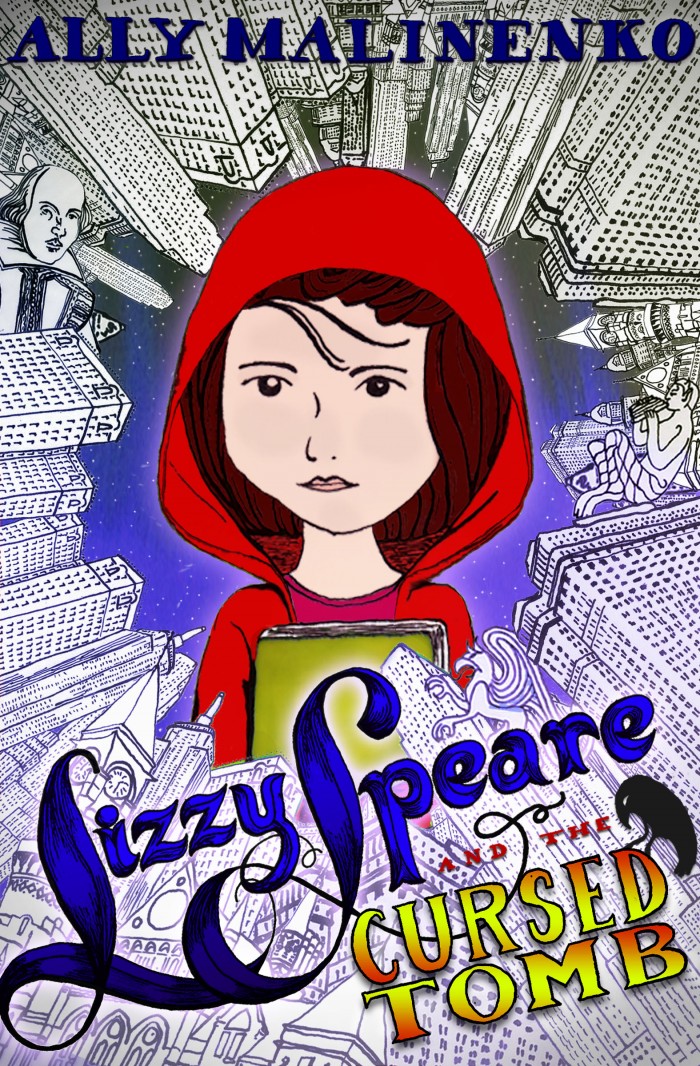 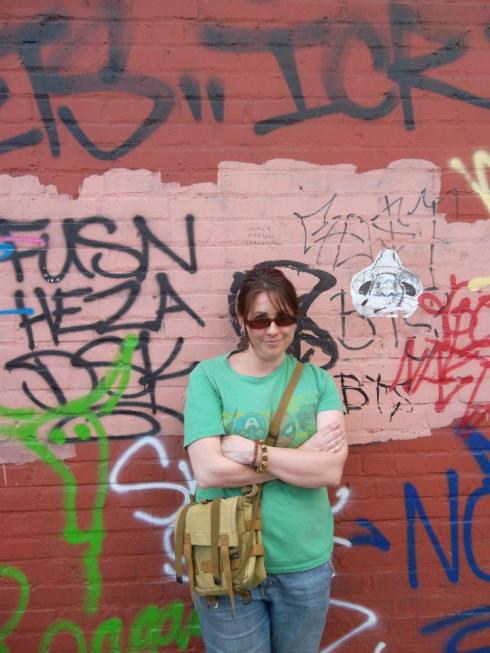 I asked Pally Ally to hang with us at Unconventional Librarian and talk about Shakespeare.  She said yes, yay!

We took the train from London up to Stratford Upon Avon halfway through our England trip. We had already seen the houses that the Beatles lived in, including the mews where Paul used to slip out the back to avoid the crowds. We had drunk lots of luke-warm beer in pubs and eaten ale pies and fish and chips. We had already been through the Tower of London and saw where people were imprisoned and beheaded. We walked Fleet Street, cut through Piccadilly Circus, found the Peter Pan statue (and J.M. Barrie’s home) and crossed Abbey Road like a couple of tourists. In my suitcase I had tickets for Love’s Labours Lost at the Globe upon our return from Stratford.

You see, I had always wanted to go to London. Yes, the Beatles and yes the history and yes the good food and cool accents but more than anything else I wanted to go because I am a Bardolator. I am card carrying Bardolator if any of us Bardolators bothered to make cards.

Not familiar with the term? It’s described as such:

Facetious idolatry or excessive admiration of William Shakespeare (1564-1616), the English dramatist and poet

See, I wrote this book called Lizzy Speare and the Cursed Tomb because I loved Shakespeare and I couldn’t help but wonder how cool it would be to be the last living descendent of Shakespeare. But the “Cursed Tomb” part – I didn’t need to make that up.

The Bard is buried in the chancel of Holy Trinity Church. And his epitaph is by far the greatest that has ever been written since they started putting chisel to stone in honor of the dead:

Ye gads! Hark and Haloo and all those other 16th century terms of exclamation. A cursed tomb? Yes please!

We were promptly checked into the most amazing Tudor hotel in the most amazing town in the world which looked like it was yanked straight out of the 1500s. It’s exactly the way you’re picturing it – narrow winding cobble streets, thatched roofs, gardens spilling roses out onto the walkway. Picture perfect.

Now the folks that run Stratford are well aware that Bardolators (i.e. crazies) like me come up here to see as much Shakespeare stuff as they can so they put together this five house deal. You can see his birthplace, where his kids lived, etc, etc with one ticket. So my husband says to me, “Where do you want to start?”

And as demurely as possible I say, “I guess with his birth house,” even though both I know and he knows that is a flat out lie. He grabs my hand and says, “Let’s go see the old boy’s bones.”

And off we got to Trinity Church. Now, gentle reader, my heart is in my throat. I can’t recall a time when I was more excited than I was walking those winding paths approaching the church.

I don’t think it even registered. I was too busy watching the swans float down Avon. Once we headed in through the first set of doors though, I knew something was wrong. On the second set of double doors there was a sign indicating that due to construction the Chancel was closed. Closed. The same words I had read outside that my brain refused to comprehend. Due to construction the Chancel is closed.

The chancel – where Shakespeare is buried – was closed. Closed? It suddenly became a foreign word. How could it possibly be closed?

My husband watching my face drop grabbed the first the first person he saw. We flew here, he explained. Over an OCEAN, he said. We have to see his grave, he begged.

“I’m sorry sir. It can’t be helped,” the soft spoken church manager replied before walking off in his squeaky shoes.

Ever seen that Chevy Chase movie National Lampoon’s Vacation? The scene when they get to Wally World and John Candy tells them it’s closed? “Moose outside should have told you.” And Chevy Chase proceeds to punch the moose in the nose. (I’m really dating myself here aren’t I?). That was me. I was going to punch a moose.

As we stood about 15 feet from the chancel and tried to peer though the scaffolding to see what might have been the edge of the stone in the floor that marked the final resting place of the greatest writer who ever lived, my husband put his arm around me and gave it a little squeeze.

I nodded, even though it wasn’t. It was far from okay.

“I mean it’s okay if you squeeze right through there,” he said, pointing at the construction blocking the entry to the Chancel. “I promise I’ll bail you out. It’s worth getting arrested over.”

I smiled. Tempting. It was very tempting. I won’t lie, gentle reader, I almost did it.

Instead, I guess we’ll just have to go back to Stratford again, right? Will’s waiting out there, cursed tomb and all. And this time, I can bring his descendant with me.

Ok? No-K (Big Fat Greek Wedding reference)! But I’m kinda of the mindset that getting arrested in a foreign country MIGHT make for good cocktail chatter, it could also be a good reason to be put in a really scary prison a la Bridget Jones…

How fun is she? Check her out at AllyMalineko.com.  She’s on Twitter  and GoodReads too! You GOTTA be friends with a person who quotes Lewis Carroll and trolls the Bard’s grave, right?