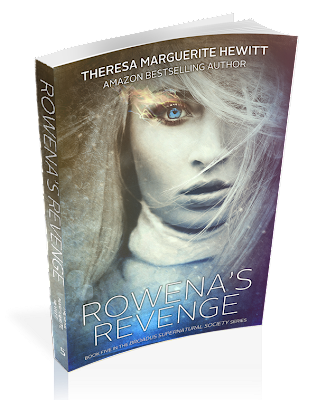 Rowena’s life has never been easy.Â
Being part Were and part Fae fire-starter she has learned to live a solitary life, depending only on her own instincts until one mistake throws her into danger. Now being chased by a psychopathic Warlock who is bound and determined to “own” her, Rowena must rely on her newly found mates and family. But is she ready to trust? Or will her damaged heart plunge her into darkness?
Blaine is a strong wolf, wanting to protect his new mate with his life. When a new man comes into her life, he can’t help but be jealous. Will it drive him into betrayal? Or will he accept their new life too late?
Penton has lived hundreds of years looking for his mate. Now he’s found her, but can he keep her safe long enough to get her back to Montana?
Cearbhall is one of the last Dark Warlocks known in the world. He has been searching for centuries for the ‘fire-heart’ that will complete hisÂ prophecy, bringing the world to his feet. In Rowena, his dark, twisted mind finds it with just the hint of her blood left behind as she runs from federal forces.
He will stop at nothing, killing everyone and everything in his path to have her for his own. He thinks nothing of leaving a path ofÂ destruction across the countryÂ in his wake to claim her.
Will one of these three mates pay the ultimate price for love? Or will evil finally descend upon Broadus, Montana and The Big Sky Pack?

â€œHello and thank you for joining me for this special news cast on this 24th day of December, my name is John Kinglander.Â
Tonight we discuss the ever changing world of supernaturals in todayâ€™s society, and mainly the small, quiet town of Broadus, Montana; where lately a lot of activity has been centered.
Â Â
This little town, just off of Route 212, is home of the Big Sky Pack. This Pack is unlike most you and I are used to. They have members of all shifter types; wolves, mountain lions, tigers, bears, and even razorback boars. Theyâ€™ve come to accept all supernatural types when a special woman stepped into their lives almost five years ago.Â
Ask any of the locals, as I spent most of last week doing, and they will tell you that their lives changed the day Siofra Oâ€™Hana, now Siofra Johnson, stepped into their towns, and they all told me it was for the better. The consensus was that this fiery mother of six has strengthened their Pack more than any of them could fathom possible.
It started when she was kidnapped from a wedding dress shop by a former lover, thought to be dead by her and all those that knew him. She was held in an abandoned barn, beaten and almost rapped, but as I got from my interview with her, she never once worried about herself. She only wanted her Pack, her fiancÃ©e, and her son to be safe; she couldâ€™ve cared less what her ex-boyfriend, his brother and their rag-tag bunch of wolves did to her.
Her husband, Conall, and her mates, Abe and Dyson, gladly stepped in, saying that Siofra is much stronger than she gives herself credit for. I canâ€™t disagree.
After surviving the kidnapping, Siofra was confronted with her relation to creatures of the Fae and her father, Ancient Druid and advisor to the Fae royals, Shamus. Siofra embraced her white wolf and learned that she also carried magical powers; all while being hounded by the evil Prince of Elves, Bronton. The malicious Bronton brought war to Broadusâ€™ backyard and the Pack fought as one.
They drove the princeâ€™s army of Trolls off, but not without great sacrifice. Siofra was driven into a coma, leaving her husband and Pack mates to worry about her for weeks on end. As we can all see, she returned and the Pack moved on, stronger than before.
We all know that life is not without its tragedies, and in my opinion Siofra and her family have suffered more than their fair share. A Christmas Eve car accident drove Siofra into a deep depression, and the Pack into a funk.
â€œWe didnâ€™t function like normal wolves. We were more like zombies without her laughing and smiles,â€ her brother-in-law, Pack Alpha Mike Johnson, said when I interviewed him.
Finally bowing to the need for help, Siofra traveled to a nearby town, seeking group therapy. There she met a friend, Nikki, and ran into her unknown mate Dyson Killian for the first time. All was not well in Broadus as everyone suspected and there were dark things on the horizon.
Siofra couldnâ€™t know that a vengeful soul would bring an ancient demon into her life. Possessed and wanted, Siofra was kidnapped again and held hostage in the dark Pryor Mountains; the home of the Elves. Tortured and rapped, Siofra thought all was lost, but that at least her family would be safe. Learning she would bring the end of the known world, and reuniting with a loved one, though deceased, she vows to get her revenge.
Penton, former Prince of Elves and now reformed advisor to the Fae, travelled to his home land to rescue Siofra, bringing her through the portal that lies at the back of her property. They werenâ€™t alone though, and as Siofra struggled with a heartbreaking decision, her Pack fought off Trolls and other dark magic creatures around her.

In my opinion, Siofra is one of the most self-less people I know. That night as war raged around her, she sacrificed a piece of herself to bring an end to evil. The decision hung heavy on her heart and she decided to run, to transport herself using her magic to a place she thought safe and away from danger.

Turning to a friend of the family, Madame Petit, a former Pack leader and acclaimed Witch living in New Orleans, Siofra was handed another surprise. She once again found that fate handed her another mate in the form of Were-tiger, Abe. With his help, and that of new vampire friends, Siofra began to heal and accept that she needed to go back to her family and Pack.
A powerful, magic wielding, and mind reading Werewolf such as Siofra canâ€™t go unnoticed, and the former Master Vampire from Las Vegas took a special interest in her, chasing her from New Orleans back to Broadus, evading the scope of even the F.S.C.C.A.. He used an army of Ghouls, a force of decoys, and finally kidnapping her oldest son as tactics to draw Siofra out.
â€œIt really wasnâ€™t that big of a decision. He had my son, I needed to get him back, and I knew that my father and my mates were there if I needed them,â€ Siofra said about her following the Master Vampire to his lair in Las Vegas. The demise of the vampire was caught on amateur video and became the YouTube hit that we all know.

When asked whether or not she thought the camera phone video hurt the image of supernatural creatures, Siofra replied, â€œNo, I donâ€™t think it hurts our image. Human take retribution too, but you send those people to jail. We have our own laws, and humans happily let us abide by them. I only wish that I didnâ€™t look so fat in the video. I know I was pregnant at the time, but dang. I look like a hippo.â€

Just as the branch starts to lift, the breeze kicks up again with a ferocious hiss, whipping the snow into my face and causing the two wolves to stumble back, swearing. Shaking the snow from my face, I hear a thud and the wolves growling. Turning my attention back to their feet, I see a third pair of legs joining them now as their voices rise, snarls and growls filling the air for only a second before the distinct sound of steel leaving leather, and a bright streak of silver flashes before my eyes. 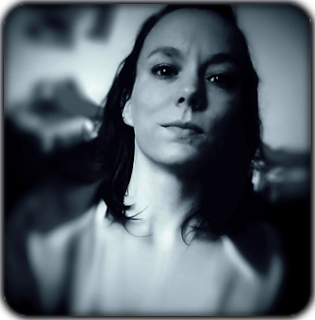 Theresa Marguerite Hewitt is a very laid back person; enjoying the simpler things in life more than most sometimes. She grew up in a very, VERY small town in Central New York and she will always be a Redneck Woman.
She loves reading, writing, taking long pointless drives andÂ long dusk time walks. Fall and winter are her favorite times of year and she spends more time outside then than in the summer. She loves hearing from fans andÂ is notÂ above fan-girling on those that show her tons of support.
She donates the profits from the Amazon sales of her military series, The Wakefield Romance Series, to various military charities including; Wounded Warrior Project, Red Circle Foundation, Boot Campaign and others.
She is addicted to the cheap-Harlequin romances you can pick up in most drug stores and cannot go in and out of a store without picking up at least one. SheÂ residesÂ in Buffalo, NY with her boyfriend, two dogs and two cats.