What’s In My Ear: Rose Under Fire by Elizabeth Wein 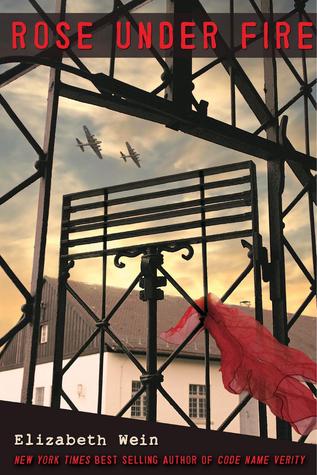 I love love love the Code Name Verity series by Elizabeth Wein! I totally have a photo of the two of us together somewhere but, you know how finding those things goes.

Wait. Hold that thought. I found it!! 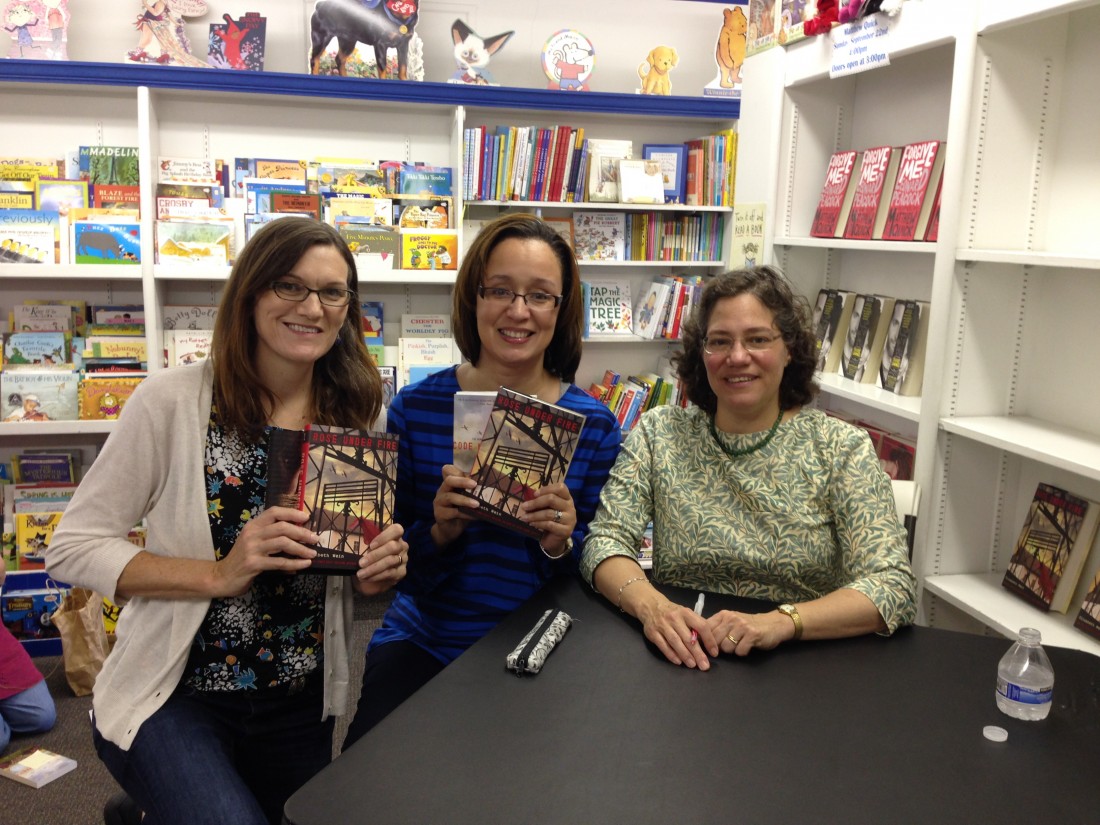 This pic was taken at Children’s Book World in Haverford (cheating on Towne Book Center, shhhhhh) at the release of Rose Under Fire. Signed Hardcover dorky love ya’ll!!

I first read Code Name Verity over a year ago. In fact it was probably more like 2013. A friend at the bookstore turned me on to it and I loved it! CNV is the story of girl pilots during WWII. As I’m a fan of British TV shows like Bletchley Circle which center around female code breakers during the war, CNV was a perfect fit.

There are two main characters in CNV which you grow to love. I’m not going to spoil the ending for you but let’s just say that I was powerfully moved after finishing Verity and couldn’t bring myself to read the companion book. Â I finally FINALLY in April 2015 thought I was ready to read Rose Under Fire. And let me tell you something; I was also reading Corrie Ten Boom’s The Hiding Place at the same time, which I don’t advise. Â The atrocities during WWII never. cease. to amaze. me. Â Hitler and his minions were the worst of the worst.

Rose Under Fire brings pilot Maddie from CNV and introduces you to Rose Moyer Justice theÂ heroine you will grow to love.

RUF has won all kinds of awards and for good reason too. If you want kids to learn about the war and the German occupation, give them this to read. Dr. Wein completely researches her facts so while this is fiction, the facts will teach you more than you’ll ever learn in History class (sorry to my 9th grade History teacher) or a boring autobiography. I kinda feel like if Anne Frank had published her diary of her internment at a concentration camp, it would probably be the only otherÂ autobiographyÂ I would read.

I cannot tell you any more about RUF because I will give it all away. It’s so good. I laughed, I cried, I cursed. Â You will too.