Why You Should Read Walter Dean Myers

Walter Dean Myers is a prolific writer of young adult and middle grade children’s literature.  The problem is, you might not have heard of him.  WDM’s many titles include: 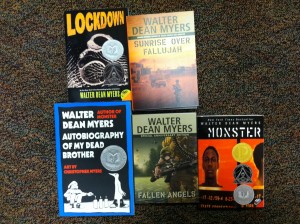 WDM’s writing is good and his work has been awarded countless awards.  Currently he is the National Ambassador for Young People’s Literature, a position that strives to raise literacy awareness.  So, if he’s so important, why have you probably not heard of him?

But now you have. And now you should get acquainted with his work.  His work is powerful and speaks to not only those of color, but to those who want to do better with their lives or don’t understand why things work the way they do.

That’s because it IS you.

Everyone can benefit from reading a Walter Dean Myers title or two.

I just finished All the Right Stuff, his latest release.

See below as Cleo takes a break from supervising my reading of All the Right Stuff. 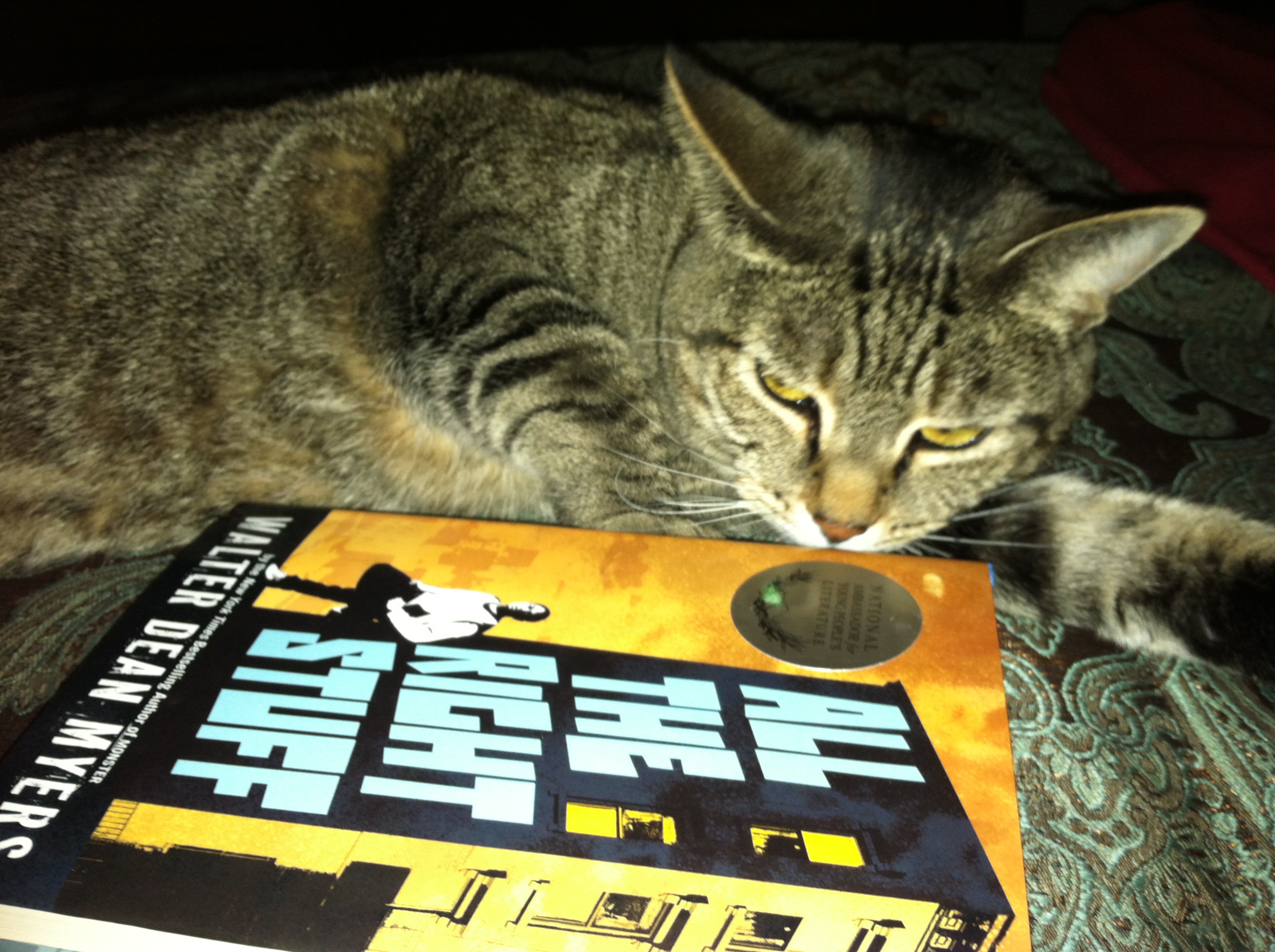 I love this book and d’you know why? It’s smart and it makes you think!  Young Paul lives in Harlem and gets a summer job at a soup kitchen where he learns not only how to make soup but how to evaluate his place in the world and how to engage in intelligent conversation about how to change the world for the better.

Any child can relate to this book, not just an African American child or a child who lives in Harlem or another impoverished neighborhood.  Any child who must make a choice between doing good and doing wrong can appreciate the choices Paul has to make.

I can’t recommend this book enough.  Look in your bookshelf; there’s prolly an old copy of a WDM book lying around from a required reading assignment.  Pick it up and read it.  It’ll make you think.  Meanwhile? I’m going to do the same…

I give this book four paws for honest portrayal of young African Americans.