Preschool, the UK and Trifle

Last week I was teaching my little ones about the UK. Ok so really I was just exposing them to the idea that there are different places all over the world, but whatever, right? Anyway, we talked about the UK.  I showed them a map of the UK and we colored the flag.

We discussed the idea that Great  Britain has a Queen.

I taught them the poem “Pussy cat Pussy cat where have you been?” which we acted out on the flannel board.

The culminating event to all things UK was making TRIFLE!!   My kids love food, and any project that contains food is always a winner so it was a no-brainer when I decided to make trifle. Trifle is really easy to make, difficult to mess up and so fun to eat!

Here’s the recipe I used:

So here’s what we did.  First, we put a layer of cake in the bottom of a glass bowl.

Then the children each put a container of vanilla pudding on top. 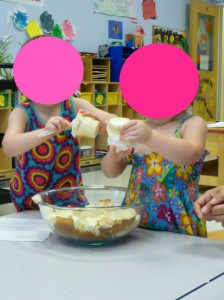 Looks yummy already, non?  Each child was allowed to take their “empty” pudding container back to their seat to eat it the remaining pudding. This was an accidental but INGENIOUS idea cuz it kept them from begging for another turn. SCORE!

After the pudding (note to self: next time make sure you have pudding for EVERYONE. Two children didn’t get to put the pudding on and almost had a meltdown) came the whipped cream! 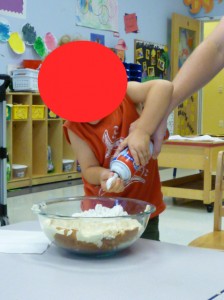 This lucky little guy was afraid of the can at first then as you can see, he grabbed it and attacked his job like a seasoned machinist! 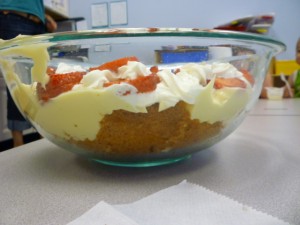 Here’s how it looks from the top: 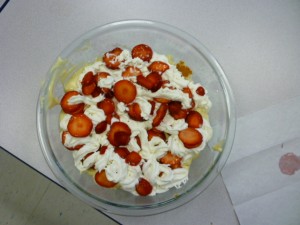 totally yummy looking isn’t it?  I think my kids have career options!

And the best part? No one sneezed or flicked anything into the bowl.  PERFECTION!

What have you made with your little ones? I need more ideas!

Let’s Hear it for the Girls! Books, Women and the Olympics

SCORE!! I tracked down Pick your Plot author Dan Keidl and tortured him until he agreed to an interview !

Grammarly is My Home Girl