The Obsidian Mask by Caroline Ludovici 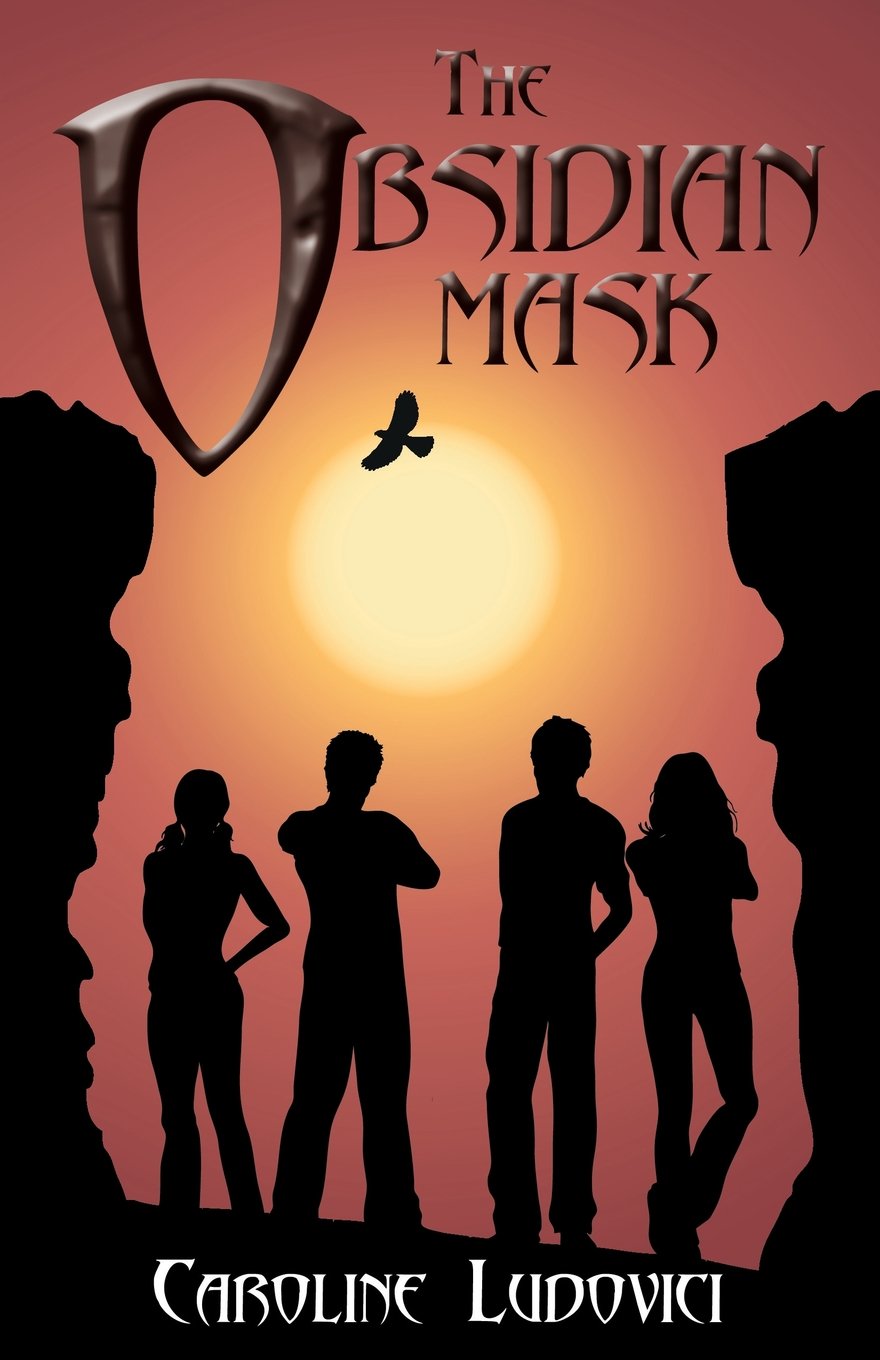 I LOVE when my friends write books! I love it even more when they write sequels to books! My lovely friend Caroline, wrote The Obsidian Mask, which I read and enjoyed.

Here’s a synopsis to refresh your memory:

A highly respected Mesopotamian warrior queen, known throughout the lands for her diplomacy and fairness, has been killed in a cowardly attack by a neighboring king intent on securing their city’s precious water supply during a long, devastating drought. Her daughter, the young princess, has a death mask crafted from an ancient, sacred block of obsidian, has it inlaid with precious family stones, then seals it in the tomb with the queen until the end of time…

The Obsidian Mask is present day, fast moving adventure involving four young teenagers. Natasha, the main character, is fifteen, pensive and intuitive. Her thirteen year-old brother, Alex is easy-going, fun and likable. They fly from London to the Middle East to join their archaeologist mother for the Easter holidays, where she is excavating with an international team of archaeologists. However, almost as soon as the children arrive, things don’t go as smoothly as expected.

The team has recently discovered the palace and the tomb of an ancient Mesopotamian queen, which they are in the delicate process of uncovering. Until its discovery the queen was merely a legend, so Marcello, the Italian director of the dig, is ecstatic at finding it; it is the pinnacle of his long career. The tomb contains many skeletons and interesting artifacts, but nothing more fabulous than the queen’s incredible, priceless death mask that covers her skull. However, unbeknown to Marcello, it is not only his team who shows a keen interest in the precious mask.

Despite the general excitement with the find, Natasha’s mind is elsewhere. She has taken an instinctive dislike to Marcello, who she realizes has interests in her mother. Her resentment and jealousy towards him is made worse when she is thrown together with his two teenage children, who are also staying at the camp. Lorenzo, fifteen, is immaculately dressed, polite, and well spoken, and Gabriella, his sister, is thirteen, bored, very spoilt and irritatingly winy. But despite Natasha’s reluctance in liking the family, Marcello confides in her while showing her the incredible tomb of the ancient queen. He exposes his vulnerable side, and Natasha finds that he shares many of her own feelings and sentiments, especially in the subject of digging up the past, and she reluctantly begins to warm towards the middle-aged Italian.

Yanni, an enthusiastic, good-looking, nineteen year-old Polish volunteer, having detected Natasha’s obvious resentment towards Marcello and his children, gently takes her under his wing. As well as showing her the workings of the dig, and around the beautiful palace floor that he is thrilled to be working on, he helps her to get over her selfish feelings of resentment towards Marcello by telling her a story of his own. However, this personal attention leads Natasha to develop feelings of a different kind towards this young man, and the holiday begins to take an interesting turn in her eyes.

Quite unexpectedly, just as the four teens begin to get to know each other, they are kidnapped, hidden in a cave and held for ransom in exchange for The Obsidian Mask. Natasha’s long blond braid is cut off and sent to Marcello in a box with a ransom note. Marcello is holding a major press conference on his discovery of the Mask and the legendary Queen, with the world’s media and local dignitaries present, and it is during this important lecture that the plait is discovered and the children’s disappearance is realized.

As well as being an exciting adventure for young teens, the reader also learns a little ancient history, and experience the excitement and importance of uncovering an ancient site. The story is insightful, tender, and very thought provoking. The reader experiences the changing sentiments and thoughts of a teenage girl, who comes to realize how selfish and pre-judgmental she has been. In this first book, the children’s characters are developed and opportunities are left open for their subsequent adventures in different locations around the world. Book two continues in Italy. While their parents, now engaged, excavate ancient Etruscan ships buried under the Pisa railway station, the four teens discover that Lorenzo and Gabriella’s grandmother, the Contessa, has more to hide than the average Italian nonna, and unraveling someone’s hidden identity leads not only to to stolen artwork hidden by the Nazis during WW11, but a can of worms they wish they hadn’t opened…

Say what?? Sounds like the Kane Chronicles mixed with Capture the Flag mixed with a pirate adventure?? Ok well maybe not pirates but one can only hope, right? I love books that take kids to Egypt.  I hear there will be a sequel so keep your eyes on this channel!

Heroine by Mindy McGinnis a #Cybils YA Fiction Winner!

Want to read a #Diverse Book but don’t know where to start? Start Here.

2 thoughts on “The Obsidian Mask by Caroline Ludovici”