Local Girls by Caroline Zancan, the August Book of the Month pick 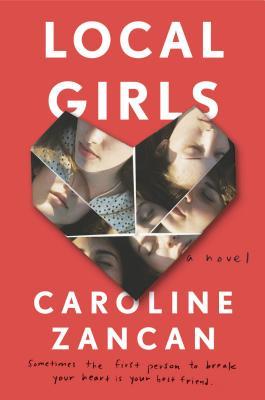 I’m thrilled to have been chosen to read books from The Book of the Month club! August’s pic was Local Girls by Caroline Zancan. 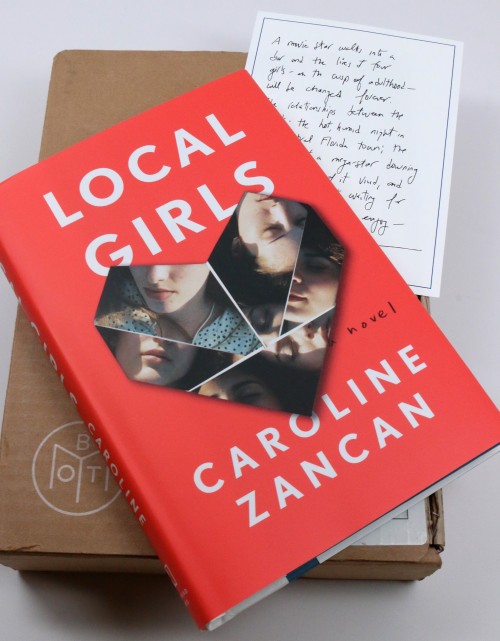 Maggie, Lindsey, and Nina have been friends for most of their lives. The girls grew up together in a dead-end Florida town on the outskirts of Orlando, and the love and loyalty they have for one another have been their only constants. Now nineteen and restless, the girls spend empty summer days bouncing between unfulfilling jobs, the beach, and their favorite local bar, The Shamrock. It’s there that a chance encounter with a movie star on the last night of his life changes everything.

Passing through Orlando, Sam Decker comes to The Shamrock seeking anonymity, but finds Maggie, Lindsey, and Nina instead. Obsessed with celebrity magazines that allow them a taste of the better lives they might have had, the girls revel in his company. But the appearance of Lila, the estranged former member of the girls’ group, turns the focus to their shared history, bringing all their old antagonisms to the surface—Lila’s defection to Orlando’s country club school when her father came into some money, and the strange, enchanting boy she brought into their circle, who fundamentally altered dynamics that had been in play for years. By the night’s end, the escalation of these long-buried issues forces them to see one another as the women they are now instead of the girls they used to be.

Now don’t let the blurb distract you.  This book is like Sisterhood of the Traveling Pants for the common girl.  These young ladies are just everyday folks.  In fact, they mention Sisterhood in the story which is ironic because the lives of these girls are nothing like the sisterhood girls. Yeah sure they share similar teenage dreams but the girls in this book are working girls; far from the middle class life of the Traveling Pants group. They are not bad girls, just the girls that kind of get ignored when  other people move away and move on with their lives.

What I appreciate about the story is that the girls start off as friends when they are young. Much like many friendships do.  I think back to the time when I had my own girl posse.  I thought we’d always be together. So did these edgy tough girls.  But people grow up, their tastes change and things happen. While I didn’t quite always follow the way the author told the story or what exactly broke the group apart, the story is intriguing. There is certainly a relatable quality to a few of the girls in the group.  Who are the people who live in tourist towns, anyway?

I would suggest this book for bookclubs and maybe one final beach fling read. This is why I love book clubs, you are exposed to books you wouldn’t normally pick up!

Who was Sam Decker modeled after?