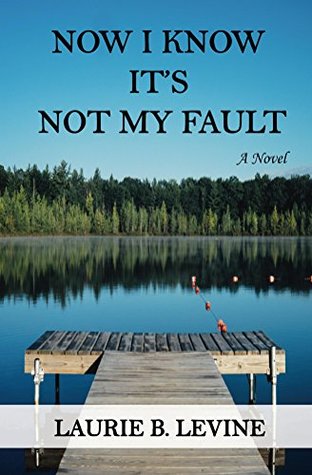 Now I Know It’s Not My Fault

I was inspired to write my debut young adult novel, “Now I Know It’s Not My Fault,” after a female teacher in the town I lived in was accused of sexually abusing several male high school students. There are some kinds abuse that seem to occur under the radar. The sexual abuse of a boy—or a girl, for that matter—by an adult woman is one. There isn’t much room in our cultural views of women to see them as potentially dangerous to children, especially in a sexual way.

For much of the twenty-five years I’ve been seeing clients as a Marriage and Family Therapist, I’ve helped people understand and work through trauma, child sexual abuse, and domestic violence. I’ve also seen many people who come to therapy with signs and symptoms of childhood abuse without any significant traumatic event in their histories. Exploration of their early relationships with adults often reveals a relationship in which an adult has repeatedly crossed boundaries in ways that are sexualized. When most people think about child sexual abuse, they think about an adult engaging in direct sexual contact with a child. I wanted to tell a story about a subtle form of abuse called “sexualization,” which occurs under the radar, and to explore the idea that women can be abusers, too.

There are characteristics of this kind of abuse that also occur in other types of abuse, but in less overt ways. The process by which a dangerous adult lures a vulnerable kid into an abusive relationship is called “grooming.” I wanted to capture the essence of that kind of relationship, and the damage that it can do. Writing the story as a novel, rather than a clinical case study, gives the reader the experience being drawn to Paula, the abusive teacher. The reader experiences her the same way Alexandra, the fourteen-year-old main character, does. Paula is attractive, charming, and cool. She understands Alex’s vulnerabilities and emotional needs. In the beginning of the relationship, she does a good job of meeting those needs. Their relationship changes when Paula starts to use Alex to meet some of her own deep, unexpressed needs, and Alex gets hurt in the process.

Common questions that come up in situations like Alex’s are: “Why did Alex stay in the relationship?” or “Why didn’t she fight back?” The answer to both those questions is the same: it’s the “trauma bond.” A trauma bond is a way describe the deep, and sometimes lasting, connection a child has to her abuser. Paula creates painful, humiliating situations for Alex, then acts loving and forgiving. This cycle leaves Alex desperately needing Paula, as Paula is the only one who can diminish the very pain she’s created for Alex.

Now I Know It’s Not My Fault is for anyone who wants a deeper understanding of the traumatic consequences of this type of abuse.

This book is on my TBR list. Just last Fall at KidLitCon in Wichita we talked about issues like this in YA books. Assault is not an easy topic to discuss so the more we know about it, the more we can be on the lookout to help kids.

Many thanks to my new bff Laurie for writing this timely novel. I also think I need to make abuse a topic for next year’s Diversity Reading Challenge. Go ahead and add it today to yours.