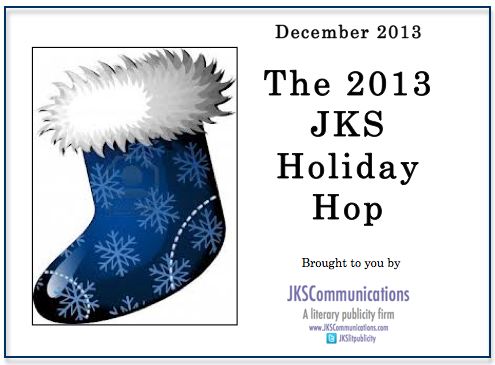 If you’re searching for books to give as Christmas pressies, consider these titles below.Â  All of these books are published by Creston books and are printed on paper Made in the USA. How ’bout that? 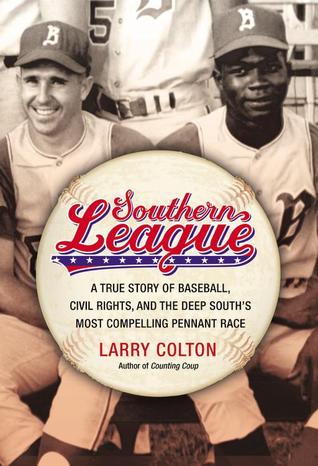 “Birmingham is probably the most thoroughly segregated city in the United States. Its ugly record of brutality is widely known. Negroes have experienced grossly unjust treatment in the courts. There have been more unsolved bombings in Negro homes and churches in Birmingham than in any other city in the nation.”

Anybody who is familiar with the Civil Rights movement knows that 1964 was a pivotal year. And in Birmingham, Alabama – perhaps the epicenter of racial conflict – the Barons amazingly started their season with an integrated team.

Johnny “Blue Moon” Odom, a talented pitcher and Tommie Reynolds, an outfielder – both young black ballplayers with dreams of playing someday in the big leagues, along with Bert Campaneris, a dark-skinned shortstop from Cuba, all found themselves in this simmering cauldron of a minor league town, all playing for Heywood Sullivan, a white former major leaguer who grew up just down the road in Dothan, Alabama.

Colton traces the entire season, writing about the extraordinary relationships among these players with Sullivan, and Colton tells their story by capturing the essence of Birmingham and its citizens during this tumultuous year. (The infamous Bull Connor, for example, when not ordering blacks to be blasted by powerful water hoses, is a fervent follower of the Barons and served as a long-time broadcaster of their games.)

By all accounts, the racial jeers and taunts that rained down upon these Birmingham players were much worse than anything that Jackie Robinson ever endured.

More than a story about baseball, this is a true accounting of life in a different time and clearly a different place. Seventeen years after Jackie Robinson had broken the color line in the major leagues, Birmingham was exploding in race riots….and now, they were going to have their very first integrated sports team. This is a story that has never been told. 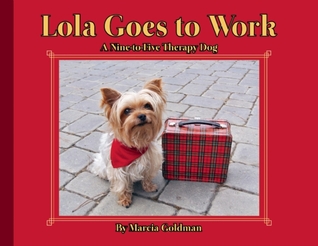 Meet Lola, a little terrier with a big job. Children will identify with the feisty Lola as she struggles going to school, passing tests, and finally achieving her Big Dog dream. If Lola can make it in a world of Great Danes and Labradors, so can anybody who’s feeling like a runt. Teacher guide for empathy curriculum in back of book, additional material on Creston and Author website.

I want to work with Lola. Make it so.
Goodreads
Website
Amazon

How to Be Human by Florida Frenz 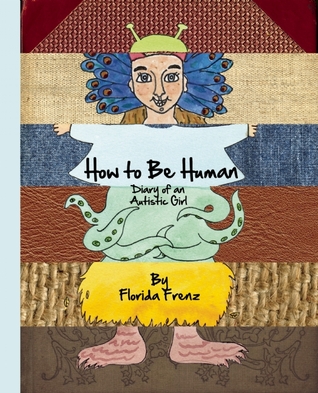 With powerful words and pictures Florida Frenz chronicles her journey figuring out how to read facial expressions, how to make friends, how to juggle all the social cues that make school feel like a complicated maze. Diagnosed with autism as a two-year-old, Florida is now an articulate 15-year-old whose explorations into how kids make friends, what popularity means, how to handle peer pressure will resonate with any pre-teen. For those wondering what it’s like inside an autistic child’s head, Florida’s book provides amazing insight and understanding. Reading how she learns how to be human makes us all feel a little less alien. A teacher guide is available on the Creston website for compassion/empathy curriculum and for modeling journal writing and print copies for major conferences

We all need to learn empathy.The world would be a better place. 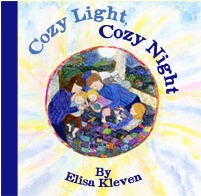 Richly illustrated, Kleven’s latest picture book feast presents a year of everyday wonders, giving children an opportunity to snuggle up with a parent and enter into a warm, cozy world, where even the planets are tucked cozily into bed along with the shining stars.

Teacher guide for how to use Cozy Light, Cozy Night as a mentor text:

Mentor texts are those well loved texts that provide teachers opportunities to build on the modeling process of what makes good writing as well as addressing the reading and writing connections. Elisa Kleven’s text allows readers toÂ experience the seasons through her beautiful art and language that supports investigation of the seasons. The study of the intentional language and craft choices of the author, will serve as a model to inspire students to write like Elisa Kleven â€” show don’t tell as the tool to be more descriptive, using sensory details and share rich examples with readers as they explore any topic.

This is from the BUTTERFLY lady!

Compost won’t mean the same thing afterÂ readers haveÂ seen the amazing transformation of Jack from grinning pumpkin to mold-mottled wreckage to hopeful green shoot. The story of decomposition is vividly told so that science comes to life (and death). Part story, part science, and a whole lot of fun. Features a teacher guide in the back of the book, and additional material (including instructions on how to put on a Rotten Pumpkin play in your school) are on the Creston and Author websites. 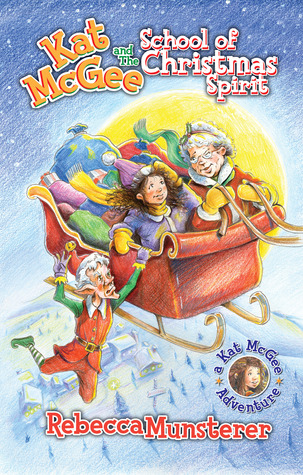 If Kat McGee had one Christmas wish, she’d wish to be special. Instead, she’s the boring middle in a family packed with sparkly siblings, including three sisters who have all starred as Mary in Totsville, Maine’s annual big-deal Christmas Pageant. All Kat’s done is wet her pants on a rollercoaster and earn herself the horrible nickname, “Kat McPee.” When she doesn’t get the part of Mary, Kat’s convinced that Christmas will be just another Kat McPee failure. But then Kat’s beloved Gram lets it slip that she went to school with Mrs. Claus. The Mrs. Claus. Before Kat knows it, a magical snowglobe whisks her away to the North Pole, where she makes friends, checks naughty and nice lists, and takes classes in cookie baking, reindeer training, and toy designing. It’s a Christmas miracle… But something is wrong. The North Pole is being threatened, and only Kat McGee can help. Kat McGee and The School of Christmas Spirit is about a modern girl in a magical adventure. Kat is about to learn who you can be if you believe in Christmas… and yourself 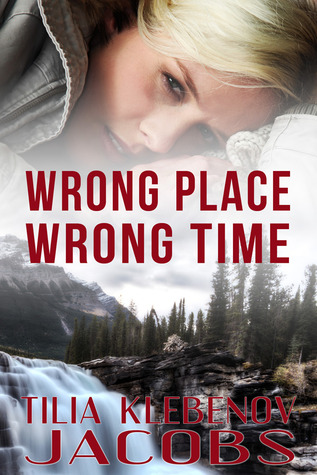 When Tsara Adelman leaves her husband and two young children for a weekend to visit her estranged uncle, she little dreams he is holding several local children captive on his lavish estate. Mike Westbrook, father of one of the boys, kidnaps her to trade her life for the childrenâ€™s. Soon Tsara and Mike are fleeing through New Hampshireâ€™s mountain wilderness pursued by two rogue cops with murder on their minds.
Might not be for the kiddos but sounds intriguing, no?
Goodreads
Website
Amazon