Illusion by Lea Nolan and the Cheetah Girls 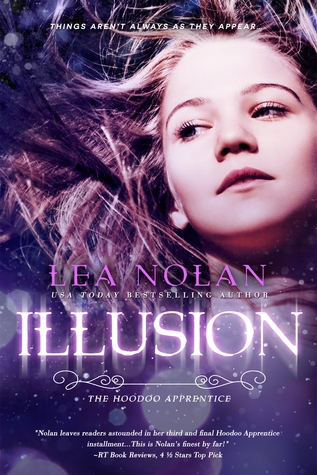 Saying the words Illusion by Lea Nolan makes me so so so sad.

If you’ve been around here a minute, you’ll know that I kinda sorta unofficially swore off finishing series. But I had to finish Nolan’s The Hoodoo Apprentice series for several reasons:

When you get into the story you’ll see that a large chunk of the characters are diverse. Yes! No only is Miss Delia an oooooold African American woman who practices geechee hoodoo (look it up, South Carolina stuff), but many of the important minor characters are also of color. The setting is so diverse because back in the day the slaves practiced various forms of white and black magic based on what they had practiced in their home countries before being brought to America as slaves.

So our heroine Emma has to sharpen her hoodoo magic in order to save her family and the boy she loves from the evil and nasty creature who’s been bothering them for years. And of course, there’s a sad bit in there that I’m not going to dwell on but with the last of a book, you know something bad has to happen. But I suppose it’s a right of passage that has to happen so Emma can become a full fledged hoodoo practicer. I don’t want to use the word witch because that implies something evil.

If you’re looking for a bit of romance, it’s in here too, not too much, thank goodness, all that kissing makes me gag. But what you’ll get is a smart heroine, her supportive twin brother, and the beloved Miss Delia (whom I imagine looks like Cecily Tyson) in an adventure that shows that girls can be strong, smart and pretty. Wow that was a long sentence. And I envision the nasty nemesis  Taneea to look like this: 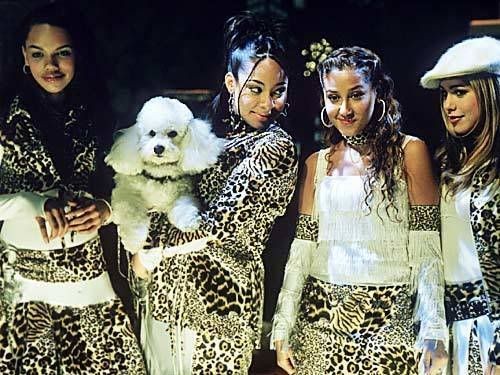 A mash up of all the Cheetah Girls. Except with lots of pink.