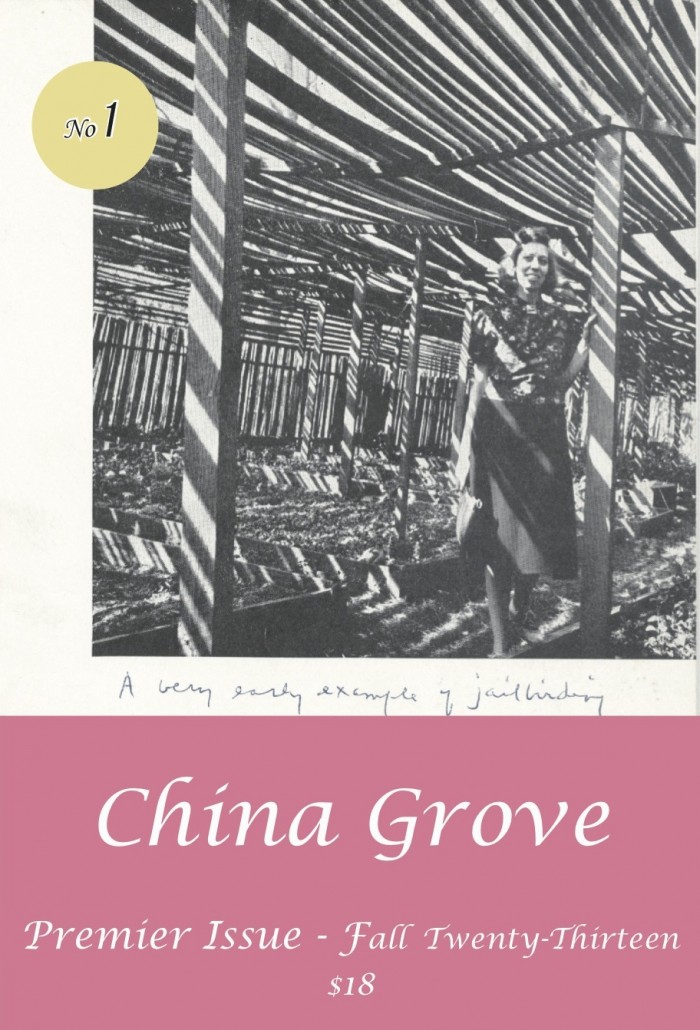 If you liked The Immortal Life of Henrietta Lacks (even if it took me a looong time to finish and no matter I whined the whole way through) you’ll love China Grove.Â  Here’s what’s up:

Edited by R. Scott Anderson MD and Lucius M. â€œLukeâ€ Lampton MD, the first issue features an exclusive interview with National Book Award winner Ellen Gilchrist and a new short story from her latest book â€œActs of God.â€ Also inside readers will find a previously unseen letter from Mark Twain about an unpublished work called â€œThe Great Republicâ€™s Peanut Stand,â€ a love letter from Pulitzer Prize winner Eudora Welty to crime-fiction writer Kenneth Millar (Ross Macdonald) with an insight into the entire collection of Welty-Millar correspondence unsealed for the first time just this year, and of course original submissions from fresh writers across the country.

Lampton grew up in the thick of southern literature. He lived among the likes of Willie Morris, Shelby Foote, Walker Percy, and Welty herself. He publishes a community newspaper called The Magnolia Gazette. As an author of monthly columns, screenplays and three books, Anderson experienced first hand the up-hill battle new writers have in getting attention for their work. So with their combined knowledge and interests, â€œChina Groveâ€ was born.

â€œOur goal is to give talented newcomers a chance to be published next to legends, and to see the history of what it is theyâ€™ve chosen to pursue as a vocation,â€ Anderson said.

Going forward, the lit-loving doctors plan to publish two issues in 2014 and go quarterly in subsequent years. They accept unpublished short fiction, poetry and essays for consideration. Every issue will feature a cornerstone interview with a famous Mississippi author. Among their next targets is Gulfportâ€™s Natasha Trethewey, the current United States Poet Laureate.

The journal will also award two new literary prizes: The Gilchrist Prize in Short Fiction given biannually starting Fall 2014 with a monetary gift of $2,000, and The China Grove Prize in Poetry starting in 2015.

Submissions should be sent in through the â€œChina Groveâ€ website. The deadline for the February 2014 issue is October 1, 2013, and for the August 2014 issue is April 1, 2014. Single copy issues in print or online are $18. Subscriptions are $45 for the first three issues.

Ok, so its not medically related but who doesn’t love rich Southern historical literature? I’m thinking the gentility of To Kill a Mockingbird meets the southern accent of Forrest Gump.Â  I dunno.