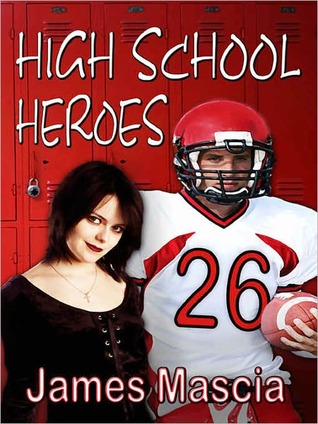 What if?you discovered you had the ability to read minds? What would you do with that power? On Christine Carpenter’s first day of her sophomore year at Thomas Jefferson High School she makes a startling discovery. She can hear peoples’ thoughts. After convincing herself she’s not going crazy, Chris must learn to control her amazing mind-reading ability. Using her power she quickly realizes her crush, the captain of the football team, is also blessed with a special ability. She is soon sucked into a world she never thought possible when two more of her classmates, and a teacher, turn out to have powers as well. What are they meant to do with their special gifts that can either help, or harm others? Christine soon finds out when a monster, lurking in the depths of her school, threatens to murder the student population. When it becomes apparent that the creature is someone she knows, she must decide whether to try and save him, or destroy the beast. If she chooses destruction, can she live with the consequences? There are a few things I hafta admit about this title.  The first one is that book title reminds me of the song Jukebox Hero song by Foreigner. Ok so now that you have that tag line in your head, I can admit #2, which is that I really wasn’t feeling this book.  I liked the premise, but the author lost me with the whole Nazi/US military experiment. But, just because the book didn’t move me, doesn’t mean it might not work for YOU. Give it a try and let me know what you think! If I’m not mistaken, it’s a series, so who knows..?