Don’t Forget DEXTER! by Lindsay Ward is so Cauuuuuute! and #GIVEAWAY 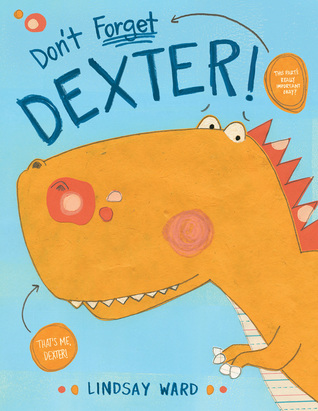 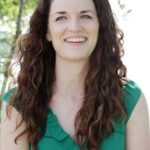 Lindsay Ward was inspired to write this book after her husband texted her a photo of a toy dinosaur abandoned at a doctor’s office. The caption read: “Well, they left me here.” Lindsay thought it was so funny that she sat down to write Dexter’s story immediately. She is also the author and illustrator of Brobarians, Henry Finds His Word, and When Blue Met Egg. Her book Please Bring Balloons was also made into a play.
Most days you can find Lindsay writing and sketching at her home in Peninsula, Ohio, where she lives with her family. Learn more about her online at www.LindsayMWard.com  or on Twitter: @lindsaymward.
Praise for  DON’T FORGET DEXTER!
★ “Ward’s ink, colored-pencil, and cut-paper illustrations give readers a toy’s view of the world and allow children to stomp in Dexter’s feet for a while, his facial expressions giving them lots of clues to his feelings. Lost and found was never so riotously funny or emotionally draining.” —Kirkus Reviews (starred review)
“Ward (Brobarians) is as funny as ever as she chronicles her orange hero’s nervous, no-filter state of mind, and her cut-paper, pencil, and ink drawings—with their visual asides, annotations, and shifts in scale—are irrepressible. It’s high anxiety made highly adorable.” —Publishers Weekly
Check out some fun activities here!
And now the GIVEAWAY: Leave a comment here for a chance to win a copy in what’s sure to be your new beloved book! LOOK AT ALL THE CUTE!!!!