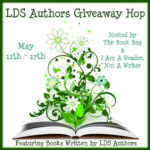 Good luck, I hope you win!