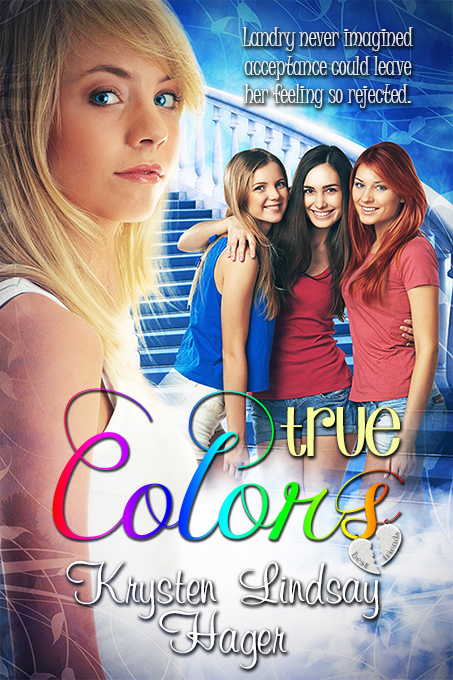 A little competition can really bring out peopleâ€™s true colors

Being a young teen isn’t easy. It’s hard to know who your friends are and who is trustworthy. Â  While my middle school days are long over, my pumpkin’s days of middle school happened fairly recently. Â I remember the arguments, the lip gloss, the boys, trips to the mall, and the general confusion of tryingÂ to figure out your place in society. Our main character, Landry, has similar issues. On top of all of the hassles of being in middle school, she’s beginning a modeling career!

Landry Albright just wants to be one of the interesting girls at school who always have exciting things going on in their lives. She wants to stand out, but also wants to fit in, so she gives in when her two best friends, Ericka and Tori, push her into trying out for a teen reality show modeling competition with them. Landry goes in nervous, but impresses the judges enough to make it to the next round. However, Ericka and Tori get cut and basically “unfriend” her on Monday at school. Landry tries to make new friends, but gets caught up between wanting to be herself and conforming to who her new friends want her to be. Along the way she learns that modeling is nowhere as glamorous as it seems, how to deal with frenemies, a new crush, and that true friends see you for who you really are and like you because of it.

Life’s not too difficult Â for Landry, but most of the problems she encounters are of her own doing. All you need is one good friend, right?

Want more? Here’s an excerpt from the book:

The competition was for girls between the ages of thirteen and seventeen, but it felt like Ericka, Tori, and I were the youngest ones there. I only saw a couple of girls from school, and the lineup looked more like something youâ€™d see on a music video set. All the girls were gorgeous, and they had these curvy womanly bodies. I looked like a skinny little kid next to them. The first girl walked out, and I heard the judges say she â€œowned the runway,â€ and, â€œwalked like a gazelle.â€ I was starting to feel ill. I wasnâ€™t sure which way it was going to come, but I knew I had to find a bathroom â€” fast. I started to get out of line when Ericka grabbed my wrist.

â€œItâ€™s almost time,â€ she said. A tiny bit of spit flew out of her mouth and hit my cheek.

I wasnâ€™t sure why she was so intent on me going through with it, but she had a death grip on my arm, so I didnâ€™t have much of a choice. Her number was called and she walked out to the stage. One of the other girls said she walked like a kid with sand bucket stilts on her feet, but she came back with a smirk on her face like she knew sheâ€™d get chosen.

â€œThey said they had never seen such long legs,â€ she said.

â€œShe walks like a gorilla at feeding time,â€ said the girl behind me. I went next, and I tried to focus on not tripping over my feet. My momâ€™s pumps had a rubber sole on the bottom, which probably wasnâ€™t the brightest idea seeing as my shoes were making squeaking noises as I walked. I was so nervous I couldnâ€™t stop smiling as I walked. I looked like the plastic clown who blows up balloons with its mouth at the Pizza Palace. When I got to the end of the runway, I tried to cross my feet to turn like the other girls had, but I over rotated and ended up doing a full spin which made my kilt fan out and gave the mall walkers a view of my blue underpants. I tried to act like it was intentional and did an extra turn. One of the judges put her hand up to stop me, and I held my breath as she started to speak.

I had a plaid kilt when I was a teen. Oh the good old days! Thanks for a fun read Krysten!

About the Author: Krysten Lindsay Hager is an author and book addict who has never met a bookstore she didnâ€™t like. Sheâ€™s worked as a journalist and also writes middle grade, YA, humor essays, and adult fiction. TRUE COLORS is her bestselling debut novel from Astraea Press. She is originally from Michigan and has lived in South Dakota, Portugal, and currently resides in Southern Ohio where you can find her reading and writing. She received her masterâ€™s in American Culture from the University of Michigan-Flint.