I don’t read many thrillers, but I always look forward to anything Sandra Brannan writes!  Her latest title, Solomon’s Whisper, is just as good as her other books.  Here’s a bit about the book:

As Liv Bergen investigates the long-ago murder of her niece, she uncovers a well-guarded secret—and stumbles into one the most prolific killer she’s faced yet. 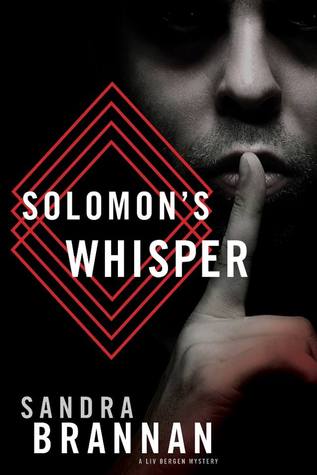 Once an amateur sleuth, Liv “Boots” Bergen has now found her footing as an official FBI agent. It should be Liv’s dream career—she’s working closely with a bureau legend, Agent Streeter Pierce, as well as the exotic Agent Jack Linwood, with whom she shares a growing romance. Liv has proven to be an adept agent, and the whole office has been moved to a brand new, state-of-the-art facility in central Denver.

And yet, doubt plagues her. Liv is tormented by the knowledge that her work with the FBI could endanger her extended family—and has almost resolved to leave the bureau as a result. Agent Streeter Pierce, who harbors an affection for Liv that sometimes transcends the professional, comes up with an unorthodox plan to keep her around: she can investigate a cold case that’s especially important to her, the kidnapping and murder of her ten-year-old niece, Brianna.

Liv jumps at the chance, but her focus on finding Brianna’s killer is soon diluted. Piece by piece, the case reveals itself to be just one point in a harrowing series of murders. Spanning decades and the country, the web of crime Liv uncovers causes her to question everything—including the integrity of her own colleagues. (SandraBrannan.com)

So. I love Brannan’s books because just when I think I’ve figured it out, Brannan shows me that I am completely and utterly stupid. Not only have I not figured it out,  there’s this side complication that I didn’t even consider!

Much love for female agents and girl power and all that. Bergen’s character is tough but also not afraid to show an affectionate side for her dog, her family, and maybe her boyfriend.

And who doesn’t love the name Streeter Pierce?

Brannan, not only do I need a beta copy of your next book, I need a Streeter Pierce PREQUEL.

Can you get on that?

Proud to be part of the JKS Blog Tour. 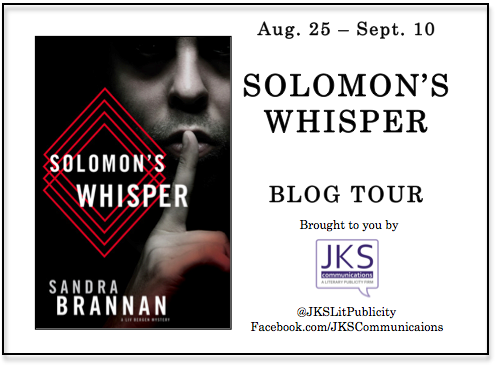