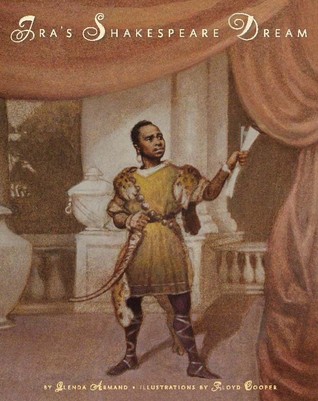 So we are just a few days into February, how is your reading going? Have you found any great new reads that focus on African Americans? Here’s a book that I reviewed a minute ago, but it is so AWESOME I wanted to remind you about it again.

Ira Aldridge was a free Black in the 19th century. Despite these circumstances, however, he became renown as an actor around the globe. He is especially famous for acting as Othello.  Here’s my review. I think the age group on this book could go as young as Kinder and work up to early elementary. Kids can read the book themselves or as part of a teacher’s read aloud. There are so many ways you could incorporate this into your studies!

African Americans plus Shakespeare, what’s NOT to love???!!!