There comes a time in your life when things happen serendipitously, which makes the occurrence all that more special.   My trip to New York to attend BEA13 was such a trip.  You hafta take each experience as it comes and be in the moment (thanks John Kabat Zinn) and I’m happy to say that one of those experiences for me as meeting Congressman John Lewis.

I don’t talk politics much here but it important to me that kids are made aware of the past so that they can change the future.  It’s also important to me that kids of all races, ethnicities, orientations, etc can find books that appeal to them.  That’s why I was thrilled to discover that Congressman Lewis has penned a graphic novel describing his activities during the Civil Rights era.

The novel, called March, debuts in September but Lewis was at BEA speaking and sharing the book with us.  I was lucky enough to get in line and meet the Congressman myself! 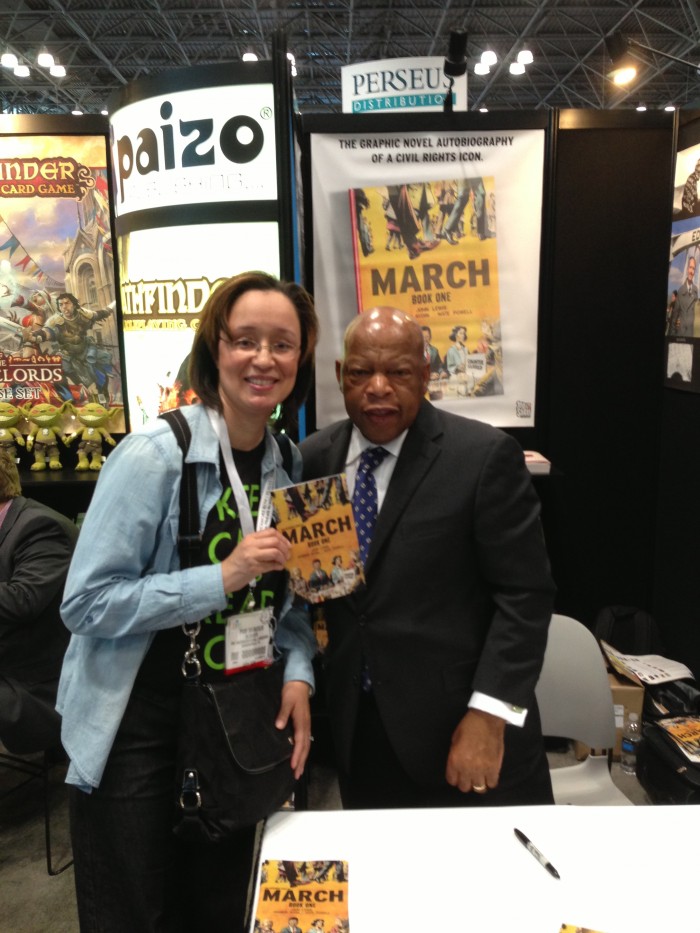 I’ll share more about the book later because I think it’s an important piece to discuss.  To be sure, I’m not the only person who thought his book was monumental.  I received an email from Top Shelf Productions telling me about what happened at BEA.  And whaddaya know? My big ol mug was in the photo taken during BEA! Here’s the link to see the story.