The Book of Matt by Stephen Jimenez -The Matthew Shephard Story 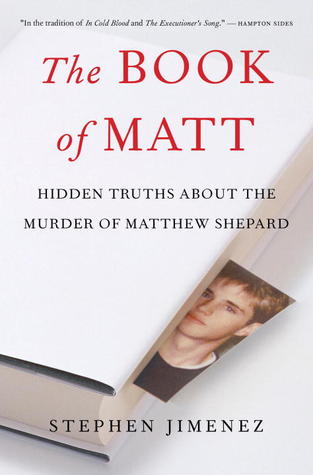 If you’re unfamiliar with Matthew Shepard, he was a young man murdered in the late 90s and his death was labeled the worst hate crime.  Jimenez wanted to investigate further: